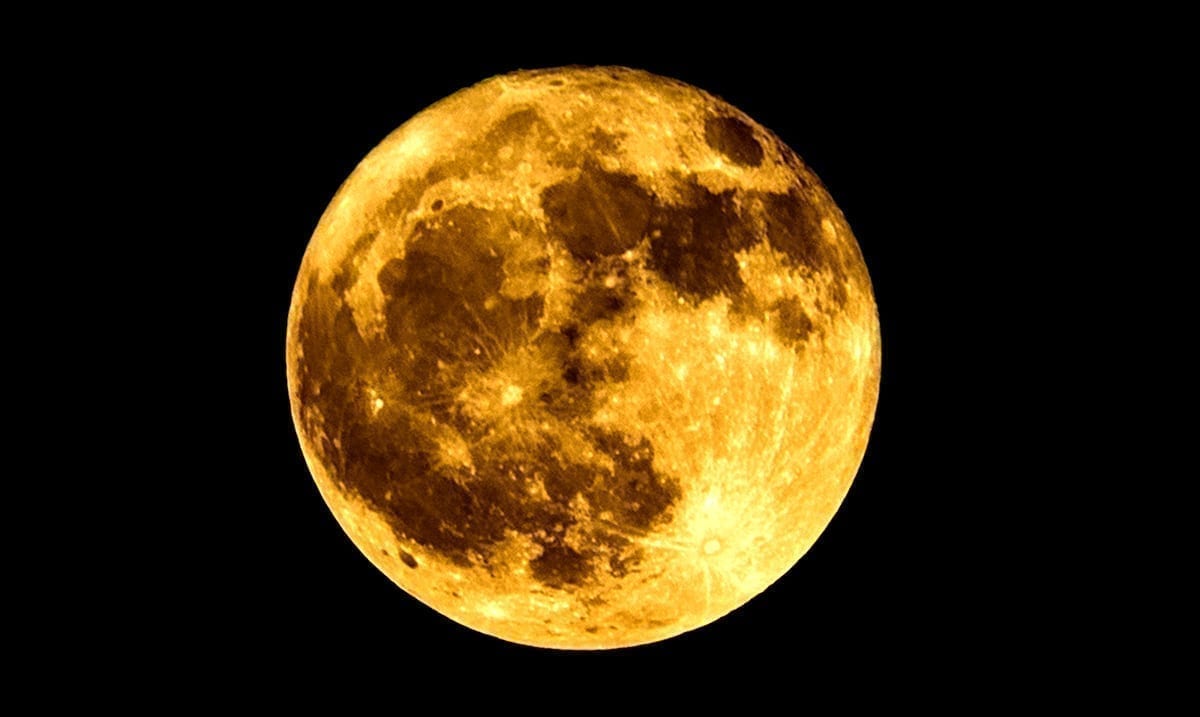 While it might sound crazy, apparently the moon is rusting. Yes, you read that correctly, the thing that lights up our night sky is literally rusting.

In recent times NASA’s JPL posted an article to their website going over how the moon itself is currently rusting and breaking down what is known about it and well, what is not. You see, while we know Mars is a rusty planet the moon itself is a place we would not expect to find rust.

The article NASA’s JPL posted went over a paper published in Science Advances and within that study data from ISRO’s Chandrayaan-1 orbiter is gone over. Through that data, this rust was identified. After finding hematite things went down a rabbit hole and from there rust was identified.

NASA wrote as follows on this topic:

The mystery starts with the solar wind, a stream of charged particles that flows out from the Sun, bombarding Earth and the Moon with hydrogen. Hydrogen makes it harder for hematite to form. It’s what is known as a reducer, meaning it adds electrons to the materials it interacts with. That’s the opposite of what is needed to make hematite: For iron to rust, it requires an oxidizer, which removes electrons. And while the Earth has a magnetic field shielding it from this hydrogen, the Moon does not.

“It’s very puzzling,” Li said. “The Moon is a terrible environment for hematite to form in.” So he turned to JPL scientists Abigail Fraeman and Vivian Sun to help poke at M3’s data and confirm his discovery of hematite.

“At first, I totally didn’t believe it. It shouldn’t exist based on the conditions present on the Moon,” Fraeman said. “But since we discovered water on the Moon, people have been speculating that there could be a greater variety of minerals than we realize if that water had reacted with rocks.”

After taking a close look, Fraeman and Sun became convinced M3’s data does indeed indicate the presence of hematite at the lunar poles. “In the end, the spectra were convincingly hematite-bearing, and there needed to be an explanation for why it’s on the Moon,” Sun said.

Their paper offers a three-pronged model to explain how rust might form in such an environment. For starters, while the Moon lacks an atmosphere, it is in fact home to trace amounts of oxygen. The source of that oxygen: our planet. Earth’s magnetic field trails behind the planet like a windsock. In 2007, Japan’s Kaguya orbiter discovered that oxygen from Earth’s upper atmosphere can hitch a ride on this trailing magnetotail, as it’s officially known, traveling the 239,000 miles (385,00 kilometers) to the Moon.

That discovery fits with data from M3, which found more hematite on the Moon’s Earth-facing near side than on its far side. “This suggested that Earth’s oxygen could be driving the formation of hematite,” Li said. The Moon has been inching away from Earth for billions of years, so it’s also possible that more oxygen hopped across this rift when the two were closer in the ancient past.

While this in itself shouldn’t necessarily be possible, the more it’s broken down the more potential sense it seems to make. With the evidence present, it’s hard to ignore. With the ‘rust’ being more concentrated on the side of the moon that faces Earth itself, our planet is likely having something to do with the moon’s rusting. While more research will need to be done, this is quite the find.

And, Li speculated, oxygen from the Earth travels on this magnetic tail to land on the moon, where it interacts with lunar water molecules to create rust.

The magnetic tail also blocks nearly all solar wind during the full moon — meaning the moon is temporarily shielded from the blast of hydrogen, opening a window for rust to form.

“Our hypothesis is that lunar hematite is formed through oxidation of lunar surface iron by the oxygen from the Earth’s upper atmosphere that has been continuously blown to the lunar surface by solar wind when the Moon is in Earth’s magnetotail during the past several billion years,” said Li in a press release by the University of Hawaii.

“This discovery will reshape our knowledge about the Moon’s polar regions,” he added. “Earth may have played an important role on the evolution of the Moon’s surface.”

This theory could also explain why rust has been found on other airless bodies like asteroids. “It could be that little bits of water and the impact of dust particles are allowing iron in these bodies to rust,” Fraeman said.

But some questions remain unanswered — for instance, though most of the rust was found on the nearside of the moon, some smaller traces were also detected on its far side, where the Earth’s oxygen shouldn’t be able to reach. It’s also still unclear how exactly water on the moon is interacting with rock.

To gather more data for these unsolved mysteries, NASA is building a new version of the instrument that collected all this existing data about the moon’s mineral composition. One of these features will be able to map water ice on the moon’s craters — and “may be able to reveal new details about hematite as well,” said the NASA release.

What do you think about all of this? I for one am blown away. I never expected that anyone would find rust on the moon of all places.