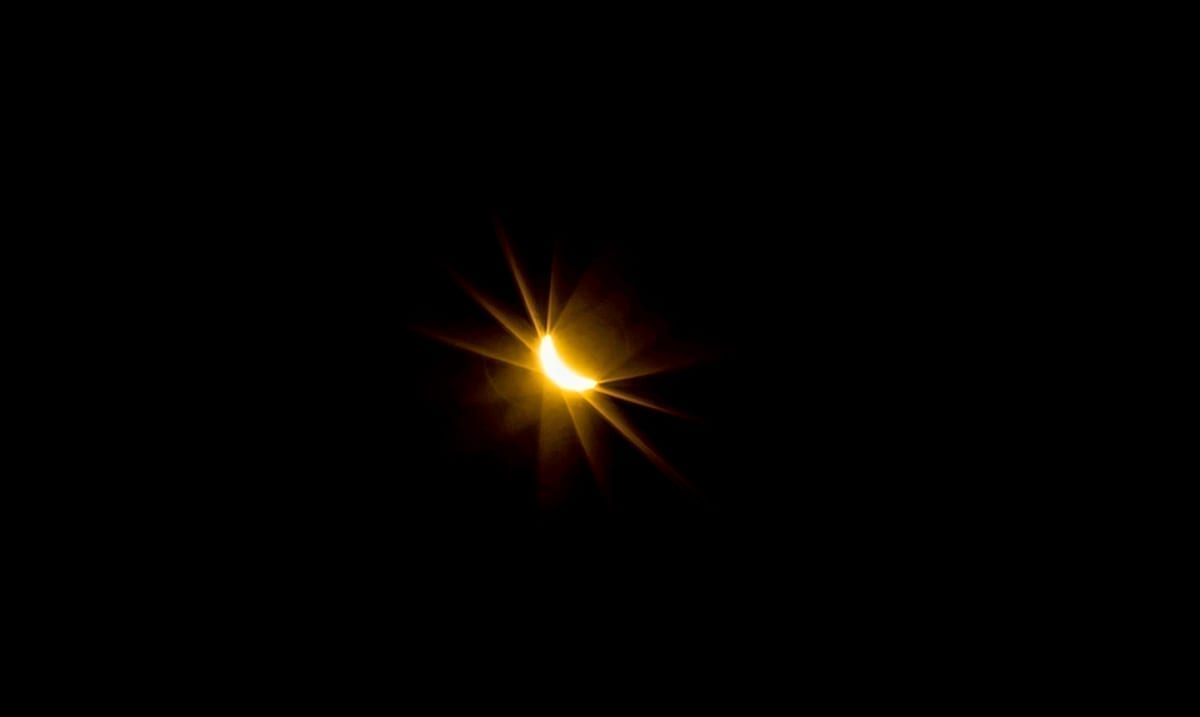 The Moon Disappeared In 1110

By Gerald Sinclair January 10, 2021 No Comments

While even now we do not fully understand the things that have taken place in the past, as time moves forth we are learning more and more each day. In recent times it seems we may have figured something quite interesting out.

For those who do not know back in roughly 1110, the moon itself vanished from the night sky. It was no longer present and well, for a very very long time we had no idea why. While it might sound crazy that we know this in itself happened at all considering it was so long ago, researchers have managed to really bring up a lot more than most would expect on the topic. Basically what seems to have occurred is that there was some kind of sulphur-rich particles creating an enormous cloud flowing through the stratosphere. This essentially turning the sky dark for quite some time. Seemingly all caused by a series of ‘forgotten’ volcanic eruptions.

Live Science wrote as follows going over this:

There’s no use sugar-coating it: According to one scribe in medieval England, A.D. 1110 was a “disastrous year.” Torrential rainfall damaged crops, famine stalked the land — and, as if that wasn’t bad enough, on one fateful night in May, the moon simply vanished from the sky.

“On the fifth night in the month of May appeared the moon shining bright in the evening, and afterwards by little and little its light diminished,” the unnamed scribe wrote in the Anglo-Saxon manuscript known as the Peterborough Chronicle. “As soon as night came, it was so completely extinguished withal, that neither light, nor orb, nor anything at all of it was seen. And so it continued nearly until day, and then appeared shining full and bright.”

Clouds weren’t the problem; if they were, the scribe would not go on to describe how bright and twinkling the stars appeared while the moon faded from view. Nor was the moon being eclipsed by Earth’s shadow — if it was, the skywatcher would have seen the orb become a coppery “blood moon,” not an eerie blank spot in the sky.

So, what made the moon disappear in an already dismal year? According to a study published April 21 in the journal Scientific Reports, the explanation for both the moon’s mysterious vanishing act and the rain-ravaged summer that followed may be one and the same — volcanoes.

“The spectacular atmospheric optical phenomena associated with high-altitude volcanic aerosols have caught the attention of chroniclers since ancient times,” the study authors wrote. “Careful evaluation of ice core records points to the occurrence of several closely spaced volcanic eruptions,” which may have occurred in Europe or Asia between A.D. 1108 and A.D. 1110.

This ‘forgotten’ cluster of eruptions brought forth an intense period and while we were not always aware of them, now that we are we can work to better understand exactly what occurred. This kind of thing is monumental and really brings a lot to the table. While it might not sound like much because it’s going over something from so far in the past, it can help us better understand so much more as time passes.

The abstract of the study posted covering this under the title ‘Climate and societal impacts of a “forgotten” cluster of volcanic eruptions in 1108-1110 CE’ goes as follows:

Recently revised ice core chronologies for Greenland have newly identified one of the largest sulfate deposition signals of the last millennium as occurring between 1108 and 1113 CE. Long considered the product of the 1104 CE Hekla (Iceland) eruption, this event can now be associated with substantial deposition seen in Antarctica under a similarly revised chronology. This newly recognized bipolar deposition episode has consequently been deemed to reveal a previously unknown major tropical eruption in 1108 CE. Here we show that a unique medieval observation of a “dark” total lunar eclipse attests to a dust veil over Europe in May 1110 CE, corroborating the revised ice-core chronologies. Furthermore, careful evaluation of ice core records points to the occurrence of several closely spaced volcanic eruptions between 1108 and 1110 CE. The sources of these eruptions remain unknown, but we propose that Mt. Asama, whose largest Holocene eruption occurred in August 1108 CE and is credibly documented by a contemporary Japanese observer, is a plausible contributor to the elevated sulfate in Greenland. Dendroclimatology and historical documentation both attest, moreover, to severe climatic anomalies following the proposed eruptions, likely providing the environmental preconditions for subsistence crises experienced in Western Europe between 1109 and 1111 CE.

What do you think about all of this? I find it mind-blowing that in current times we are able to make sense of things that happened so long ago. Our history is full of mysteries and through things like this, we are unraveling those mysteries one by one. Isn’t it fascinating?