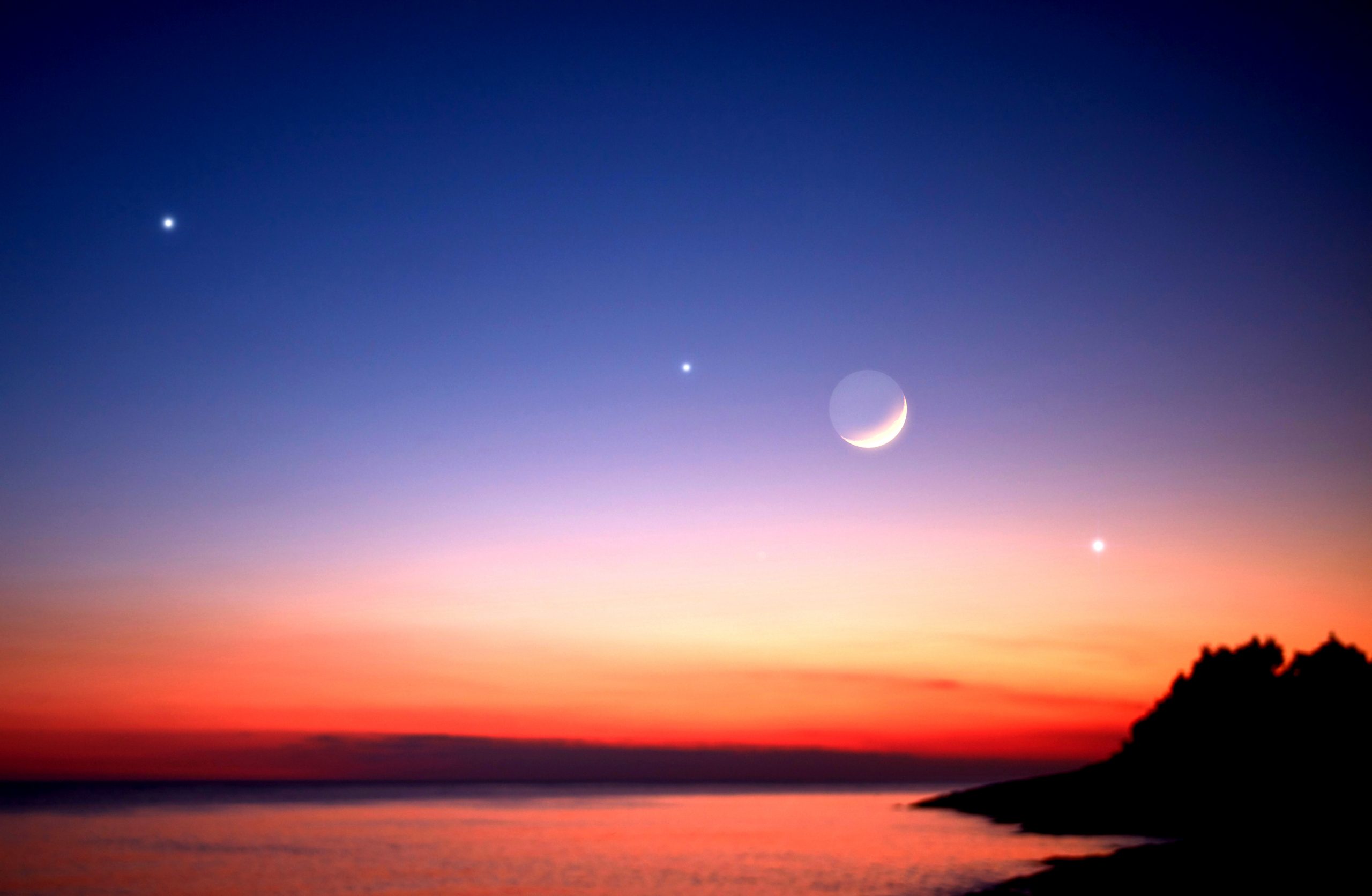 The Moon And 3 Planets Will Be Visible In The Sky After Sundown This Week – Look Up!

October is a beautiful month, chock-full of wonderful surprises, and this weekend will be no exception. On Saturday evening, look up at the sky, because the moon will start its trist with three other planetary bodies.

This conjunction will start on the 9th and continue to the 14th. Starting with Venus, which will sit beautiful and glittery next to the crescent moon, Saturn and Jupiter will join as the moon begins to wax into a waxing gibbous.

The planets and the moon will form a visible isosceles triangle, with the base of it being formed by Saturn and Jupiter. The triangle will measure at 15 degrees in length, with its vertex angle being marked by the moon.

At around 7:15, you can use a telescope to view this spectacular event – which will provide a much clearer view of the trio. You can also use some good binoculars to view it as well.

As you view it, look to the upper right of the moon, and you will see a very twinkly star, which is not a star at all, but will be Saturn and its beautiful rings.

To the upper left, you will be able to see Jupiter- which is best viewed at around 8-10 pm. If you look even closer, you can see its amazing moons, that look like tiny little stars. However, they are much larger than our moon!

And while it may seem like those planets are closer to the moon, in actuality, this spectacle will be a wonderful illusion. The moon will still be closest to us, with those planets just as far, what makes them appear close is where they are in their transit which will make them appear closer. Regardless, you don’t want to miss this!