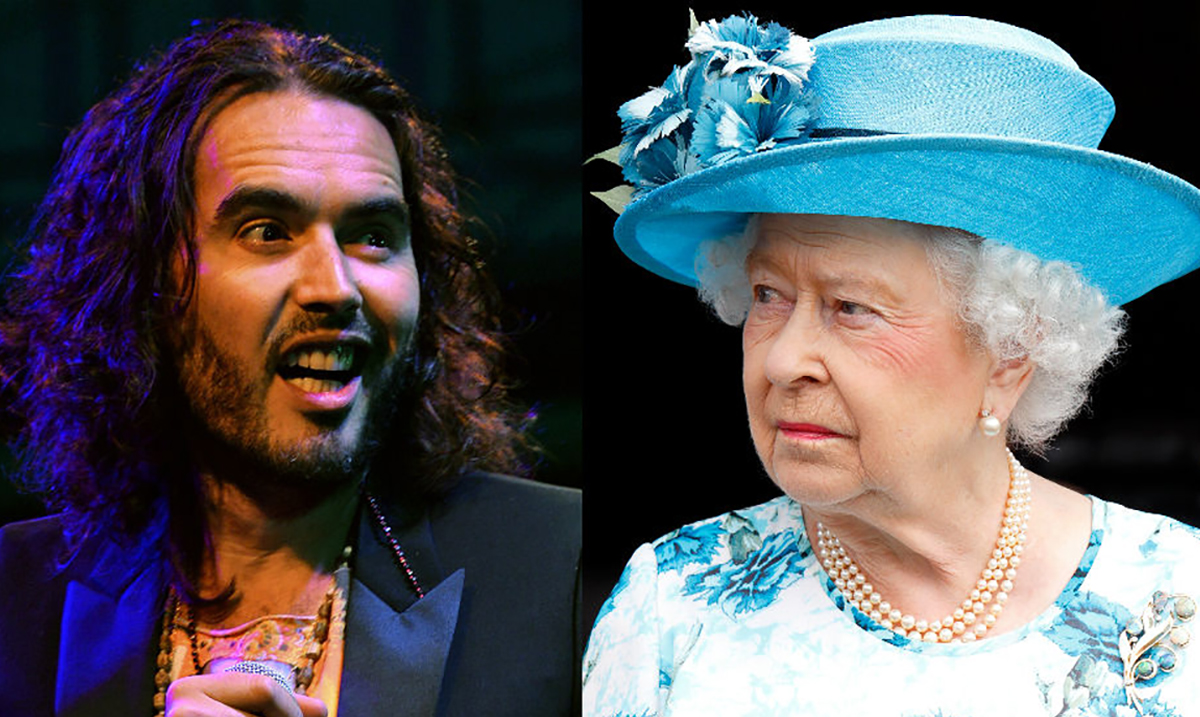 Russell Brand is a very well known comedian/actor, but sometimes he gets a bit more serious than most people think he will. He really speaks out on things he believes in whether it is going to piss off others or not.

Considering the recent royal wedding and other events, I thought now would be the perfect time to go over some of those controversial topics that are so close to his heart. If you have seen his Facebook page or his Youtube page, then you know some of the things he talks about in a more serious manner are modern day society, addiction, self-awareness/meditation, and if you dig a little deeper the royal family themselves and all that comes with their existence as a whole.

As a matter of fact, back in 2015, he posted something on his Facebook page that got him A LOT of backlash. This was actually an extract from his book Revolution. This post suggested that the Queen herself might as well just be called “Mrs. Bratwurst-Kraut-Nazi” as her roots are questionable at best.

“I mean in England we have a Queen for fuck’s sake. A Queen! We have to call her things like “Your Majesty” YOUR MAJESTY! Like she’s all majestic, like an eagle or a mountain. She’s just a person. A little old lady in a shiny hat – that we paid for. Or “Your Highness”! What the fuck is that?! What, she’s high up, above us, at the top of a class pyramid on a shelf of money with her own face on it. We should be calling her Mrs. Windsor. In fact, that’s not even her real name, they changed it in the war to distract us from the inconvenient fact that they were as German as the enemy that teenage boys were being encouraged, conscripted actually, to die fighting. Her actual name is Mrs. Saxe-Coburg-Gotha.

“Mrs. Saxe-Coburg-Gotha”!! No wonder they fucking changed it. It’s the most German thing I’ve ever heard – she might’ve well as been called “Mrs. Bratwurst-Kraut-Nazi”.

While this was something that sparked a lot of outrage it was merely his way of trying to get people to really see the deception the elitists push on us as well as the world day in and day out. Corruption of this stature whether you think it is a ‘big deal’ or not runs deep globally. It points out that while they are considered royal their blood is no different from the blood other people have, right? Again, this is a very controversial topic but it is one that is well worth at the very least looking into.

Should there be a royal family at all? Well, he has covered that as well. He is clearly very passionate about this topic and while agreeing with everything he says might not necessarily possible a lot of what he has to say in this regard does make some very important points.

What do you think about all of this? Maybe this tradition of royalty is a bit more of a sham than most people realize? Hear Brand out and form your own opinion.

Image via The Loop