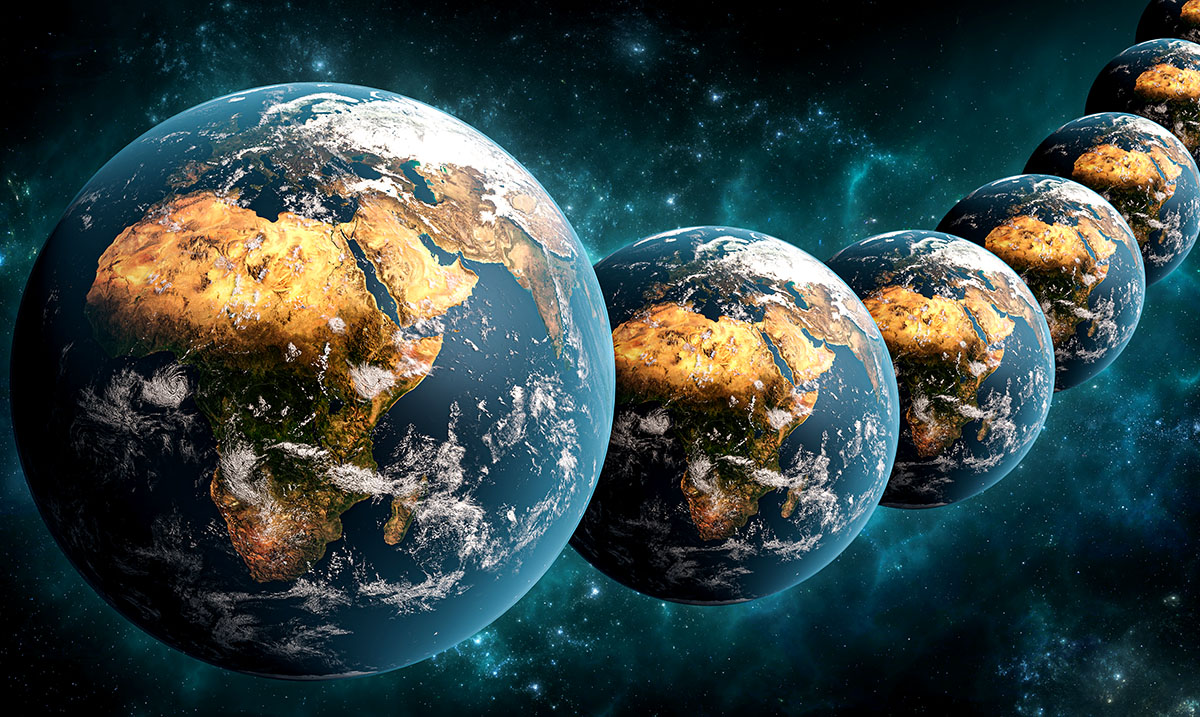 The Mandela Effect Is Real, According To Recent Study

If you are someone who tends to fall down the proverbial rabbit hole from time to time, then you’ve likely heard the term ‘Mandela Effect.’ If you haven’t, it’s basically when an entire group of people has a false memory or account of the past, so much so that it leads some to believe our reality has been tampered with in some way or that we have moved or jumped timelines.

Examples of this are that a large group of people remember Darth Vader saying “Luke I am your father,” when in reality, he said, “No, I am your father.” Others claim the Berenstain bears were the Berenstein bears, and there are many, many others.

While this type of thinking has largely been associated with conspiracy theories for quite some time, just recently, some scientists did a study on the effect and found something quite interesting. A team of psychologists from the University of Chicago decided to test the theory and in their first experiment, they had participants look at different images of a logo, character, or mascot. They used popular and classic examples of the Mandela Effect and then also added in controls.

Then, they were asked to select the image they believed was the original and rate how confident they felt about their answers, and were told to estimate how many times they had seen it. The item was considered to be a real ‘visual Mandela Effect’ (VME) if it was consistently misremembered, the people were confident about their choice, and the wrong image was also consistently selected.

For images that were already considered to be well-known and understood Mandela Effects, they had a ‘significantly higher proportion’ of being misremembered by the participants.

“These results indicate that these seven images (C3PO, Curious George, the Fruit of the Loom logo, the Monopoly Man, Pikachu, the Volkswagen logo, and Waldo from Where’s Waldo?) had not only accuracies below chance, but also specific incorrect versions that were falsely recognized as the original,” the researchers wrote in their paper.

“Thus, these seven images were labeled as ‘VME-apparent.”

“Furthermore, their accuracy is surprisingly low given the reported familiarity and confidence people had with these images,” they added.

Next, they showed them the correct images, asked that they study them, then asked them to recall them. When they were asked to decide between the VME and the correct image, the VME was consistently chosen over the studied version.

“This low accuracy for the VME image set is remarkable, given that participants had just seen the correct image minutes prior during the study phase, yet still chose the false version to indicate their memory,” the team wrote.

When asked about their choice, they would affirm what they thought they had seen through words, and still account incorrectly, and based on the VME.

“In fact, incorrect responses to VME-apparent images were more often attributed to the memory of the manipulated feature (66.54 percent) than those to matched non-VME images (44.92 percent), which instead tended to be more guess-based.”

Some still aren’t completely convinced, as a group of theorists believes it’s likely that the Mandela Effect is much like ‘The Schema theory’ which is what happens when our brain creates a picture by filling in the missing information.

Unfortunately, while the group was able to observe the collective wrong memory among the group, with an astoundingly large percentage of them sharing the same false memory, they weren’t really able to pinpoint why.

“Evidence suggests that some people may be making consistent memory errors, even with extensive visual experience with the icon and without having experienced variants before,” they write in their discussion.

“In sum, we revealed a set of images that cause consistent and shared false memories across people, spurring new questions on the nature of false memories. We show that the VME cannot be universally explained by a single account. Instead, perhaps different images cause a VME for different reasons.”

I’m still not entirely convinced that time travel doesn’t exist, which could account for all of the strange changes that large groups of people report. But, to each their own. What do you think about the Mandela effect?