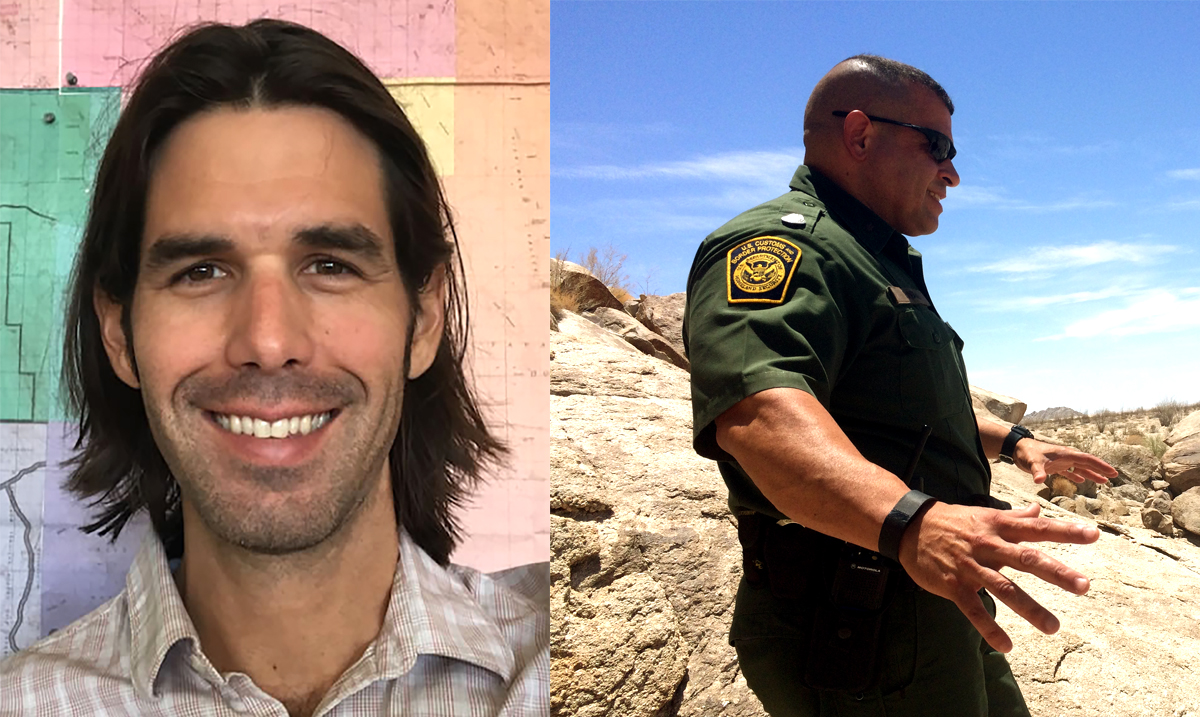 While most people don’t see anything wrong with helping those who need a hand but apparently in this case things are ‘different.’ Scott Warren a college professor who does a lot of volunteer work and always sticks his neck out for others has recently been arrested.

Warren was arrested by border patrol and charged with two counts of harboring illegal aliens. This as well as one charge for conspiracy to transport. For those who do not know these charges are very serious and could land him around 20 years in prison. Warren works with the group ‘No More Deaths’ and often leaves water and food in the desert for immigrants who happen to be trying to cross the border. Many of these gallons of water are destroyed by border patrol but some of them end up in the hands of those who need them.

Warren was caught on camera while out placing food and water where it was needed helping a pair of migrants from Central America who were starving, dehydrated, and struggling with blistered feet. His first trial was ruled as a mistrial but one of his charges were dropped during the process. This leaving him with just the two harboring illegal aliens charges. That having been said, we have not heard much since regarding his case or others like his.

CNN wrote as follows in regards to his trial and statement:

A spokesperson for the US attorney’s office confirmed the developments but was unable to say whether the offer included no jail time for Warren.

Kuykendall said it will be up to his client whether to agree to the offer or go to trial, now scheduled to start November 12, on the harboring charges.

“While I do not know what the government has hoped to accomplish here,” Warren said in a written statement,” I do know what the effect of all this has been. A raising of public consciousness. A greater awareness of the humanitarian crisis in the borderland. More volunteers who want to stand in solidarity with migrants. Local residents stiffened in their resistance to border walls and the militarization of our communities. And a flood of water into the desert at a time when it is most needed.”

This is an issue many people are torn on, while plenty of people do not want immigrants coming into the US, does that mean they deserve to die in the desert for trying? Does anyone deserve to die over wanting to do all they can to make a life for themselves and the people they care most about? We are humans and humanitarian aid is important regardless of the circumstances.

The Independent wrote as follows in regards to Warren’s arrest:

Mr. Warren’s defense lawyers said their client was targeted by the Justice Department because No More Deaths had distributed a video showing Border Patrol agents destroying jugs of water that the group had placed in the desert.

Mr. Warren was arrested a few hours after the video was posted online. A spokesman for Customs and Border Protection, Robert Daniels, said the agency could not comment during the pending prosecution.

Border Patrol agents arrested Mr. Warren and the two migrants – Kristan Perez Villanueva, From El Salvador, and Jose Sacaria Goday, from Honduras – on 17 January 2018, at a house called the Barn, about 110 miles from Tucson.

The site serves as a base camp for No More Deaths – the group’s volunteers congregate there, store provisions in its shed and set out from there to search the desert for migrants’ remains.

What do you think of all of this? Should he spend time in prison or should he walk free? This kind of thing will never be something everyone can agree on but where should the lines be drawn? Did he really do anything wrong in helping those who so desperately needed his help? These two would have died without him.