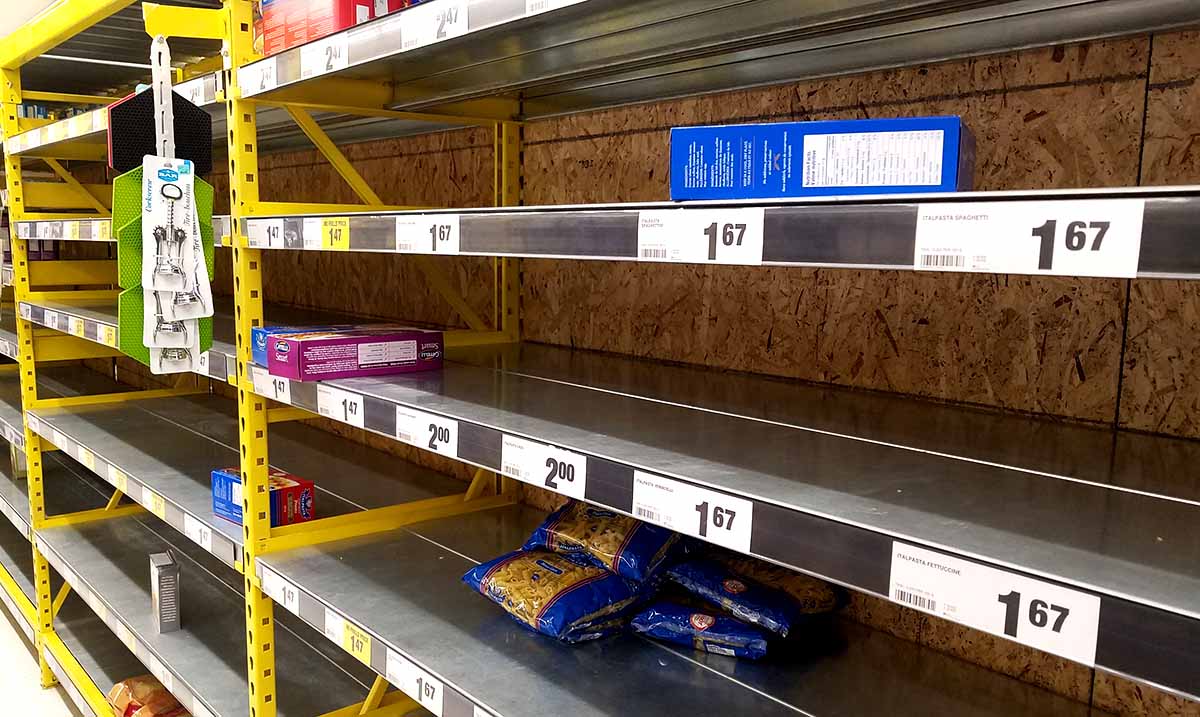 The Looming, ‘Slow-Moving Disaster’ To Hit The World: A Food Apocalypse

As someone who pays very close attention to the shelves and prices in the grocery store, I have recently noticed something quite strange: the prices of all groceries have risen quite immensely, and half the time, the stores are not stocked like they once were. Say what you will, but this is not a good sign.

Only adding fuel to the proverbial fire, are the shortages of fertilizer and food that have followed the Russian invasion of Ukraine, and the sanctions that have been enacted by the West. One side of this, is because Ukraine is a major wheat producer and another is due to the fact that Russia is also a mass grower who isn’t likely to be exporting to other parts of the world right now. Additionally, says the NY Post, Russia is the world’s largest producer of fertilizer.

Even if all of that wasn’t the case, the inflation that has followed runaway spending has not been great. Even before the Russian invasion of Ukraine, grocery prices have steadily been rising. Theo de Jager, the President of the World Farmers Organization says, “Prices are more or less 78% higher than average in 2021, and this is cracking up the production side of agriculture. In many regions, farmers simply can’t afford to bring fertilizers to the farm, or even if they could, the fertilizers are not available to them… And it’s not just fertilizers, but agrichemicals and fuel as well. This is a global crisis, and it requires a global response.”

In March, the FAO’s Food Price Index reached 160 points, which is the highest it has ever been.

In the report, they note how both Russia and Ukraine are major parts of the global commodity markets. And this only adds to the fact that prices were already being driven up due to Covid-19 recovery (as stated in the report.)

According to CNBC, in regards to the fertilizer shortage, “Russia and Belarus had provided about 40% of the world’s exports of potash,” continuing they say, “Russia’s exports were hit by sanctions. Further, in February, a major Belarus producer declared force majeure- a statement that it would be able to uphold its contracts due to forces beyond its control.

“Russia also exported 11% of the world’s urea, and 48% of the ammonium nitrate. Russia and Ukraine together export 28% of fertilizers made from nitrogen and phosphorous, as well as potassium, according to Morgan Stanley.”

Another added issue is the bird flu, which is affecting chickens. Due to it, many chickens have been culled, while millions more have died from the disease.

“All of this is a double whammy, if not a triple whammy,” said Bart Melek, a global head of commodity strategy at TD Securities. “We have geopolitical risk, higher input costs and basically shortages.”

As these issues begin to compound on one another, we could see massive shortages and even higher costs. Unless the policymakers and powers that be, not only in the U.S., but worldwide make some major changes, this could continue to be a problem that only grows worse.