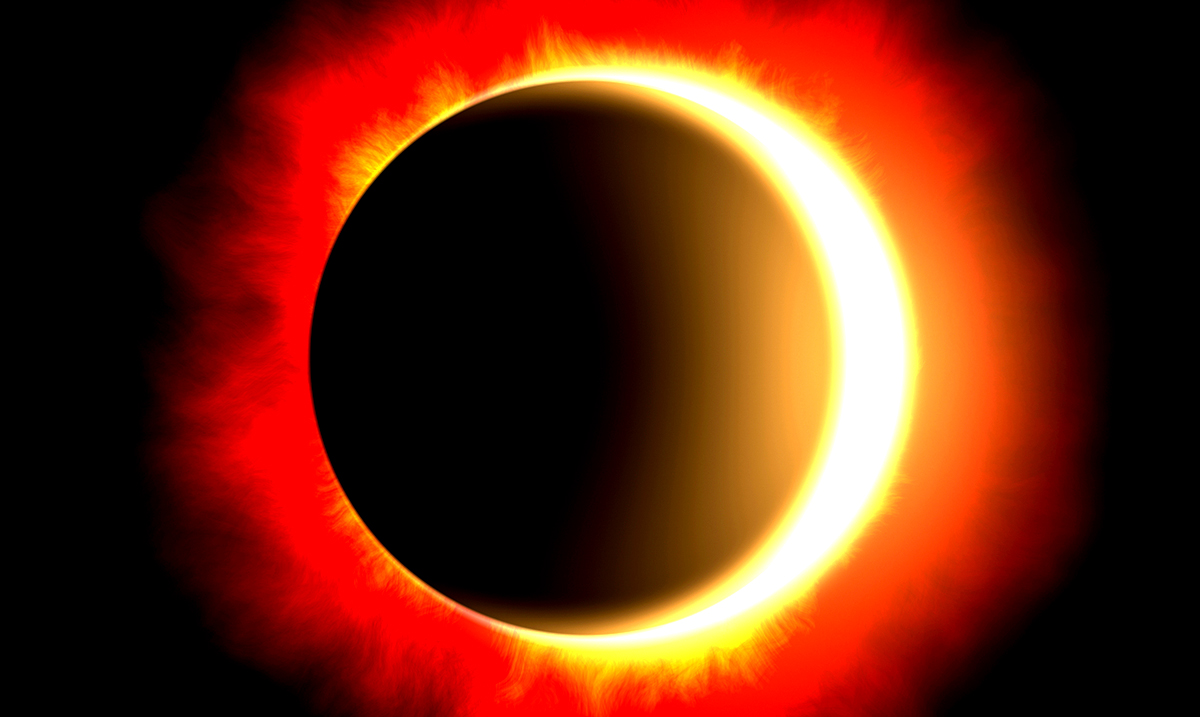 By Gerald Sinclair December 24, 2019 No Comments

As we move through the last week of December there is a pretty interesting event coming up. On the day after Christmas, there will be a solar eclipse.

While this solar eclipse will not be something everyone can see, those who do get to see it will be able to gain quite a treat as during the event it will appear as though the sun is nothing more than a ring of fire. Those who will be able to see this event will likely be people living in places like Europe, Asua, Australia and so forth. If you’re in the US, you will not be able to watch unless you’re watching a live stream online. While this path doesn’t cross with everyone those who are going to be able to watch are likely quite excited for the event itself.

Now, for those who might not be aware, a solar eclipse is something that happens when the Moon is passing the Sun. Sometimes it passes through the center and perfectly covers it while other times things are a bit off causing only part of the Sun to be blocked. This eclipse won’t cover the whole Sun but it will bring forth quite the sight as it creates a ring of fire during its process through.

In regards to this solar eclipse Space.com wrote as follows on their website:

The “ring of fire” eclipse on Dec. 26 will be visible from Saudi Arabia, Qatar, India, Sumatra, Borneo, Guam, and the Philippines. Skywatchers in other parts of Asia, Australia, and Africa will be able to see a partial eclipse.

During this eclipse, the moon will cross directly in front of the sun for viewers along the centerline of its path. However, because the eclipse occurs just a few days after the moon reaches apogee — its farthest distance from Earth — its apparent size in the sky will be smaller than the sun. This means that it won’t block the sun entirely, but it will instead turn the sun into a blazing “ring of fire” from Earth’s perspective.

The first location to see the annular eclipse is 137 miles (220 kilometers) northeast of Riyadh, Saudi Arabia, according to eclipse expert Fred Espenak’s website EclipseWise.com. It will begin there at 6:34 a.m. local time (0334 GMT), and the “ring of fire” phase will last 2 minutes and 59 seconds.

Guam will be the last place on Earth to see the eclipse; the island will see the annular phase last for more than 3 minutes, but the sun will set before the partial phase of the eclipse has ended.

However, just because not all of us will be seeing this event does not mean we will all be missing out on its energies. Regardless of where we are in this world, we will be feeling the effects this event has to offer. Renewal and change are going to be something we cannot avoid.

To learn more about this whole ordeal please check out the video below. While it might not be as mind-blowing as a total solar eclipse, it is still worth keeping an eye out for depending on where you are. This is a great way to end the decade, wouldn’t you agree?