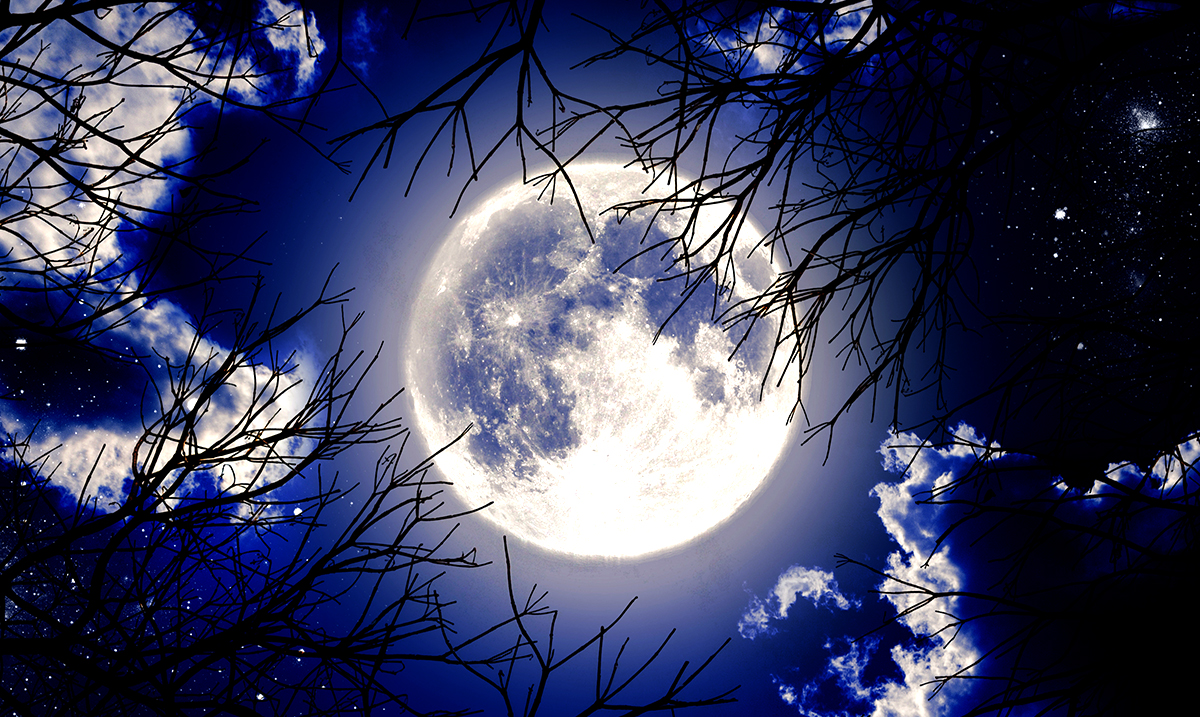 The Last Full Moon Of Winter Is Coming – Prepare Yourselves!

Spring is right around the corner, and while some of us are experiencing the last few moments of Winter, it won’t be long before the days begin getting longer, warmer, and sunnier. To mark the ending of Winter and the beginning of Spring, we are going to encounter one last full moon: the worm moon.

Each full moon of the year has a unique name, given to it by the cultures and folklore of the past. March is named the full worm moon, because during the early spring, as the soil begins to warm, worms can typically be found more than usual.

In turn, birds tend to feed off of them, which is a sure sign that spring is upon us.

According to the Farmer’s Almanac, there is another likely explanation for the name. According to various Native American Tribes, the word worm may also be given due to beetle larvae, which can be found on thawing tree bark during this time.

“The tribes kept track of the seasons by giving distinctive names to each recurring full moon,” the Almanac says. “Their names were applied to the entire month in which each occurred.”

And there are other names as well, including Eagle Moon, Goose Moon, Crow Comes back Moon, and even Sugar Moon.

While the actual peak of this moon will occur on Friday, March 18, 2022, at 3:20 AM, EST, you can view it throughout the evening that night. So, even if you aren’t an early riser or a night owl, if you look to the sky in the late evening, you will be sure to see it. And even if you miss it the first night, the night before and the night after will both provide a lovely show.

During the full moon, the brightness is a magnitude -12.92, which makes it six times as bright as a half-moon. Because of this, the light of the full moon is likely to outshine even the brightest stars in the sky.

If you simply cannot get around to seeing it, the next full moon will happen on April 16, and it’s going to be a super Pink moon!