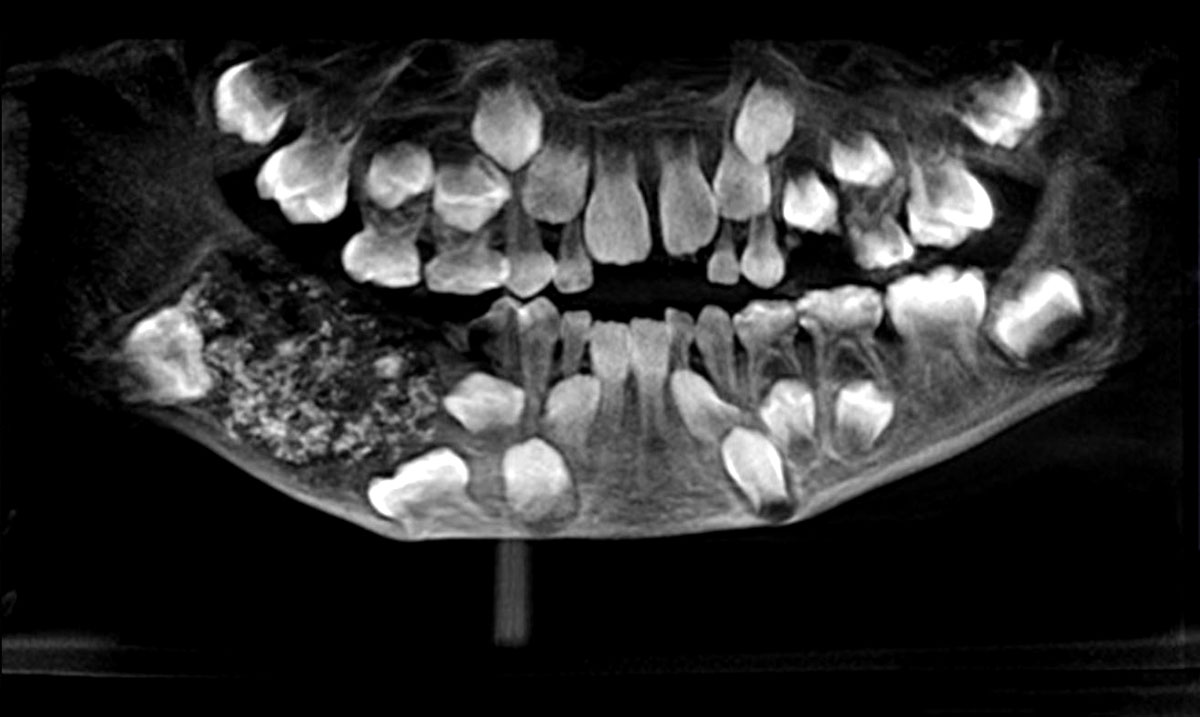 The Kid That Was Born With Over 500 Extra Teeth

We are all special in our own ways, but sometimes we hear about people whose stories truly amaze. Whether it sounds amazing or horrifying to you, being born with A LOT of extra teeth is apparently a thing.

In recent times a seven-year-old boy from India went under the knife to remove a tumor in his jaw as well as his five hundred and twenty-six extra teeth. Yes, you read that correctly he had five hundred and twenty-six extra teeth. He was initially brought to the hospital with pain and swelling in his lower right jaw but what many just assumed to be some kind of infection turned out to be quite the severe toothache in a number of ways. This boy whose name is unknown was suffering from something known as compound composite odontoma.

The press release from the hospital he was treated at (Saveetha Dental College and Hospital) goes as follows:

A little boy of 7 years old was brought to Saveetha Dental College and Hospital by his parents with a complaint of a swelling in the jaw. He had been taken to a nearby hospital, Chennai at the age of 3 since the parents noticed a small swelling at the right lower jaw, but he refused to co-operate for any investigative procedures as he was very young. Hence the swelling was left undiagnosed for 4 years. He was brought to our institution at the age of 7 years as the swelling was slowly increasing in size.

The parents were very apprehensive as they had thought it could be a cancer of the jaw. The initial workup by the surgeons revealed a large lesion with multiple hard structures at a single site within the lower jaw. During the surgery, the operating surgeon noticed a well-defined bag like mass which was removed in its entirety. The specimen weighed about 200gms.

The specimen was radiographed which revealed multiple tiny radiopaque structures. On further evaluation by the oral pathologists, and to their utmost surprise the bag revealed 526 tooth-like structures. In the pathologists’ own words “it was reminiscent of pearls in an oyster”. It took 5 hours of meticulous searching to remove all the minute teeth from the opened bag like a specimen. “This pandora box of miniature teeth is a jewel on our crown,” said the postgraduates. The tooth sizes varied from 1mm to 15mm and each resembled a tooth with a crown covered by enamel and a root-like structure.

This is the first-ever case to be documented worldwide, where so many minute teeth were found in a single individual. This rare lesion is termed as “compound odontoma”. The expertise and the competence of the team of oral surgeons and oral pathologists in Saveetha Dental College and Hospitals in dealing with such a rare case are to be applauded. The surgeons’ discretion in removing the lesion in total without exploring it on the operating table (akin to opening a bag of worms) avoided a major mishap and saved the patient from being under general anesthesia for a longer duration and the attendant complications. Saveetha has always been the benchmark of excellence and abides by all health care schemes and is readily accessible to all strata of patients.

(You can click here to see the photographs from his surgery.)

It took the team of doctors well over five hours to remove this sac of teeth from that young boy’s mouth, but he is recovering well because of them and their hard work. His recovery is expected to be a complete success and while his condition is rare, it is something doctors know how to handle. It is likely that these extra teeth were present for quite some time but just how long is something we will never be sure of.

With a healthy and proper number of teeth, the future for this young boy seems quite bright but his story brings awareness to something many people do not know exists. There are lots of people in the world with this kind of problem, and we can assume many are unable to do anything about it, many of which are young children as the age it is most commonly found is around fourteen. We do not know why these tooth forming tumors appear or what drives them to grow as they do but there is no denying their presence.

The only real treatment for this kind of thing is removal but unless things are interfering with your life removal isn’t always necessary. What do you think about this? I for one think it would be quite a scary experience to learn that so many teeth were hidden inside of my body and could only imagine how upsetting surgery of that stature would be for someone so young.