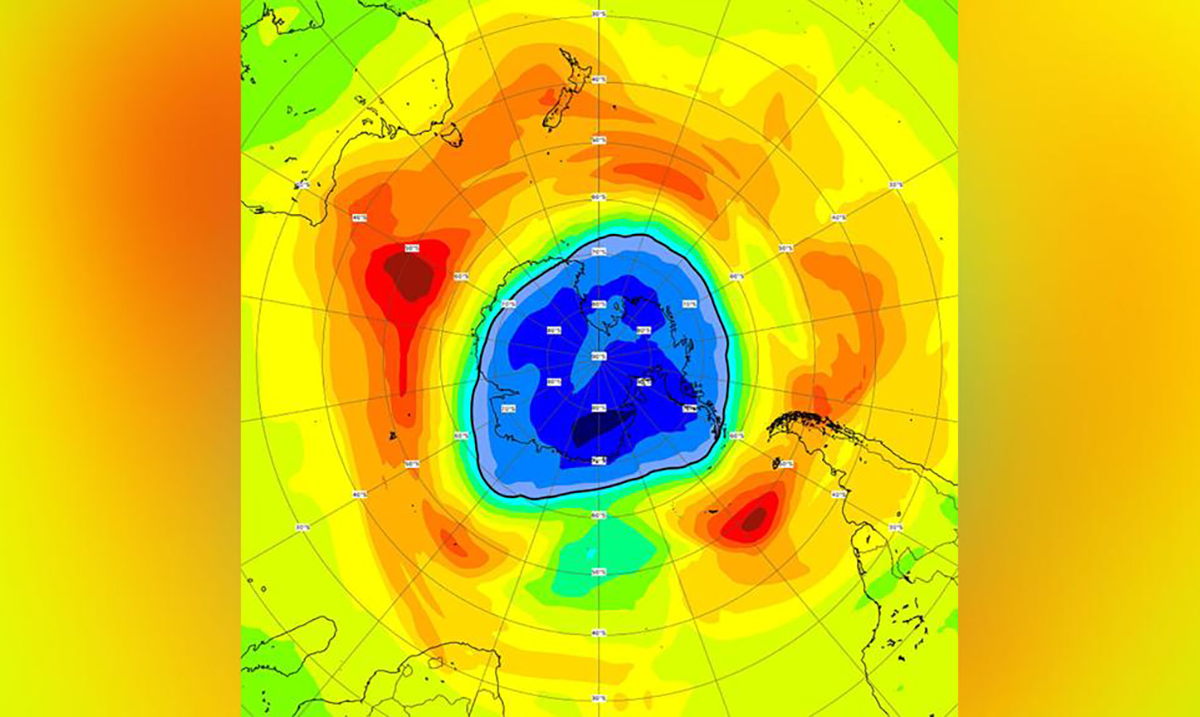 The Hole In The Ozone Layer Is Now Bigger Than Antarctica

The scientists responsible for monitoring the hole over the ozone layer say that it is now larger than Antarctica. Unfortunately, they project it will continue to grow, and this could ultimately be quite disastrous.

Between August and October of each year, which is considered springtime for the Southern Hemisphere, a hole in the ozone begins to develop over Antarctica. Usually, by the middle of September, or October, the hole reaches its peak. And while this happens each year, since 1979 the hole has grown more than 75%, according to researchers from the Copernicus Atmosphere Monitoring Service.

The ozone is an area that exists about 7-25 miles over the Earth, in the atmosphere. This layer is what protects the Earth from the sun, shielding it from ultra-violet radiation. Yearly, this hole develops, and this year the Copernicus researchers are saying it’s a “rather larger than usual one.”

Just last year, the hole started relatively normal but ended up being “one of the longest-lasting ozone holes in our data record.” according to Copernicus.

The hole that develops each year are caused by manmade chemicals like bromine and chlorine.

In their statement, Copernicus scientists had this to say, “The 2021 ozone hole is now among the 25% largest in our records since 1979, but the process is still underway. We will keep monitoring its development in the next weeks. A large or small ozone hole in one year does not necessarily mean that the overall recovery process is not going ahead as expected, but it can signal that special attention needs to be paid and research can be directed to study the reasons behind a specific ozone hole event.” 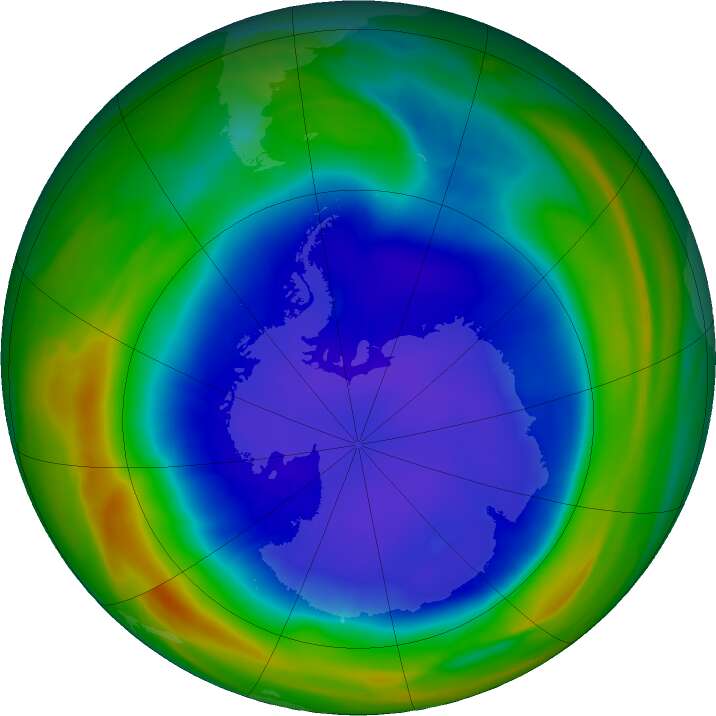 It is accepted by scientists that the depletion of the ozone is caused by manmade gases, which are known as CFCs. These chemicals were developed in the 1930s to be used in refrigeration systems and are so stable they can travel from the surface of Earth and into the stratosphere.

Once there, the chemical reactions between the high-energy UV radiation and the manmade chemicals destroy the ozone and cause holes.
Because of this, 197 countries have banned the chemicals. Since that point, there have been signs of recovery, but unfortunately, it can be a slow process.

The first phase of banning the chemicals started with the Montreal Protocol, which regulated the production and consumption of around 100 man-made ozone-depleting substances. The Environmental Protection Agency reports the chemicals will be entirely phased out by 2030. If such chemicals had not been banned, recent studies show we could have seen an increase in temperatures by as much as 2.5 degrees Celsius.