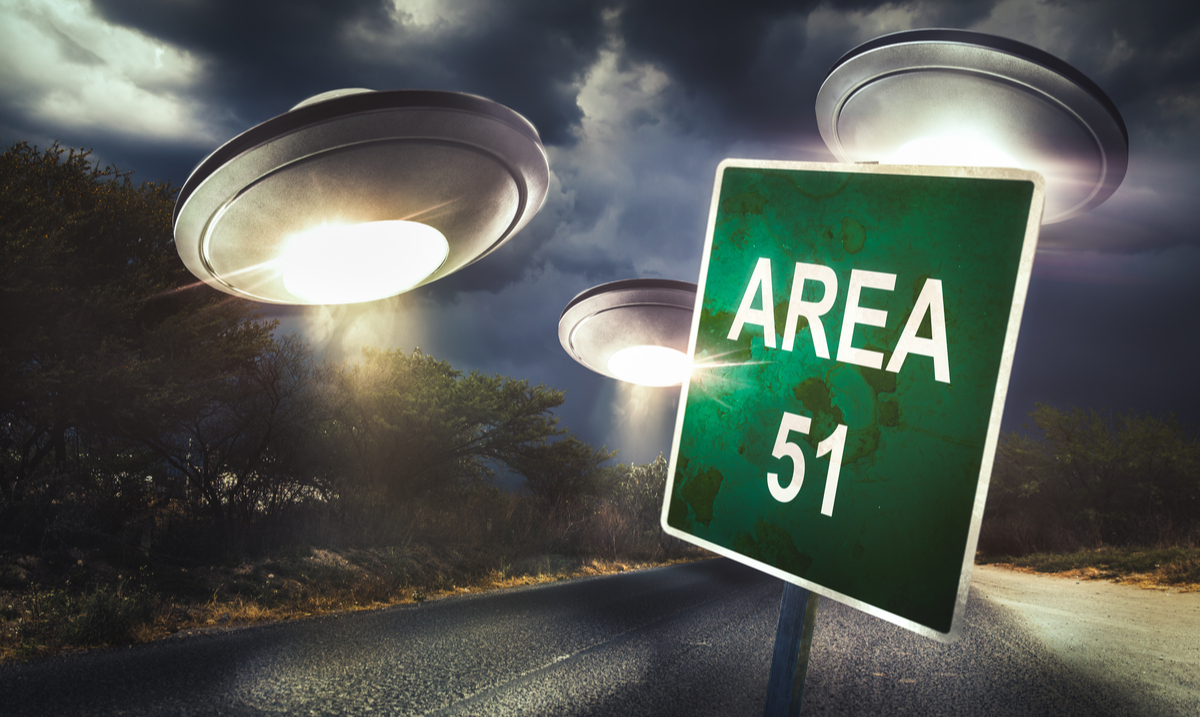 If you have a Facebook account, then you have likely seen the swarm of Alien memes associated with the event called Storm Area 51. And while the group’s creator Matty Roberts created the group for funny memes, he explains that the massive following it has gained has him a bit freaked out.

The page was created by Roberts after watching a Joe Rogan podcast in which Rogan interviewed an Area 51 whistleblower Bob Lazar, along with filmmaker Jeremy Corbell. Lazar worked on the base in 1989 and told his experiences to the world in documentaries, interviews, and videos. However, Lazar has come forward against the ‘Storm Area 51’ and urged people to not take part.

“I do understand [the Facebook event] was started as a joke by someone,” he writes. “But there are several people who are planning on showing up. This is a misguided idea.”

The idea turned into an actual Facebook event on June 27th, and Roberts, using terms like ‘let’s see them, aliens,’ and offering a course of action such as ‘if we Naratu run,’ jokingly described his event on the social media forum. In the description for their plan of action, he even states that the group was created for sh!tposting, or memes, rather than to storm the base.

However, within days, he told CNN, the group jumped from 40 people and hasn’t stopped taking off. As it stands the group has a following of a whopping 3 million people….and continues to grow. And various brands, from Lego to Budlight has shown support for the jokes and sh!tposting by ‘endorsing’ it in their branding.

But, while it is all fun and games, Roberts told KLAS TV in Las Vegas that he had declined various interviews because he was afraid of revealing his true identity because of the FBI.

“I was just like, the FBI’s going to show up at my house and it got a little spooky from there,” he said.

The Air Force responded to the group by stating that Area 51 is an ‘open training range for the U.S Air Force, and we would discourage anyone from trying to come into the area where we train American armed forces.’

And while he doubts that the group will assemble an army, he admitted to meeting some pretty amazing people in the meantime.