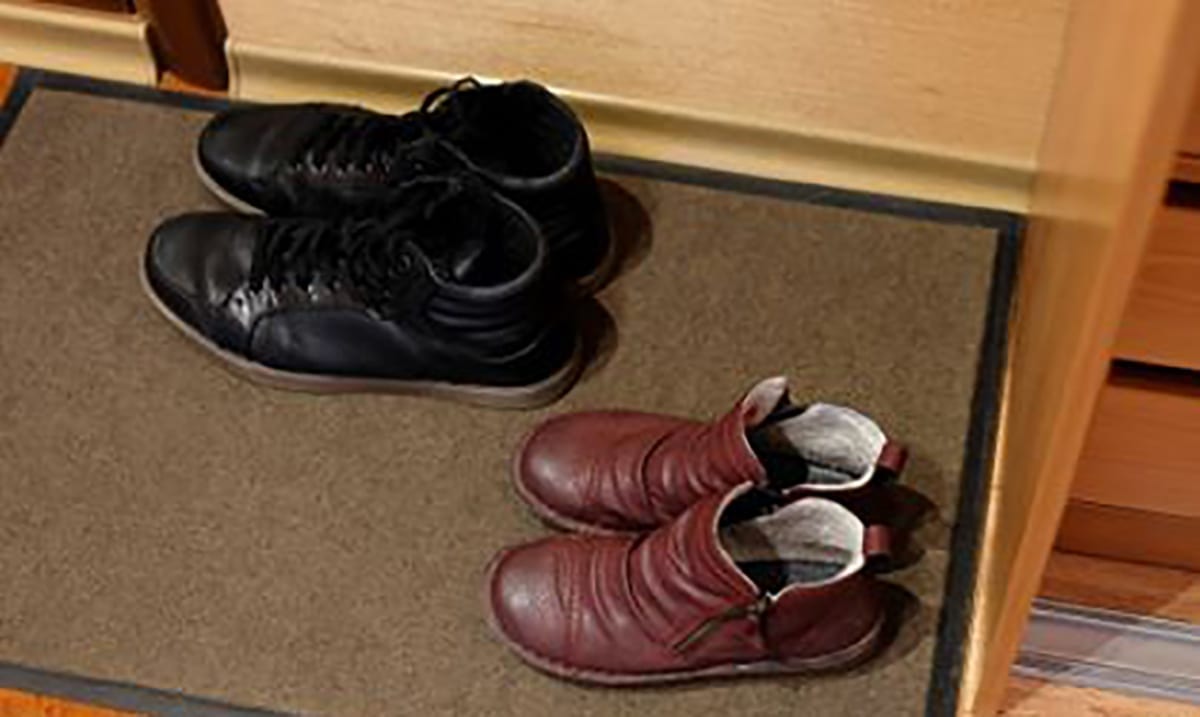 While not many people stop to think about it, our shoes can be pretty gross. Sure, we wash our hands when we get home but are you waking off your shoes or wiping them off?

Research from the University of Arizona has found through a past experiment that wearing a pair of shoes for days on end can prove to spread a lot of bacteria. According to their website, it was found that when microbiologist Dr. Charles Gerba wore a new pair of shoes for 2 short weeks within a fortnight at least 440,000 units of bacteria had ended up attached to the soles of those specific shoes. I know, definitely gag-worthy, isn’t it?

That actually isn’t the only research that’s been done regarding our shoes and wearing them in our homes. According to DailyMail back in 2017, a study was done by the University of Houston that noted wearing your shoes even after you’ve returned home could be putting you at risk of diarrhea. Yes, you read that right, diarrhea.

The University of Houston wrote as follows on their website regarding the results of that specific study:

Garey spent two years studying the pervasiveness of the “hardy” bacterium Clostridium difficile. While C. diff is the most common health care-associated infection in the U.S., the research team collected samples from public parks, grocery stores, restaurants and inside Houston homes to compare. It turns out, your shoes are bringing home a lot more germs than you bargained for.

More than 26 percent of shoe soles from home environments tested positive for C. diff, almost three times higher than the amount found in kitchens and bathrooms. “Your front door mat is the worst offender,” added Garey. “You might be cleaning germs off but also adding new ones.”

Almost half a million Americans were infected with C. diff in 2011, which led to 29,300 deaths according to the Centers for Disease Control and Prevention. Symptoms include fever, abdominal pain and explosive diarrhea. Those most susceptible are the elderly and patients who take antibiotics. But for most, there is no reason to panic. If you’re not a high risk patient on antibiotics “You have very little to worry about,” said Garey.

In many countries around the world, taking off your shoes at the front door is commonplace and polite. That’s not the case in the United States, but maybe it should be.

“Honestly, I don’t mind the added benefit of not tracking germs into the house. Why not take off your shoes just to be safe?”

While there is no rule that’s going to stop you from wearing your shoes inside perhaps you should consider it. Your shoes are covered in bacteria and sure, so are most things but if taking your shoes off at the door makes you a little less covered, isn’t that a good thing? While it might not make a huge difference, it makes enough of a difference in my own mind for me to be more than down for it.

Perhaps it should also be mentioned that your shoes can also track in a lot of dirt and other things from outside. They just aren’t ideal for the inside of our homes. However, if you want to wear your shoes inside your home I doubt anyone will try to stop you.