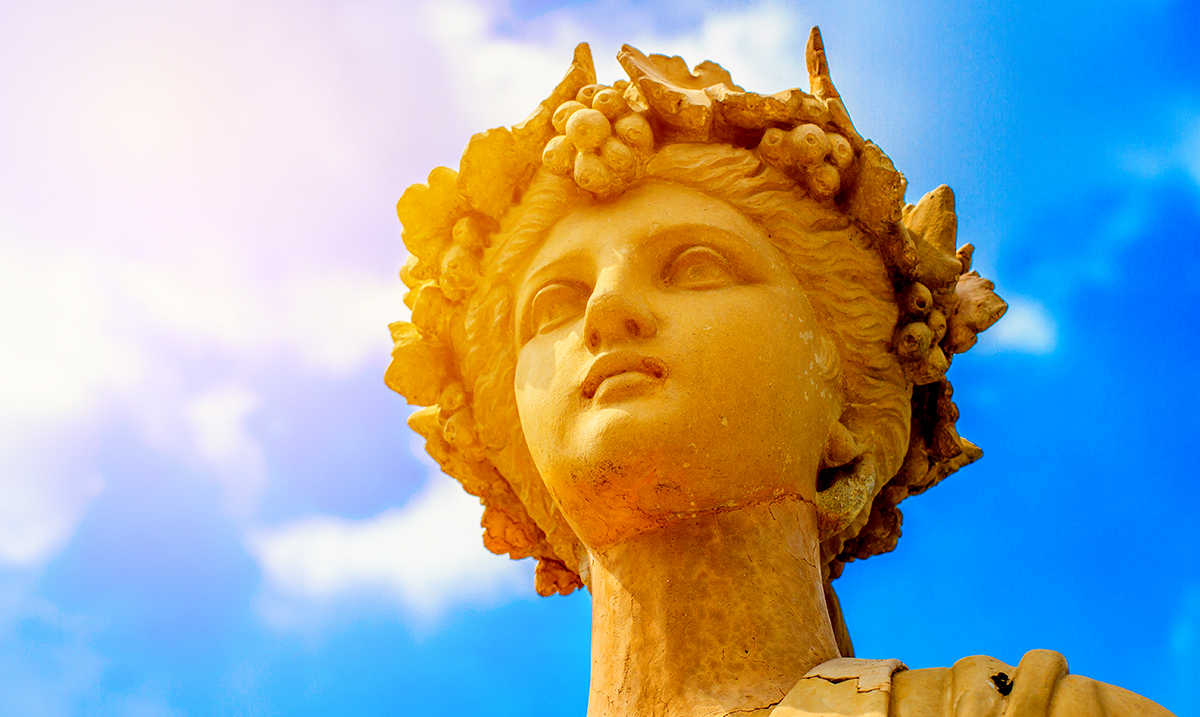 The Greek God or Goddess Strongly Associated With Each Zodiac Sign

Each zodiac sign is associated with several different Greek Gods and Goddesses but for each, one stands out more than the rest. While you might not think too much about it we have more in common with these gods and goddesses than you could ever imagine.

Below I am going to go over each zodiac sign and the God or Goddess most associated with them. Which one do you think you will get? Perhaps you end up with someone unexpected?

Athena is the Greek Goddess of Wisdom and War. She is courageous, strategic and quite skilled in all that she does. This goddess matches the fire sign Aries almost to a tee. She is inspiring and quite well-known, to say the least. You would not want to get on her bad side.

Hestia is the Greek Goddess of the Hearth and Domestic Life. She is very family oriented and was one of only three virgin goddesses. People of this sign much like Hestia like material things. They are creatures of comfort in more ways than you’d think.

Hebe was the Greek Goddess of eternal youth. She was very much like the Gemini someone others are drawn to. She makes people feel youthful again which is something many people also say about those born under this sign.

Artemis the Greek Goddess of the Hunt, as well as the Moon, is one of the most respected Greek deities. She was seen as a protector of young children and those who were sickly. She was very much like those born under this sign very giving and kind. She was able to hold her own and knew when to let her heart lead the way.

Eros was the Greek God of Love. He could make anyone fall in love and was quite adaptive during his time with the other Gods and Goddesses. Very much like the Leo bending others to his will was quite easy.

Virgos are most like the Greek Goddess Demeter. She was incredibly helpful and observant. She made the most of all the time she had and is still quite prominent even now. While she might not have always had the right mindset she saw everything through in the end.

Very much like the Libra, Aphrodite the Greed Goddess of love and pleasure is quite selfish. She was thought to be quite vain and to not often think of others. She was very charming and able to accomplish a lot as is the Libra.

Scorpio is quite misunderstood as is Hades the God of the dead. People often mistake the Scorpio for wanting to do harm or being on the wrong side even when they have other people’s best interests at heart. This also happens to Hades. Hades is even thought to be by some the God of Earth’s fertility.

Atalanta was the Greek Goddess of the hunt. She was the one to really go above and beyond to adventure and travel to new places. The Scorpio is exactly like her in this manner. They also do not like to stay in one place for long.

Apollo is one of the most important Greek Gods. He is the god of the sun, light, knowledge, and more. Very much like the Capricorn, he is extremely talented and capable. He can bring forth amazing things but if wronged he can also bring forth plague.

Hecate was the Greek Goddess of magic and ghosts in general. Much like the Aquarius, she was misunderstood. She holds a lot of mystery but also many stories.

Zeus the God of thunder and the sky itself is strongly associated with Pisces for a number of reasons. While the Pisces might not seem very strong they are quite powerful. While Zeus is more of an imposing figure the Pisces is just as intense. Neither likes having to put their wants aside and both are willing to do what must be done for the good of all things ahead.