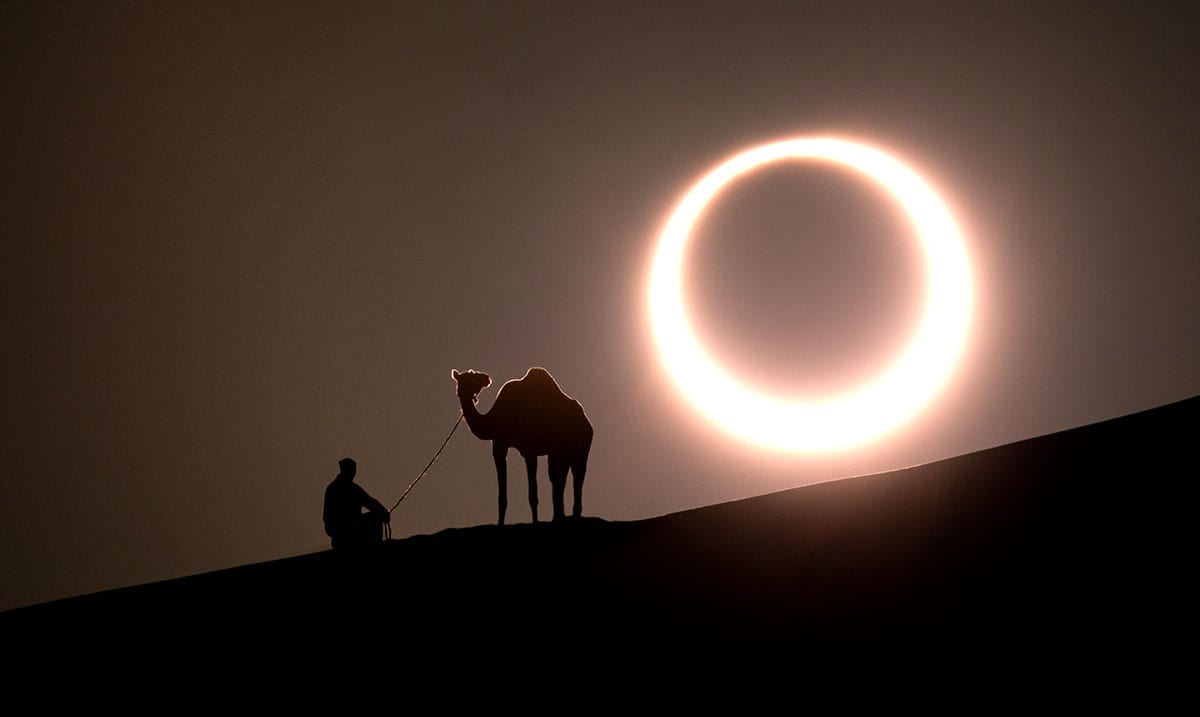 As you all may know on the 21st of this month (June) there is going to be an annular solar eclipse. While we won’t be able to see it here in the US, it will be visible in several countries and well worth the watch for those present.

According to The Epoch Times, this ‘ring of fire’ will be the most impressive annular solar eclipse of our current decade thus far which is quite intense. If you’re in Africa, Pakistan, India, or anywhere in those areas chances are you’re already planning on watching this amazing event but if not, you likely should. While I am not in a place that will be able to view this eclipse, I will be watching videos of it after and perhaps even the Livestream during its passing.

Space.com wrote as follows on this eclipse:

There will be a new moon occurring on June 21 at 2:41 a.m. EDT (0641 GMT), and just 2 hours and 19 minutes earlier, the moon will arrive at the ascending node of its orbit, assuring that it will eclipse the sun.

And because the moon was at apogee — its farthest point from Earth — just six days earlier and is situated at a distance of 241,000 miles (387,900 kilometers) from Earth, the dark shadow cone of the moon (the umbra) fails to make contact with the Earth, and as a result its disk will appear ever-so-slightly smaller than the sun.

As such, when the moon passes squarely in front of the sun, it will not totally cover it, but instead a narrow ring of sunlight will remain visible. Hence, the term “annular” eclipse, derived from the Latin “annulus” meaning ring-shaped. A fitting analogy is placing a penny atop a nickel; the penny represents the moon and the nickel is the sun.

This eclipse is going to be potentially blocking out roughly ’99 percent of the Sun’ which will make it quite the treat. That being said, eye protection still needs to be worn by those taking the time to watch this event. For those who may not be aware, this kind of eclipse happens when the new moon is furthest away from our planet which makes it unable to cover the entire sun as the eclipse occurs. When we view these kinds of eclipse’s instead of seeing no sun at all, we are only left with a ‘ring of fire.’

All of this having been said, this eclipse won’t last long and will be over before you know it. Once the event begins it will only last about a minute and a half at most. Yes, it’s that short.

To learn more about this marvelous celestial event take a peek at the video below. I am quite saddened that I won’t be able to view in person but perhaps you’re somewhere where you can. Would you be interested in seeing something like this or have you ever before?