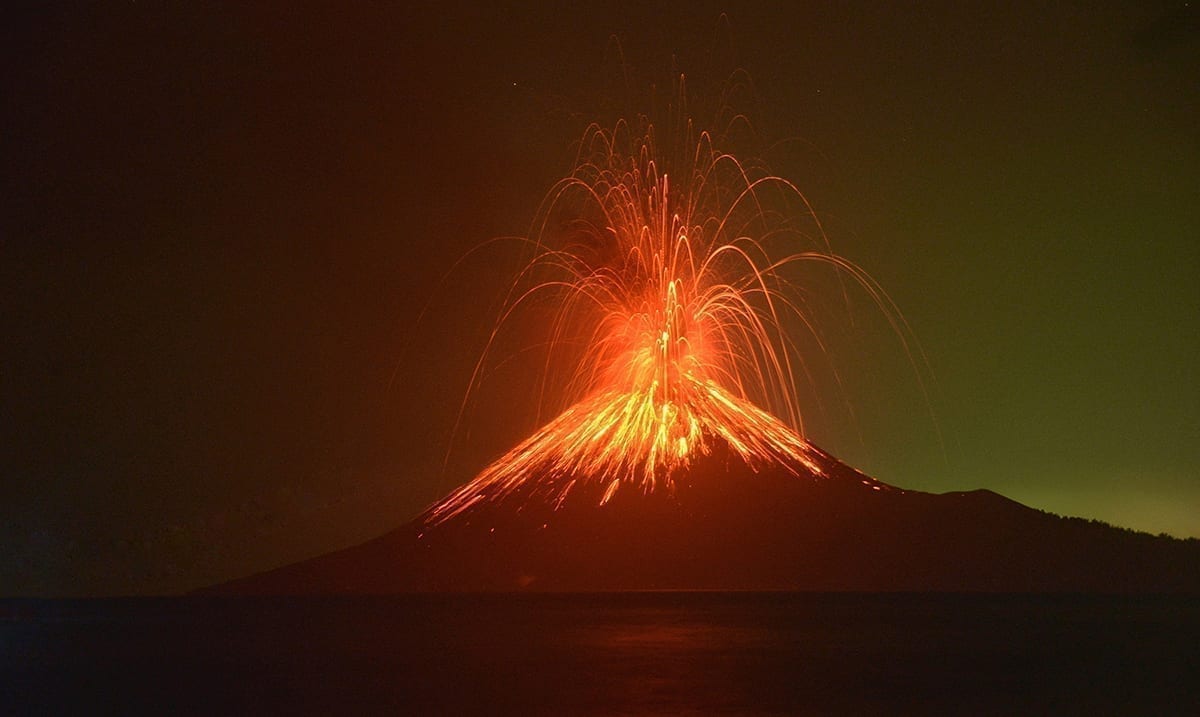 The Famous Krakatau Volcano Has Erupted

By Gerald SinclairApril 12, 2020No Comments

In recent times the Anak Krakatau volcano has erupted. This easily one of the worst possible timings considering the things going on in the world right now.

Satellite images were captured showing that there is a plume of ash from this eruption very high up in the sky and lava flowing from the volcano. According to Volcano Discovery, this is the strongest eruptive phase we’ve seen from this specific volcano since December 2018. The eruption from back then was so powerful that it triggered a tsunami according to Forbes so the effects this eruption could bring are still under question.

This eruption began Friday night and it has been noted that the volcano itself has been quite active since the beginning of the year. However, the lava did not begin making it to the surface until April 10th. Tons of people have flocked to social media as well to share photos from this ordeal but keep in mind some of those photos you see are likely from the previous eruption.

Krakatau, We are fighting coronavirus. Please, go to sleep 😢 pic.twitter.com/B0IprAzlLk

Indonesian authorities have issued an orange alert for aviation in the area, reporting a volcanic ash cloud extending over 2,000 feet into the air.

Anak Krakatau means “child of Krakatau” and is an island that emerged in the early 20th century from the caldera which was formed by the massive and legendary eruption of Krakatau (also known as Krakatoa) in 1883. The island continued to grow volcanically until it collapsed in the 2018 eruption.

So in a way what we’re seeing know is the latest iteration of an eruption from the remains of a once-larger crater, which is itself a remnant of a far larger caldera.

While Anak Krakatau is remote and poses no threat to people or property for the most part, activity remains heightened around Indonesia. The Jakarta Post reports that three other volcanoes in the country were also poised to erupt.

To see the footage mentioned above check out the video below. While this isn’t something that happens all the time it is very mind-blowing to hear about when it does. Volcanos truly are something else.

While volcanos erupt all the time the more we understand about them through researching their eruptions the better. We are glad no one has gotten hurt by this eruption and hope that nothing bad comes of it in the end. Right now, the last thing we need in this world is more people getting hurt.