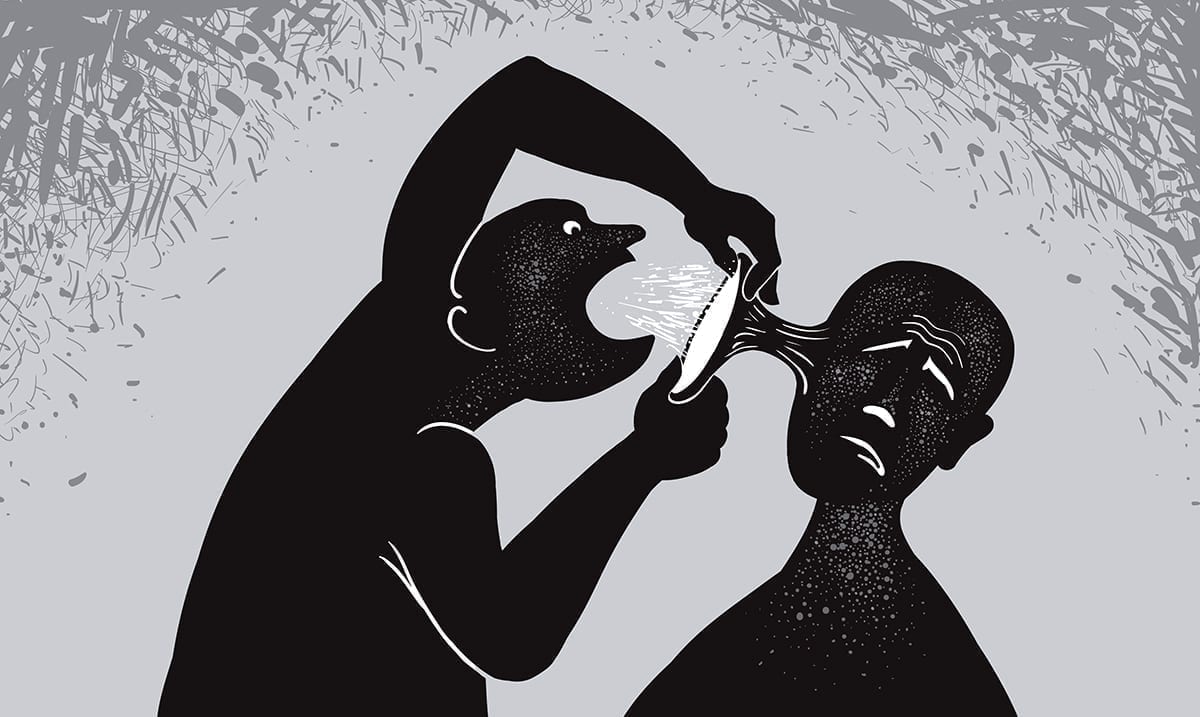 The Connection Between Verbal Abuse And Anxiety That Everyone Avoids

While a lot of people who suffer from anxiety have realized that some of it stem from verbal abuse, not everyone is willing to admit that. When we are younger the way our parents talk to us or as we grow up the way our partners and others talk to us affects us.

Verbal or mental abuse in general can cause a lot of anxiety for people, and most of the time no one is willing to talk about that. We all need to be more willing to open up about things like this because they are serious, and the world needs to be educated on it. When we’re yelled at, talked down to and always broken apart it takes a toll on us, and I’m tired of pretending it doesn’t.

Science Daily wrote as follows on this topic and the more we let these things sink in, the better:

People who were verbally abused had 1.6 times as many symptoms of depression and anxiety as those who had not been verbally abused and were twice as likely to have suffered a mood or anxiety disorder over their lifetime, according to psychology Professor Natalie Sachs-Ericsson, the study’s lead author.

“We must try to educate parents about the long-term effects of verbal abuse on their children,” Sachs-Ericsson said. “The old saying about sticks and stones was wrong. Names will forever hurt you.”

Sachs-Ericsson co-authored the study, published in the Journal of Affective Disorders, with FSU psychology Professor Thomas Joiner and researchers from the University of Illinois at Urbana-Champaign and the University of North Carolina at Chapel Hill. The researchers studied data from 5,614 people ages 15 to 54 – a subset of the National Comorbidity Survey. The average age of the multiethnic sample was 33.

The findings are significant because of the clear implications for clinical treatment. Research has shown self-critical people can benefit from cognitive-behavioral therapy, an approach that helps people identify their irrational thought patterns and replace them with more rational thoughts, Sachs-Ericsson said. In addition, they are taught new behaviors to deal with uncomfortable situations.

The high percentage of study participants who reported that they were sometimes or often verbally abused by a parent – nearly 30 percent – surprised the researchers, Sachs-Ericsson said. Verbal abuse included insults, swearing, threats of physical abuse and spiteful comments or behavior.

Now, the things written above are in reference to a study from 2006 called ‘Invisible Scars: Verbal Abuse Triggers Adult Anxiety, Depression’ and that study as a whole highlights a lot of what we as human beings are going through. For some reason, we tend to treat one another wrongfully even when it comes to our own kids and that’s an issue we all need to know about. Taking care of our kid’s mental and emotional well-being is important, if we want them to grow into the people they’re meant to be, we don’t need to be mistreating them especially if we aren’t aware that we’re doing damage.

Just because someone isn’t hitting you doesn’t mean you’re not going to face lasting effects as a result of the abuse they are doing to you. The more we deal with verbal and mental abuse the colder we become. We become overly nervous and for some of us it can even trigger literal breakdowns. I know, it might sound like I’m making a big deal out of nothing for those who aren’t facing this kind of thing, but I can assure you those who deal with it know how serious it is.

To learn more about verbal abuse please take a look at the video below. You are not alone in all of this and there are lots of people going through it. We all deserve to better understand the things we’re facing, so we can get through them more properly.

Do you want to stress less, sleep better, and show up every day as the best version of yourself?

Click here to learn how to activate your body’s relaxation response.