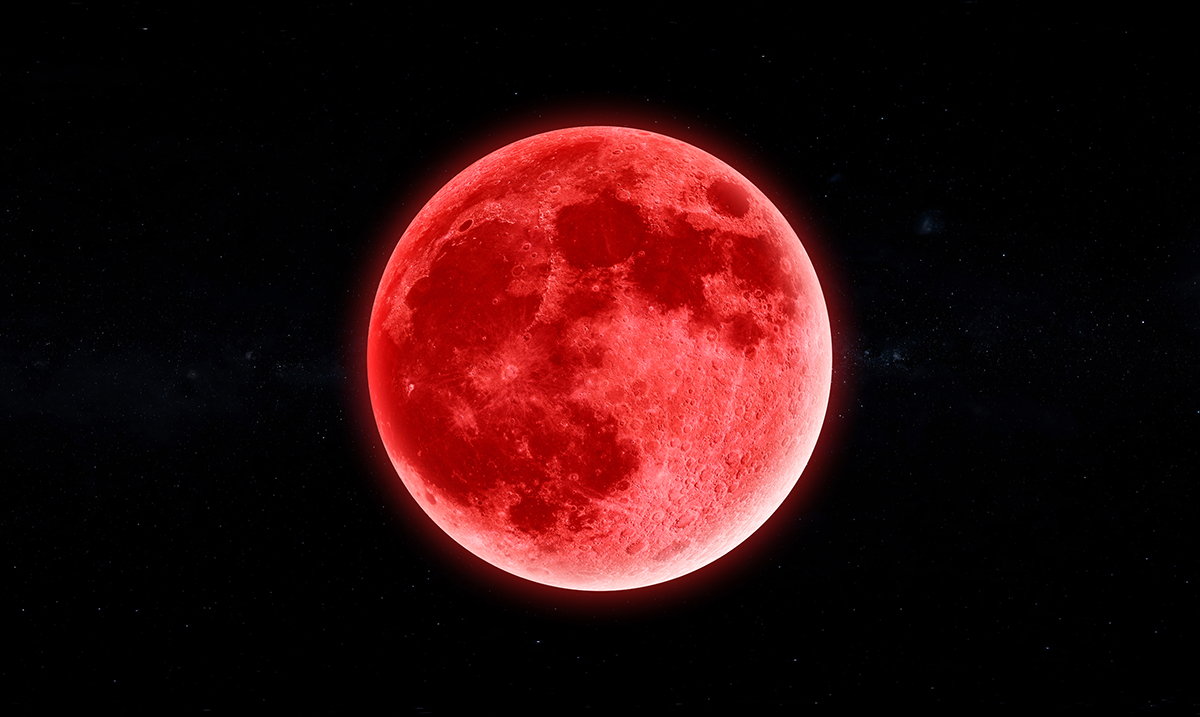 The Coming Blood Moon Total Eclipse Is Going To Be The Best Of The Year!

It’s that time again, and after this-it won’t be for a while, so buckle up for eclipse season. Beginning on October 25th with a partial solar eclipse, this particular eclipse season will go out with a bang on November 8th, with a total lunar eclipse and blood moon!

What Is A Lunar Eclipse?

Lunar eclipses have always been especially magical to me, especially those that are total lunar eclipses. Basically, the moon moves through Earth’s shadow causing a beautiful red tint to cover the moon, which is often such a deep red that it is called a blood moon. This blood moon will be the longest we have for quite a while, so you don’t want to miss it. The totality (the time in which the moon is fully covered in Earth’s shadow) will last over 85 minutes.

When Can You See It?

To see the moon, you will have to get out quite early or late, depending on which way you look at it. The totality begins at 4:16 am (CST) and ends at around 5:41 am (CST.) As always, it’s best to figure out where the moon typically is for you at that time, and you can do so by walking outside the days before to get a good idea.

Lunar eclipses are the best time to finally dive deep into your psyche and shadow and deal with the issues you’ve been bottling up.

Eclipses arrive in pairs, each arriving at the opposite side of the zodiac. For example, the solar eclipse taking place on October 25 will arrive in Scorpio, while the total lunar eclipse will arrive in Taurus. On top of arriving in Taurus, this blood moon will also be in close connection to Uranus, according to Astrostyle, which is likely to put us in a conflict between our practical side and our dreamy, spiritual side.

Under the energy of a blood moon, it’s quite typical to have major change ushered in that is oftentimes beyond our control. These ‘fated’ changes can be intense. You may find yourself chasing after dreams that simply are beyond your grasp, which may also push you to the realization that it’s time to get clear on what you want and be realistic about what can be achieved.

There is always a need for a balance between our spiritual paths and the practical world, which can be a harsh realization for many of us.

On top of placing us at odds between our two sides, and our desires, this moon is likely to cause some shifts in our love lives as well. Under this energy, you may uncover new information about your love interest or partner. To some, this may mean finding out unsettling news about a person you love and trust. For others, this can mean realizing that your partner is much more stable and present in your life than you have been giving them credit for.

Above all, this moon will be a spectacular show that you do not want to miss. While people tend to be afraid of a blood moon, it is not the ‘bad omen’ nor is it Satanic. It’s a natural occurrence that will work as a portal of sorts to help us through our spiritual pathway if we allow it. At the very least- it will be beautiful.