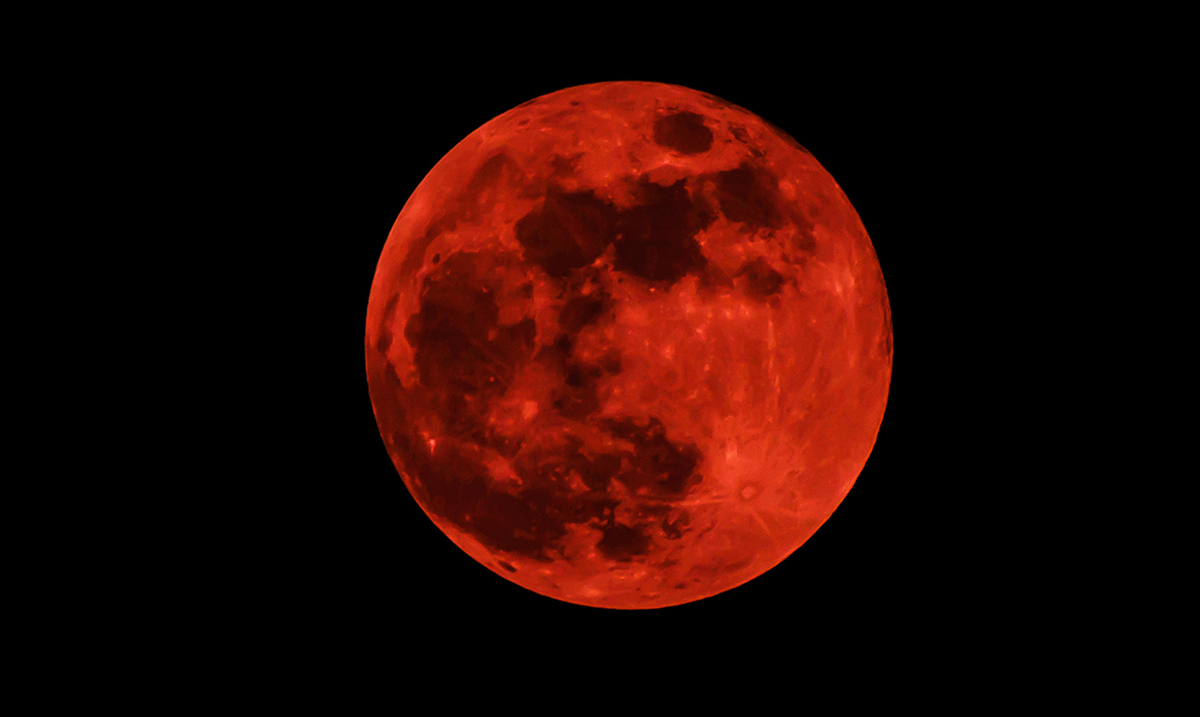 The ‘Blood Moon’ Prophecy And The History Behind It

By Debi AllisonMay 7, 2021No Comments

The Full Flower Supermoon will pass precisely within the Earth’s shadow this month, creating a tolar lunar eclipse or blood moon. The eye-catching lunar eclipse will give night owls everywhere a reason to look up in wonder, but not everyone thinks a “blood moon” is a harmless celestial event. Some people actually look at it as a sign of impending doom.

History Of The Blood Moon Through Civilizations

For many ancient civilizations, the “blood moon” came with evil intent. The ancient Inca believed the deep red color as a jaguar attacking and eating the moon. They thought that the jaguar might one day turn its attention to the earth. The people would shout and shake their spears and make the dog’s bark and howl, hoping that enough noise would drive the jaguar away.

Some Hindus interpret lunar eclipses to mean that the demon Rahu is drinking the elixir of immortality. Twin deities the sun and moon quickly decapitate Rahu, but having consumed the elixir,  Rahu’s head remained alive. Seeking revenge, Rahu’s head chases the sun and moon to devour them. If he ever catches them, we have an eclipse. Rahu swallows the moon, which then reappears out of the severed neck.

In ancient Mesopotamia, a lunar eclipse was considered a direct attack on the king. Given their ability to predict an eclipse with reasonable accuracy, they would put in place a proxy king for its duration. Someone that was considered to be expendable would pose as the king, while the real king would go into hiding until the eclipse passed. The proxy would go away and then the real king would come out of hiding.

In Islamic cultures, eclipses tend to be interpreted without superstition. The Sun and the moon represent deep respect for Allah, so during an eclipse, a special prayer is chanted. Asking for Allah’s forgiveness, and reaffirms Allah’s greatness.

Christianity has long equated the lunar eclipse with the wrath of God and often associates them with the crucifixion of Jesus.

The term “blood moon” was popularized in 2013 following the release of the book Four Blood Moons by Christian minister John Hagee. He promotes the apocalyptic belief known as the “blood moon prophecy” highlighting a lunar sequence of four total eclipses that occurred in 2014/15. Hagee notes that all four eclipses fell on Jewish holidays, which only happened three times before, in history, each apparently marked with bad events.

The prophecy was dismissed by Mike Moore in 2014, but the term is still used regularly by the media. And many are firm believers, anytime that we post about a lunar eclipse the comments are flooded with people claiming the end of the world.

There is also a reference to a blood moon in Revelation 6:12 – part of the passage about the seven seals, “I looked when He opened the sixth seal, and behold, there was a great earthquake, and the sun became black as sackcloth of hair, and the moon became like blood.”

In the end, Lunar eclipses or blood moons have been happening since the beginning of time. Watch the true wonder unfold and you will see that the coined term blood moon does not do it justice. Give it your own meaning and name, enjoy it with the people you love.