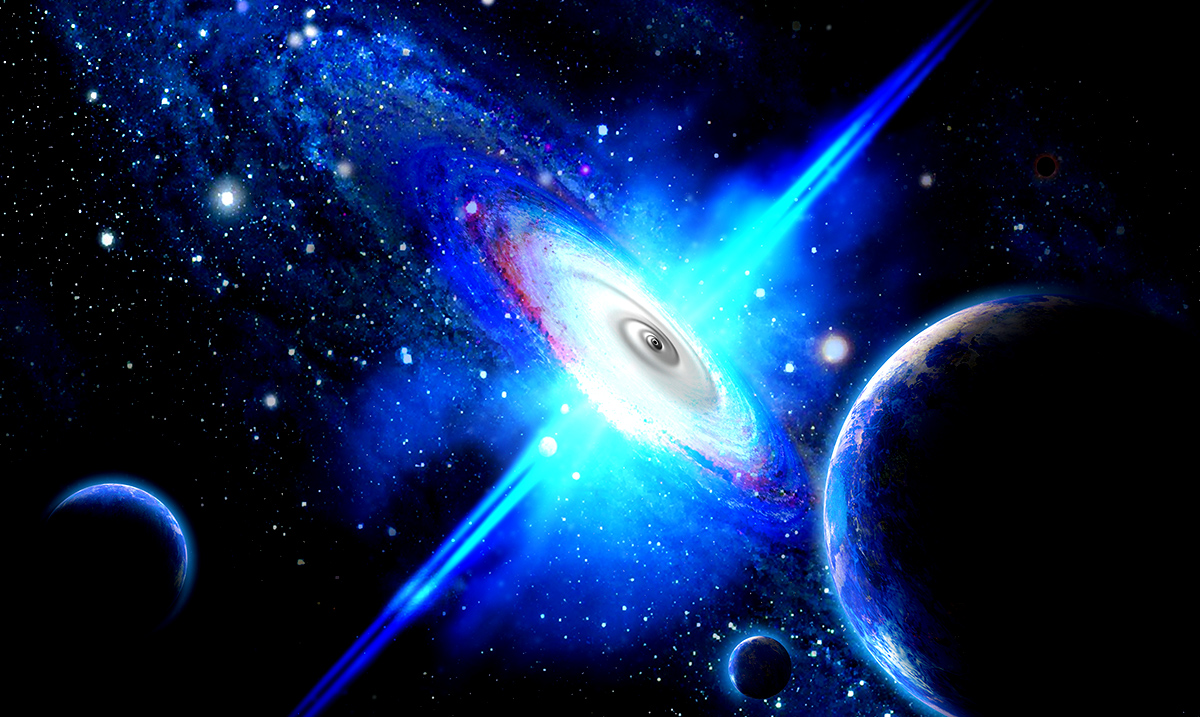 By Gerald SinclairSeptember 13, 2019No Comments

There are currently two enormous ‘bubbles’ of radiation expanding from the center of our galaxy. These are something we have never experienced in general and so scientists are baffled.

This part of our galaxy is something very full of mystery but things like this are completely mind-blowing. According to Business Insider scientists caught their first look at these bubbles back in the 1980s but were unable to see them since. If it were not for the newer MeerKAT telescope in South Africa, we would still be unable to see them or properly research them. While we do not know what caused them, in time we hope to better understand.

This supermassive black hole we have at the end of our galaxy basically seems to have gone into some kind of feeding frenzy several millions of years ago and through that time-period it swallowed up big lumps of gas and matter. From there this ‘burp’ of sorts came to be and written about in a somewhat recent study that was published in the journal Nature.

The Galactic Centre contains a supermassive black hole with a mass of four million Suns1 within an environment that differs markedly from that of the Galactic disk. Although the black hole is essentially quiescent in the broader context of active galactic nuclei, X-ray observations have provided evidence for energetic outbursts from its surroundings2. Also, although the levels of star formation in the Galactic Centre have been approximately constant over the past few hundred million years, there is evidence of increased short-duration bursts3, strongly influenced by the interaction of the black hole with the enhanced gas density present within the ring-like central molecular zone4 at Galactic longitude |l| < 0.7 degrees and latitude |b| < 0.2 degrees. The inner 200-parsec region is characterized by large amounts of warm molecular gas5, a high cosmic-ray ionization rate6, unusual gas chemistry, enhanced synchrotron emission7,8, and a multitude of radio-emitting magnetized filaments9, the origin of which has not been established. Here we report radio imaging that reveals a bipolar bubble structure, with an overall span of 1 degree by 3 degrees (140 parsecs × 430 parsecs), extending above and below the Galactic plane and apparently associated with the Galactic Centre. The structure is edge-brightened and bounded, with symmetry implying creation by an energetic event in the Galactic Centre. We estimate the age of the bubbles to be a few million years, with a total energy of 7 × 1052 ergs. We postulate that the progenitor event was a major contributor to the increased cosmic-ray density in the Galactic Centre, and is in turn the principal source of the relativistic particles required to power the synchrotron emission of the radio filaments within and in the vicinity of the bubble cavities.

For decades, we had no idea if these bubbles were still out there or where they were if so. While these bubbles are smaller and not as intense as the Fermi bubbles we’ve heard about in somewhat recent times, they are both different in their own ways. This kind of thing is quite interesting and the more that you look into it the more fascinating it becomes.

Futurism wrote as follows regarding these bubbles:

The bubbles are an unusual outburst for our galaxy’s black hole — compared to other galaxies’ central black holes, ours is comparatively inactive, according to research published Wednesday in the journal Nature.

As such, the University of Oxford and Rhodes University astronomers behind the new survey suspect the bubbles are akin to cosmic indigestion — the black hole likely had a feeding frenzy when clumps of cosmic dust passed nearby millions of years ago, just to spew it all back out in the form of the giant bubbles.

How do you feel about all of this? I for one am excited to see what we can uncover in regards. Could this be something much bigger than we assume?