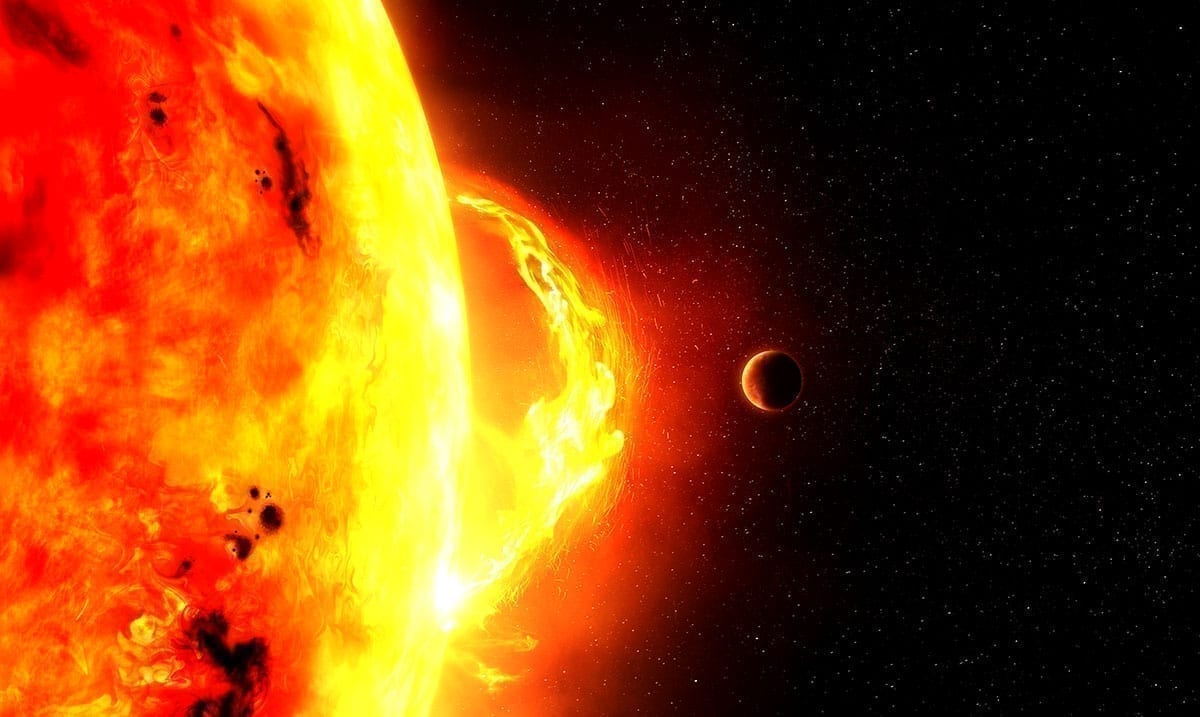 While we know solar flares are something that happens all the time, as of late we’ve pickup up on the largest one in around three years and that leads some to believe more powerful solar flares may be coming following this very powerful one.

According to Forbes, this solar explosion was measured ‘as an M4.4 flare.’ For those who do not know, M means the flare was medium in size and relatively strong as when rated from 1-9 this one came in at 4.4 overall. I know, that might not sound too exciting but it is important to be aware of.

The sun unleashed its most powerful solar eruption in more than three years on Sunday (Nov. 29).

The solar flare, which is a sudden, bright explosion of electromagnetic energy, measured as an M4.4 on the scale astronomers use for sun storms. M-class flares are medium-sized eruptions (compared to small C-class flares and large X-class flares) and rank on a scale from 1 to 9, with larger numbers representing stronger flares.

The M4.4 flare’s bright burst was accompanied by a coronal mass ejection, which can often accompany solar flares. Coronal mass ejections are large releases of plasma and magnetic fields from the sun’s corona, or its outermost layer.

This flare kicked off a brand new solar cycle (solar cycle 25), which began in December 2019 and was announced in September. The previous solar cycle ran from 2008 to 2019 and, while this new solar activity phase started off with this powerful explosion, scientists estimate that it will be fairly quiet, much like solar cycle 24 before it.

Solar weather follows an 11-year activity cycle and tracking these cycles and the sun’s ever-changing activity is critical not just for science but also for our daily lives here on Earth. Solar flares and coronal mass ejections release incredible bursts of electromagnetic radiation. These sudden energy expulsions can be so intense that their effects can reach Earth, causing radio blackouts and other technological disruptions.

For anyone who might not be aware, flares like these sent out large bursts of electromagnetic radiation and this in itself can affect our planet depending on how big the flare is and all of that. While for the most part the issues we see as a result are quite minor but in some situations, they can be quite intense. Yes, the things happening on the sun can seriously affect us.

Another look at the coronal mass ejection launched by the M4.4 flare earlier today. These images come from SOHO which is a space craft that looks at CMEs from earth’s point of view. A fast and impressive CME can be seen but as mentioned earlier, it is not directed towards Earth. pic.twitter.com/mVvOGebuon

To learn more about all of this take a look at the video below. I for one love reading into solar flares. It blows my mind that the sun is as active as it is and well, it’s always fascinating.