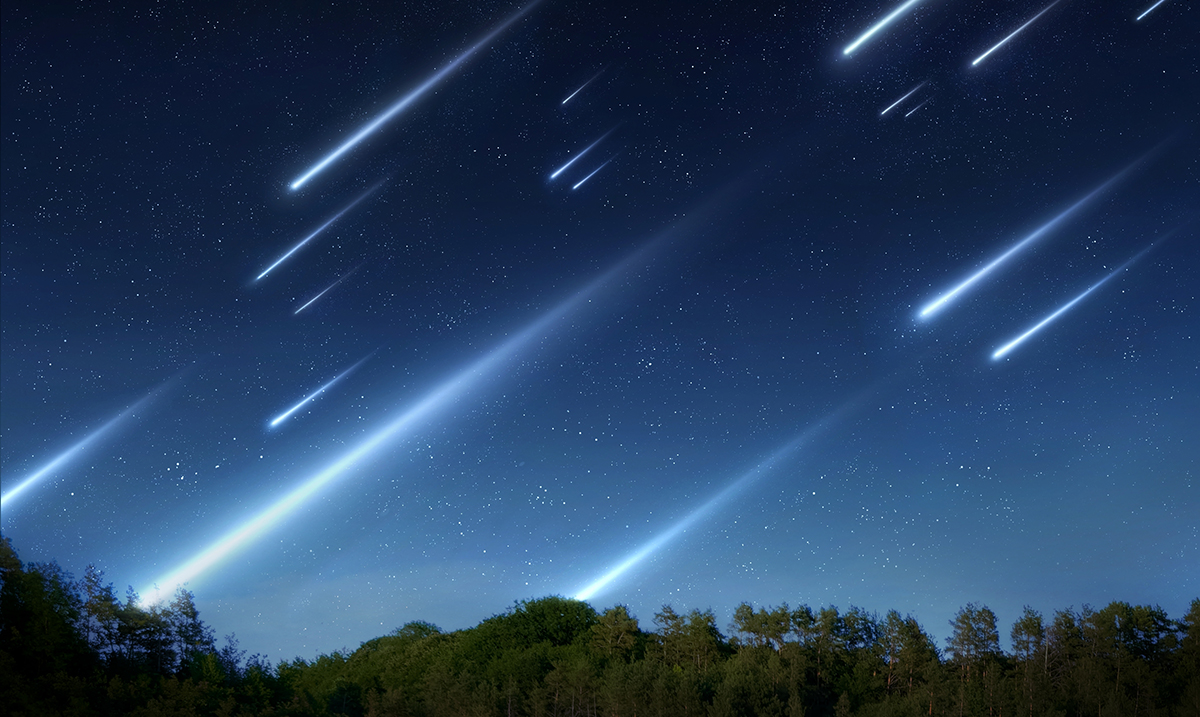 The Best Meteor Shower Of The Year Is Here – Look Up!

By Harley MansonDecember 9, 2022No Comments

It’s that time of year again! The Geminid meteor shower is about to peak and you do not want to miss this amazing meteor shower.

Every year, our planet passes through the trail of the asteroid known as 3200 Phaethon. When this happens, the particles left behind by the asteroid cause a beautiful spectacle of meteors to appear in our night sky. Typically, meteor showers are the result of us passing through the trail of a comet, but this particular shower is a bit different because it originates from a comet.

Additionally, there are many more meteors that will pass through our sky as the result of this shower, than the other showers that make their debut throughout the year.

The peak of the Geminid shower begins on December 13 and lasts throughout the following next few days. The entire shower begins on November 19 and lasts until December 24. The Geminids are known for producing a large volume of meteors, providing upwards of around 100 meteors per hour.

Unfortunately, because it will coincide with a bright moon, it will be a little less, resulting in around 30-40 per hour. Recently, NASA has suggested sitting near a shady tree to help with the interference of the moonlight.

To view, the best time is around 2:00 AM, local time. However, watching earlier in the night, around 9 or 10 is likely to help cut out some of the moon’s interference. You can see this shower by looking up and around the constellation Gemini. Patience is a virtue when it comes to meteor showers, so you will need to find a nice dark spot and lay back. Look at the sky for 30 minutes or so to allow your eyes to adjust. After that, you should be good to go.

Make sure to find a dark area. Bright cities and yards will not work. If you miss this shower, though, don’t despair: the Ursids begin to peak on December 21st.

The Geminids start around 9 or 10 p.m. CST on Dec. 13, making it a great viewing opportunity for any viewers who cannot be awake during later hours of the night. The shower will peak at 6 a.m. CST on Dec. 14, but the best rates will be seen earlier around 2 a.m. local time. You can still view Geminids just before or after this date, but the last opportunity is on Dec. 17 – when a dedicated observer could possibly spot one or two on that night.

For prime viewing, find an area away from city and streetlights, bundle up for winter weather conditions, bring a blanket or sleeping bag for extra comfort, lie flat on your back with your feet facing south, and look up. Practice patience because it will take approximately 30 minutes for your eyes to fully adjust and see the meteors. Refrain from looking at your cell phone or other bright objects to keep your eyes adjusted.

The show will last for most of the night, so you have multiple opportunities to spot the brilliant streaks of light across our sky.

So where does this magnificent shower come from? Meteors are fragments and particles that burn up as they enter Earth’s atmosphere at high speed, and they usually originate from comets.

The Geminid shower originates from the debris of 3200 Phaethon  an asteroid first discovered on Oct. 11, 1983, using the Infrared Astronomical Satellite. Phaethon orbits the Sun every 1.4 years, and every year Earth passes through its trail of debris, resulting in the Geminids Shower.

Phaethon is the first asteroid to be associated with a meteor shower, but astronomers debate its exact classification and origins. Phaethon lacks an icy shell (the staple characteristic of a comet), but some consider it a “dead comet” – suggesting it once had an icy shell that melted away. Other astronomers call it a “rock comet” because Phaethon passes very close to the Sun during its orbit, which theoretically results in heating and cracking that creates debris and dust. The bottom line is Phaethon’s exact origins are still a mystery, but we do know it’s the Geminids parent body.

Geminids travel 78,000 miles per hour, over 40 times faster than a speeding bullet, but it is highly unlikely that meteors will reach the ground – most Geminids burn up at altitudes between 45 to 55 miles.