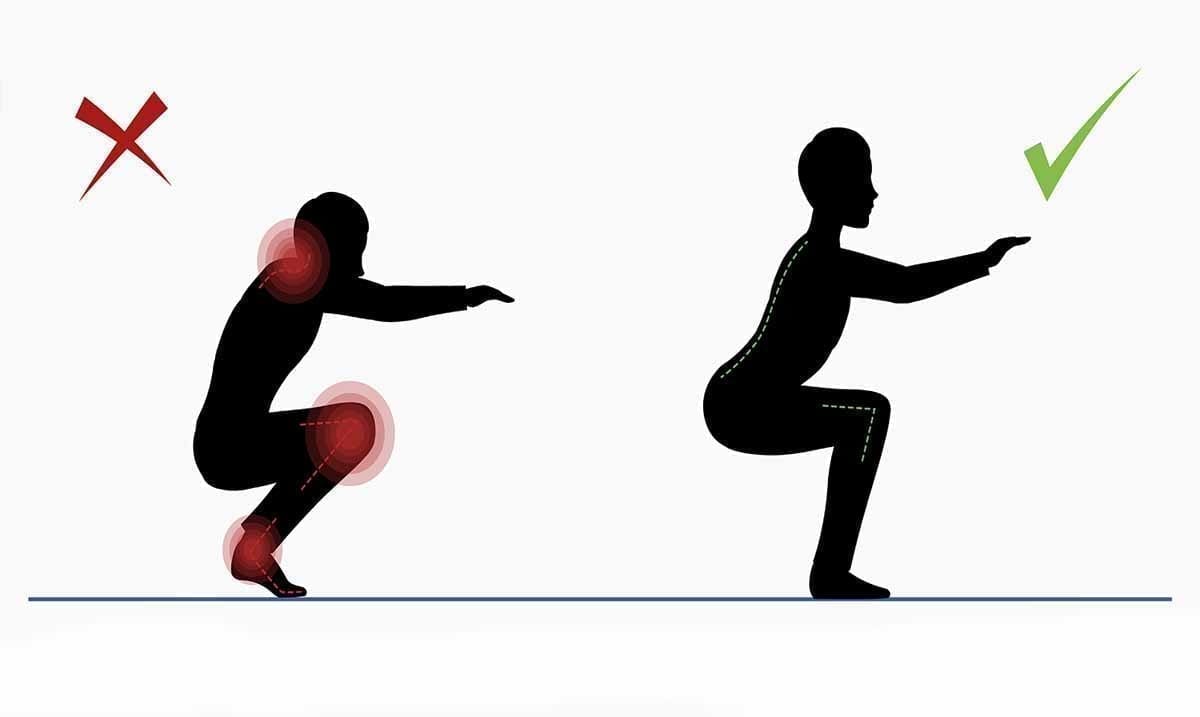 By Gerald Sinclair September 21, 2020 No Comments

Regardless of who you are or what you do, chances are you spend a lot of your time sitting. Whether you sit when you’re at work or perhaps just when you’re at home, sitting for long periods of time can be a bad thing.

As someone who for the most part spends a lot of time sitting, I have noticed the damage it does to my back and the aches and pains it brings. Now, when it comes to working to combat that, squatting comes in handy. Honestly, this is one form of exercise that I will not go without now that I’ve come to understand how important it truly is.

Harvard wrote as follows on the benefits of squatting:

More than half of an average person’s day is spent sitting — from watching television to working at a computer — and that time tends to increase as you age and become less active.

All that sitting can have a profound impact on one’s health, too. In fact, a study in the Oct. 3, 2017, Annals of Internal Medicine, involving almost 8,000 adults ages 45 and older, found a direct relationship between time spent sitting and a higher risk of early death.

Being more active is the best antidote to excessive sitting, but a sedentary lifestyle can make it hard to be more active since it leads to weaker muscles and stiffer joints.

One of the best exercises to counter the effects of sitting and help you get moving? The simple squat.

“Squats are a great exercise because they activate so many bones and joints at once, such as the hips, knees, feet, and ankles, as well as muscles like the quads, gluteals, hip flexors, hamstrings, and calves,” says Andy Sobuta, a physical therapist with Harvard-affiliated Spaulding Rehabilitation Center. “Squats can help you build and maintain a stronger lower body, which makes movement easier and allows you to stay active.”

Squats also are one of the most functional movements, since they mimic so many daily actions, like standing, sitting, and getting in and out of a car.

Many people have a mental barrier about squats because they think the movement is too difficult or too painful. Yet squats are easy to perform if done correctly, and there are many ways to make them safe and effective for almost anyone.

There are two basic types of squats: neutral stance and wide stance (see “Take a stance”). Once you choose your pose, make sure both your feet are pointed correctly. This helps to protect your hips and knees and creates a solid base for your squat.

With your eyes forward, chest up, and heels planted, push your hips and buttocks back, and lower into the squat. Make sure to keep your knees over your ankles at all times. Reach your arms straight out from your shoulders for balance.

Keeping your back straight, lower your torso as far as is comfortable or until your thighs are parallel to the floor. (You can work in front of a mirror to monitor your movement.) Hold for a second or two, and then press down with your heels and return to standing.

“You want to maintain a normal up-and-down tempo that matches your breathing, where you inhale while going down and exhale on the way up,” says Sobuta.

While you should not be taking things too far when it comes to squatting, it is something we should all be doing on some level. If you’re feeling uncomfortable, make changes, and try again. Actually, a USC-led study found that squatting and kneeling overall could be a much better resting position than sitting itself. This is because kneeling and squatting involve higher levels of muscle activity, they help protect us from the ‘harmful effects of inactivity.’

USC News wrote as follows on that study:

The researchers suggested that, because the Hadza squat and kneel and have high levels of movement when not at rest, they may have more consistent muscle activity throughout the day. This could reduce the health risks associated with sedentary behavior.

“Being a couch potato — or even sitting in an office chair — requires less muscle activity than squatting or kneeling,” Raichlen said. “Since light levels of muscle activity require fuel, which generally means burning fats, then squatting and kneeling postures may not be as harmful as sitting in chairs.”

In developed countries, humans spend inactive periods sitting on their duffs in chairs, recliners, or sofas, so the only time they activate their leg muscles is when they bend their knees to slide into the seat. On average, people in more industrialized societies, including the United States and Europe, spend about nine hours per day sitting.

“Preferences or behaviors that conserve energy have been key to our species’ evolutionary success,” said Brian Wood, a UCLA anthropologist who has worked with the Hazda people for 16 years. “But when environments change rapidly, these same preferences can lead to less optimal outcomes. Prolonged sitting is one example.”

The scientists dubbed this the Inactivity Mismatch Hypothesis.

“Replacing chair sitting and associated muscular inactivity with more sustained active rest postures may represent a behavioral paradigm that should be explored in future experimental work,” they wrote. Resolving this inactivity mismatch with our evolutionary past could pay off in better health today.

I know, it might be a bit more tiring to squat versus to just sit but in the long-run, your body might thank you. To learn more about the benefits of squatting take a look at the video below. I for one think it is very important.