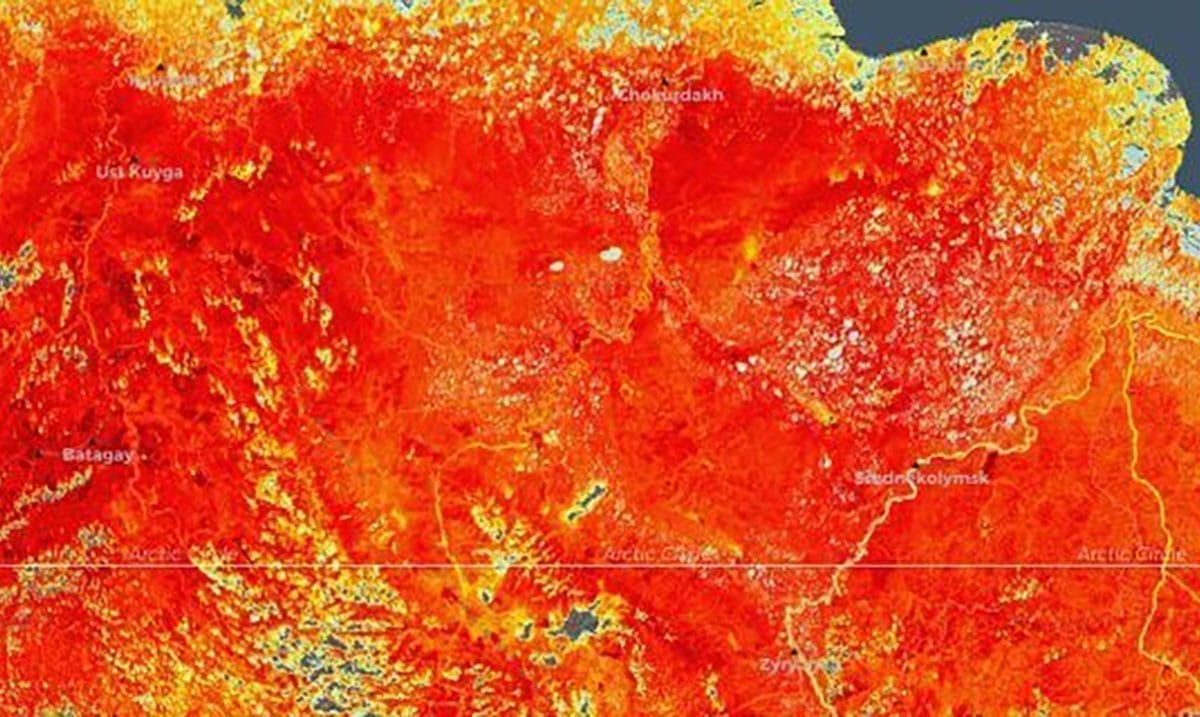 The Arctic Is On Fire – Arctic Heatwave Alarms Scientists

While this might sound insane, the Arctic or at least parts of it are on fire. As things in what should be easily one of the coldest areas on Earth heat up, we’re not quite sure what could be to come.

The heatwave we’ve been hearing about in the Arctic Circle has really caught a lot of us by surprise, while temperatures do rise during this time each year, the amount of rising they’re doing is quite alarming. According to Fox News, things are really heating up in the Arctic and as we’ve noted already one Russian town in the Arctic Circle reached record high temperatures as they had a day that was just over 100 degrees Fahrenheit. Sure, lots of people will dismiss this kind of thing and try to blame it on something other than climate issues but honestly, we really need to stop ignoring the things that are clear before our very eyes. 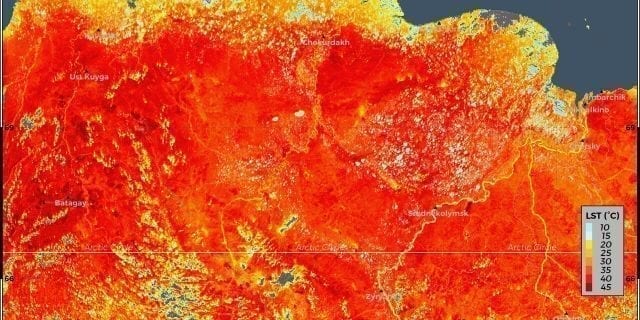 “The Arctic is figuratively and literally on fire — it’s warming much faster than we thought it would in response to rising levels of carbon dioxide and other greenhouse gases in the atmosphere, and this warming is leading to a rapid meltdown and increase in wildfires,” University of Michigan environmental school dean Jonathan Overpeck, a climate scientist, said in an email.

“The record warming in Siberia is a warning sign of major proportions,” Overpeck wrote.

Much of Siberia had high temperatures this year that were beyond unseasonably warm. From January through May, the average temperature in north-central Siberia has been about 8 degrees Celsius (14 degrees Fahrenheit) above average, according to the climate science non-profit Berkeley Earth.

“That’s much, much warmer than it’s ever been over that region in that period of time,” Berkeley Earth climate scientist Zeke Hausfather said.

For residents of the Sakha Republic in the Russian Arctic, a heat wave is not necessarily a bad thing. Vasilisa Ivanova spent every day this week with her family swimming and sunbathing.

Sure, the people in this area are enjoying the weather but that doesn’t mean it isn’t coming without serious implications. Persistently warm weather like this can have dangerous results depending on how things play out, and we should all keep that in mind. If coupled with wildfires this heat could truly do some serious damage as well.

Psys.org wrote as follows covering this heatwave and the things it could bring:

According to meteorologists at the Russian weather agency Rosgidromet, a combination of factors – such as a high-pressure system with a clear sky and the sun being very high, extremely long daylight hours and short warm nights – have contributed to the Siberian temperature spike.

“The ground surface heats up intensively… The nights are very warm, the air doesn’t have time to cool and continues to heat up for several days,” said Marina Makarova, chief meteorologist at Rosgidromet.

Makarova added that the temperature in Verkhoyansk remained unusually high from Friday through Monday.

Scientists agree that the spike is indicative of a much bigger global warming trend.

“The key point is that the climate is changing and global temperatures are warming,” said Freja Vamborg, senior scientist at the Copernicus Climate Change Service in the U.K. “We will be breaking more and more records as we go.”

There is no denying that warming of this kind in these areas is going to affect us all and while we might not see that right now, we will see it big time in the future. To learn more about this take a look at the video below. This is an issue we all need to be as aware of as possible.