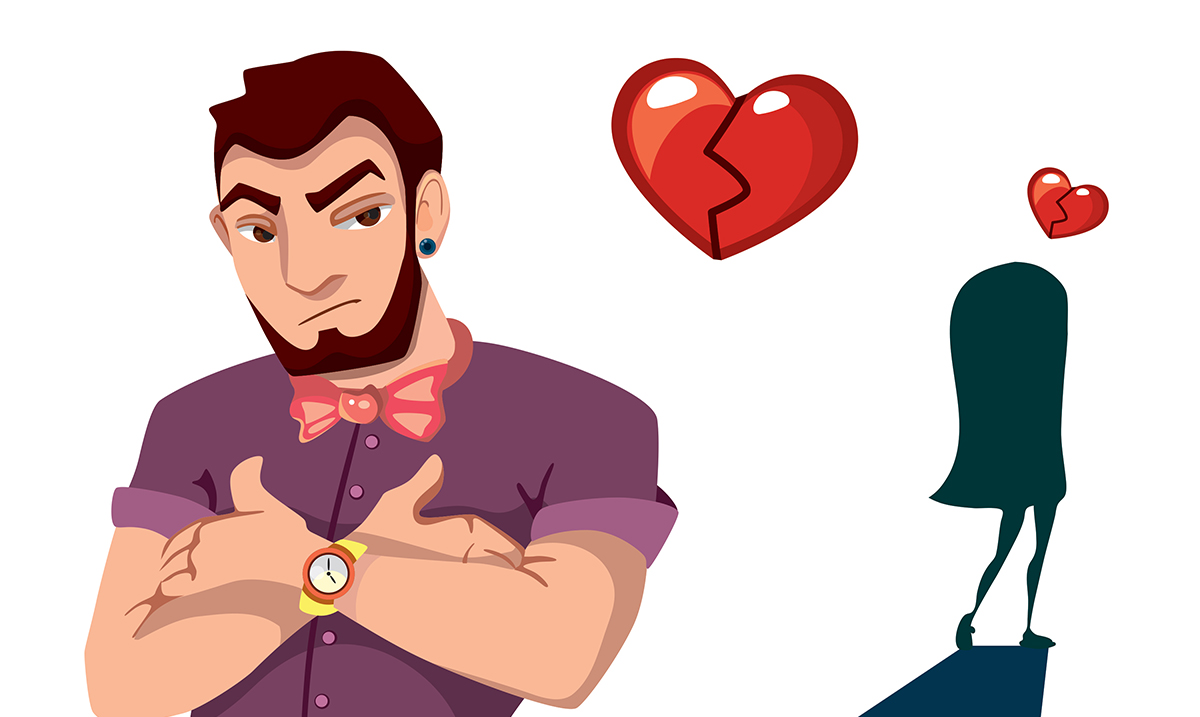 By Harley MansonMarch 25, 2022No Comments

No one enters into a relationship expecting it to fail. On the contrary, most of us want nothing more than to make our relationship last forever. Unfortunately, things don’t always work out the way we intend.

While relationships are a predominant current in our life, they aren’t always easy. Even the best relationships take work and effort. And for a multitude of reasons, relationships don’t always last. Sometimes, people fall out of love. There are many reasons behind why a man falls out of love, but the ones I will be focusing on here are the most common of those reasons.

1. He doesn’t feel like he can be himself around her.

Much like anyone else, men need to feel like they can express themselves. When they do so and are shut down, belittled, or notice that their partner is trying to change them, they begin to pull inward. However, after a while, if they notice that nothing is getting better, they are likely to pull away for good.

2. The interactions in the relationship are predominantly negative.

No one wants to be in a toxic relationship. When loving encounters are replaced with volatile arguments and fights, it is spell disastrous for a relationship. Unfortunately, as long as negativity becomes the primary source of communication in the relationship, the relationship is likely due to failure.

3. He has found someone else.

This may be the elephant in the room that no one wants to acknowledge, but I am going to go ahead and face it head-on here: in many cases, men and even women leave their partners because they have found someone else. This is extremely painful when it happens, but is, unfortunately, one of the most common reasons why a man falls out of love.

4. He found out she was cheating.

There is a strange trend on the internet to villainize me, but men are not the enemy. There are just as many good men in this world as there are good women, and when a man is cheated on, they feel the weight of this betrayal. More often than not, once infidelity has become a presence in a relationship, it isn’t long before it is over.

5. She no longer takes care of herself emotionally or otherwise.

At the beginning of a relationship, both parties often go to great lengths to take care of themselves and impress their partner. As the connection continues, the initial spark can fade and life gets busy. In turn, we don’t always take the best care of ourselves. When we do this, we are setting a precedent of disrespect to ourselves, and our partners pick up on this.

6. The sex has slowed down to a halt.

Yet another elephant in the room; I hate to say it, but sex is important. It may not be the most important aspect of a relationship, but it’s a primary need for both men and women. And when the sex begins to dwindle to a halt, it tears down the foundation of the relationship.

7. He no longer sees a future in the relationship.

Sometimes people grow apart. It’s a very sad reality but it happens. People change and they don’t always change in unison and when this happens, a misalignment takes hold of the relationship. In turn, a future that was once crystal clear can become foggy and muddled. And the less likely you are to be on the same track in the future, the less likely the relationship is going to make it.