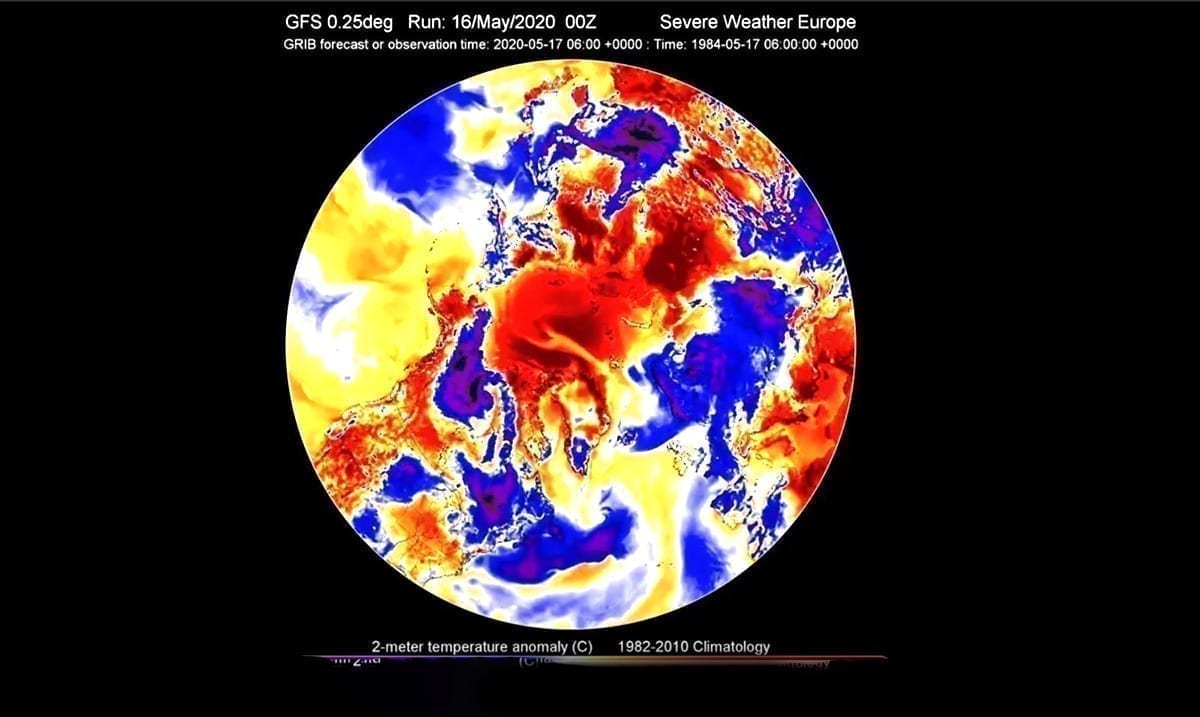 Temperatures In The Arctic Circle Are Rising, Massive Unruly Heatwave

According to Gizmodo who reported on Friday the 22nd, in the Arctic Circle, it was roughly 80 degrees. This is something we do not see often and could be quite concerning depending on how you look at it.

For what seems like weeks now we’ve been seeing news of a heatwave being faced in the Central Arctic and it’s important to be aware of. With all the things going on in the world right now we should not be putting climate change and other issues on the backburner, we should be facing them all regardless of the things we’re experiencing. They cannot just be put off. This period and I guess you could also say the heats we’ve been seeing now as well are not something you should consider normal and seem to be a response to the increasing amounts of greenhouse gases our atmosphere is dealing with whether you want to admit it or not.

When you think of the Arctic circle chances are the idea of heat or warmer weather is something you would not allow to cross your mind but as time passes that could become the ‘norm.’ As you can see in the tweet above, Mika Rantanen who happens to be a researcher at the FMI posted a graphic of the heat western Siberia. I know, this might sound like a lot but it seems quite true and these temperatures are quite warm even for those not in the area.

Washington Post wrote as follows covering the heat Siberia has been facing:

The warmth in Siberia is already having repercussions on Arctic ecosystems, with unusually large Siberian wildfires already burning this year, snow cover plummeting unusually quickly and sea ice cover in areas such as the Kara Sea, which lies to the north of Central Siberia, at a record low for the date, having begun its seasonal melt more than a month earlier than is typical.

In recent years, scientists have raised growing concerns about the stability of Arctic permafrost, including stretches of permanently frozen soil located throughout Siberia. When the permafrost thaws, carbon dioxide and other planet-warming greenhouse gases that had been locked away for centuries is freed up, constituting an accelerant to global warming.

Scientists refer to this phenomena as the somewhat innocuous-sounding “positive climate feedback,” which in reality is not a good thing.

According to Zack Labe, a graduate student at the University of California at Irvine who researches Arctic climate change, what has recently been taking place in Siberia has been extraordinary.

“Although Siberia is known for wild temperature swings, the persistence and magnitude of warmth over the region so far this year has been astonishing,” he said via email. “This week is an example of an extreme event, with summer-like temperatures over parts of Western Siberia thanks to a strong upper level ridge. We can already see this reflected in snow cover data, as there are large negative departures of snow extent stretching across the entire Siberian coast of the Arctic,” he said.

Labe noted that ice in the Kara Sea has reached a record low for the date, and ice cover is thinner than average along the entire coastline of northern Siberia. He said the warmth is likely conditioning the ice to melt further by melting snow cover lying on top of the sea ice.

It was also noted by the Washington Post that melting season begins in roughly July but as time has passed it seems this season has been kicking off a good bit sooner. To learn more on this topic please take a peek at the video below. I know it might be a bit out there for some but these high temperatures could be something important.

Gizmodo wrote as follows on the topic:

“The primary reason for the heat is a so called upper-level ridge, am omega-shaped high pressure system which allows clear skies and sinking air motion,” Rantanen told Earther in a Twitter direct message. “However, what I think is the most noteworthy aspect is that that particular area in Russia has been record-warm in winter. So I believe that lack of snow can play a role as the heat us not consumed into melting of snow.”

On land, it means wildfires continue to spread. Pierre Markuse, a satellite monitoring expert, has kept an eye on the series of increasingly odd fires above the Arctic Circle, a place known more for ice than fire. Most of the blazes he’s documented are in the eastern portion of Siberia, which also dealt with its fair share of heat all year in addition to low snowpack. Seeing fires burn next to braided rivers and large patches of unmelted snow is truly a mood for our current era of climate destabilization.

Then there are the ocean impacts, because climate change doesn’t just stop at the water’s edge. Warmth has washed over the seas that border Siberia, and the Kara Sea north of the western part of the region has seen the most precipitous decline in sea ice. After a slow decline in the first part of May, warm air has fueled a stark decline in sea ice. As of earlier this week, ice extent was the lowest level that’s ever been record in May. It stands as a stark outlier, especially when looking at how ice behaved in the 1980s. I’m old enough to remember when the ice in the Kara Sea used to decline in July.

Numerous other seas that ring the Arctic have also been losing ice. And while they’re not at record-setting levels like the Kara Sea, the Bering and Barents Seas are both at some of their lowest levels on record for this time of year.

Extreme heats could have drastic effects on life in these areas as the creatures there are not used to being in such temperatures, that much we know is true. What do you think about all of this? Sure, we do sometimes see warmer temperatures in these areas but is this too much, or is it seemingly on path? As noted above this could affect the fire season.

For more information on the rising temperatures in the Arctic and the effects, this could have on the area or perhaps the world take a peek at the video below as it goes over ice loss and things of the sort. While Summer melts happen, they could be getting worse.