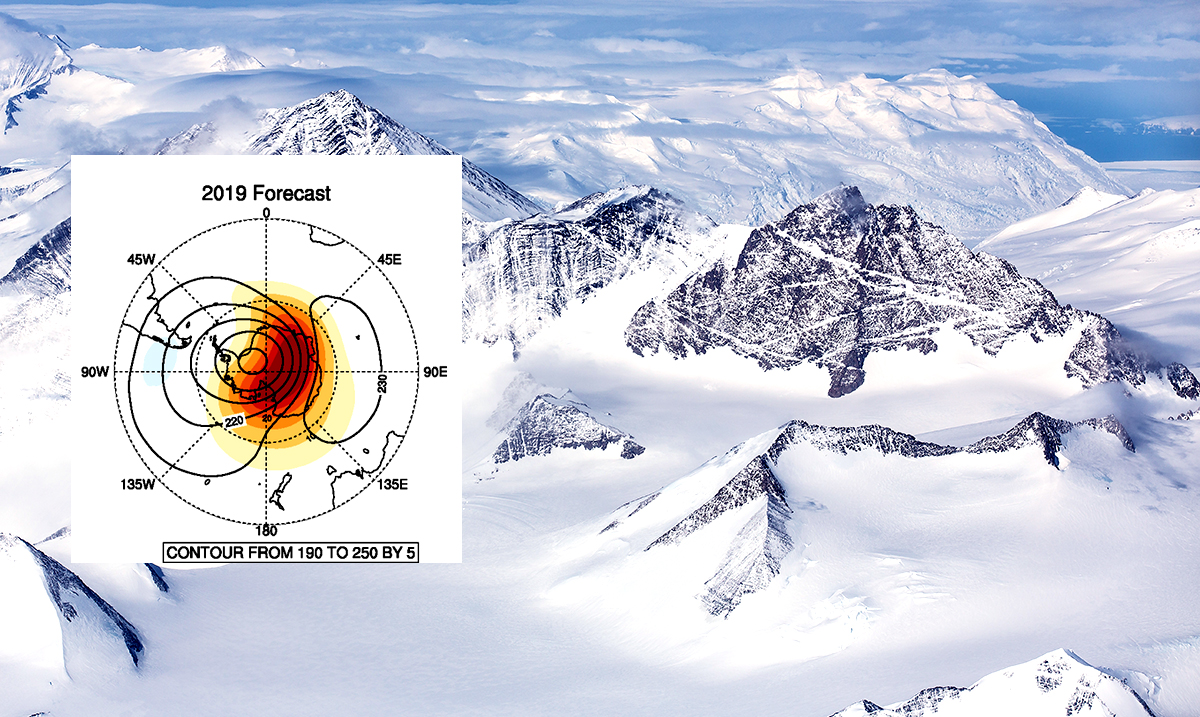 Temperatures Above Antarctica Are Rising At A Surprising Rate

By Gerald SinclairOctober 22, 2019No Comments

Sometime near the end of August, it was noticed that the temperatures above Antarctica were becoming quite warm, much warmer than usual. This is something we will see more and more of as time continues to pass for a number of reasons.

This event itself is something officials refer to as sudden stratospheric warming and it is quite dramatic, to say the least. Scientists at the Australian Bureau of Meteorology BOM have been noting that the stratospheric temperatures in this area are creeping up much higher than they had expected them to and continuing to do so in a way that is quite concerning. This is something that depending on the way in which it plays out could affect places across the Southern Hemisphere.

The Conversation wrote as follows in regards to what is exactly happening:

Every winter, westerly winds – often up to 200km per hour – develop in the stratosphere high above the South Pole and circle the polar region. The winds develop as a result of the difference in temperature over the pole (where there is no sunlight) and the Southern Ocean (where the sun still shines).

As the sun shifts southward during spring, the polar region starts to warm. This warming causes the stratospheric vortex and associated westerly winds to gradually weaken over the period of a few months.

However, in some years this breakdown can happen faster than usual. Waves of air from the lower atmosphere (from large weather systems or flow over mountains) warm the stratosphere above the South Pole and weaken or “mix” the high-speed westerly winds.

Very rarely, if the waves are strong enough they can rapidly break down the polar vortex, actually reversing the direction of the winds so they become easterly. This is the technical definition of “sudden stratospheric warming.”

Although we have seen plenty of weak or moderate variations in the polar vortex over the past 60 years, the only other true sudden stratospheric warming event in the Southern Hemisphere was on September 2002.

In contrast, their northern counterpart occurs every other year or so during the late winter of the Northern Hemisphere because of stronger and more variable tropospheric wave activity.

These conditions in many ways could cause some complications for Australia as they might end up leaving those living there quite hot. Because of these weakenings in the stratospheric polar vortex, Australia will likely for a good whole be very hot and dry which is never a fun thing to experience. This kind of thing can affect human health, energy supplies, water supplies, cause wildfires, and really make a difference in a lot of ways.

The abstract for a study on this stratospheric scare and how Australia will be impacted was published in Nature Geoscience and it’s abstract goes as follows:

The occurrence of extremely hot and dry conditions in warm seasons can have large impacts on human health, energy and water supplies, agriculture and wildfires. Australian hot and dry extremes have been known to be associated with the occurrence of El Niño and other variations of tropospheric circulation. Here we identify an additional driver: variability of the stratospheric Antarctic polar vortex.

On the basis of statistical analyses using observational data covering the past 40 yr, we show that weakenings and warmings of the stratospheric polar vortex, which episodically occur during austral spring, substantially increase the chances of hot and dry extremes and of associated fire-conducive weather across subtropical eastern Australia from austral spring to early summer. The promotion of these Australian climate extremes results from the downward coupling of the weakened polar vortex to tropospheric levels, where it is linked to the low-index polarity of the Southern Annular Mode, an equatorward shift of the mid-latitude westerly jet stream and subsidence and warming in the subtropics. Because of the long timescale of the polar vortex variations, the enhanced likelihood of early-summertime hot and dry extremes and wildfire risks across eastern Australia may be predictable a season in advance during years of vortex weakenings.

What do you think all of this could mean for the rest of us and perhaps Antarctica itself? While more will be known in time, this could go in several different directions. It seems hot and dry extremes are about to really begin popping off, are you ready?