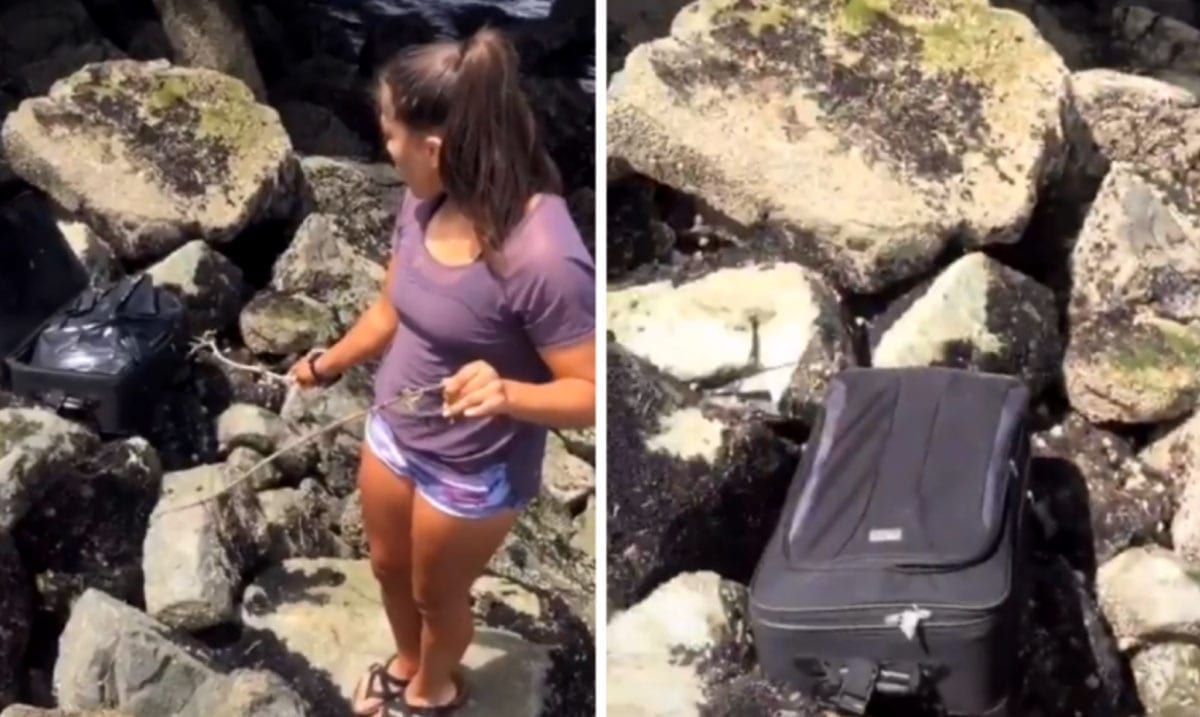 TikTok is known for having some interesting trends but this one took a turn in a way many did not expect. While the exploring app Randonautica might sound fun, you truly never know what you may find when using it.

Now, for those who do not know Randonautica is an app that basically generates a random location somewhat close to where you are for you to go explore. These locations should be explored carefully though as because of the way this app works it can send you to some pretty odd places. That all having been said, it’s quite fun for those who partake and allows them to explore their areas more in-depth.

While the app itself is nothing too crazy and those who use it are just trying to explore, sometimes when we’re exploring we find more than we had initially bargained for which seems to be what happened to this group of TikTokkers. In late June a group of TikTokkers posted a video in which it seems they come across a smaller black suitcase. That in itself was already quite eerie but when they opened it up, the nature of their situation became quite clear.

While they, to begin with, are hoping it would be filled with something amazing like money, it was actually holding the body of a dead person. According to Insider this happened somewhere on Seattle beach and while in the video only one body/suitcase is shown it was also noted that there were actually two. One was still in the water and no one was aware of it just yet.

These teens after finding the initial body called the police and waited for them to arrive and from there it was found that the two bodies in these bags were Jessica Lewis and Austin Wenner who were shot days before their bodies were found. While we do not know why they were shot and stuffed in these suitcases, perhaps in time that mystery will come to light, and they can get justice once all is said and done. While most people don’t think they’re going to find things like this the truth is anyone can.

Authorities responded to the scene after receiving the call of a suspicious bag on the beach. A second bag was located in the water, the Seattle Police Department said in a statement.

Seattle Police Detective Mark Jamieson confirmed that the TikTok video wasn’t posted until the next day.

“We’re glad the video is out there. We spoke to the people involved, and they corroborated some of the information,” Jamieson said. “The kids found bag on beach, it smelled, they called 911. … Officers got out there in about an hour and a half, and then officers did further investigation and then discovered that it was probably remains and called the detectives and the Medical Examiner’s Office.”

Lewis was a mother of four, and she’d dated Wenner for eight years, her aunt, Gina Jaschke told the affiliate.

“They were just nice normal people,” she said. “Nobody deserves what happened to them.”

Now, taking a look below you can see the TikTok that was posted, and while it is heartbreaking to see do note these teens don’t actually open the bag up. They smell something terrible and decide it would be a better idea to allow the police to find out what’s inside. While people initially thought this was fake, we now know it is very much real.

This in itself is truly heartbreaking but kudos to these teens for doing the right thing and not just walking away when it smelled bad. Some people have criticized them for having posted the video overall but because they didn’t show the body and merely documented a sad experience they had, I don’t see anything wrong with it. They definitely did it in a more respectful way than some/certain other influencers would have.

Please when using Randonautica be aware you never know what you’re going to find. While this encounter happened by chance it’s something that others could also end up experiencing. That all having been said please note the app itself had nothing to do with the killings, it merely generated a ping location that happened to have some darkness present to it.