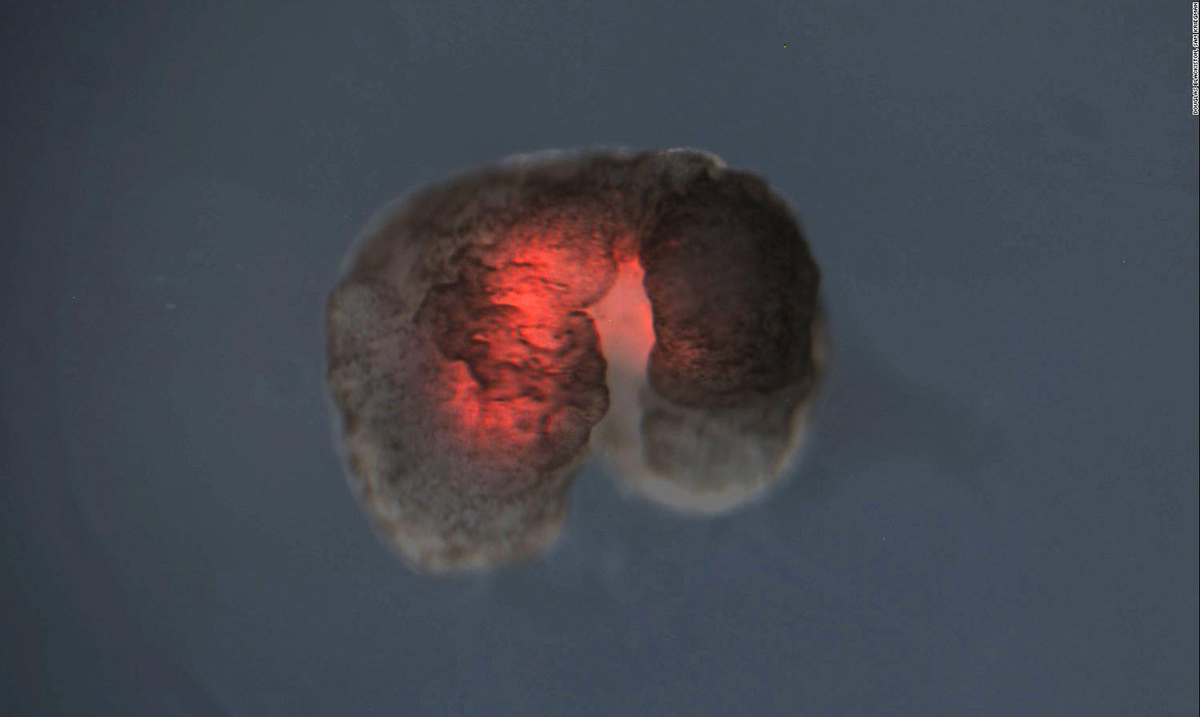 While it may sound like something from a Sci-Fi movie, this is not a drill. Scientists have now created the first living robots, known as xenobots that can reproduce.

The robots were built using stem cells from African clawed frogs (Xenopus laevis) which is where they get their name from. In 2020, the robots were unveiled, and they were tiny blob-like creatures that move, work together in groups and even self-heal.

The same researchers who developed them at the University of Vermont, Tufts University, and Harvard University’s Wyss Institute for Biologically Inspired Engineering have now come forward to say that the robots are reproducing in a way, unlike anything that is currently known or understood.

“Most people think of robots as made of metals and ceramics, but it’s not so much what a robot is made from but what it does, which is active on its own on behalf of people,” co-author Josh Bongard, a computer scientist at the University of Vermont, tells Katie Hunt for CNN. “In that way, it’s a robot, but it’s also clearly an organism made from genetically unmodified frog cells.”

According to the Guardian, the reproductive process is carried out by scooping up free-floating cells and then reassembling them into brand-new clusters.

One xenobiotic starts a pile, and then, a second parent xenobiotic pushes cells into the same pile, until they generate a child. However, once they have produced a child, the child is not strong enough to create grandchildren.

Additionally, Smithsonian magazine reports that they can only reproduce under special conditions.

Right now, the xenobiotic technology is still in its infancy, so there is no telling what the possibilities are that lie ahead. “There are many things that are possible if we take advantage of this kind of plasticity and ability of cells to solve problems,” explained Josh Bongard a lead author for the study conducted about the bots.