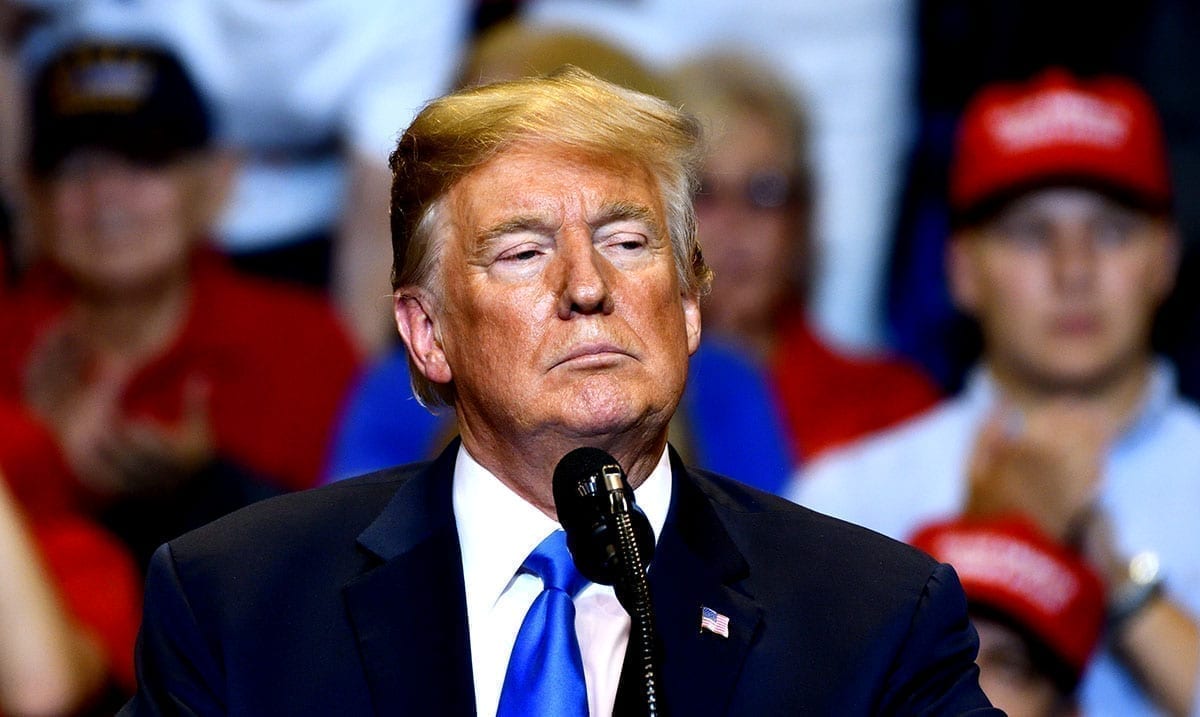 By Gerald SinclairOctober 3, 2020No Comments

We know people get fired all the time for terrible reasons but this one might be something that a lot of people consider controversial. Politics, in general, are a topic no one can agree on, some think this man being fired was going too far.

According to Fox 2 Detroit, a teacher and coach in the Walled Lake School District claims he was fired after he tweeted something as simple as “I’m done being silent. (Donald Trump) is our President.” Now, while some people are against Trump, he technically is our president at the moment whether we all like it or not, and stating this to many doesn’t seem like enough to fire someone over. A lot of people think it’s going overboard.

This man’s name is Justin Kucera, and he told Fox 2 Detroit that he sent this tweet out on July 6th and was fired shortly after. He claims he sent it because he wanted to show his support and well, he received a lot of backlash as a result. From there he got a call from the ‘school administrators’ who had a lot to say.

Fox 2 Detroit wrote as follows on this situation:

“They also asked me about the retweet of President Trump’s tweet that said schools must open in the fall,” Kucera said. “I chose not to resign, they chose to fire me.”

District Supt. Kenneth Gutman pushed out a tweet one day after Kucera tweeted his message.

“Walled Lake Schools advocates for social justice, equity, diversity, and inclusion for all. We believe in the importance of discourse, but we will not stand for speech or actions from those that represent our District that seeks to divide or demean our staff, students, citizens.”

Kucera said he’s being silenced by the school.

“We can all have conversations and we can have a difference of opinions and we can talk about it,” Kucera said. “But I don’t think anyone should be silenced. This isn’t fireable.”

FOX 2 reached out to the school district and we were told, “Please know that no disciplinary action was taken as a result of any support of President Trump and we are unable to comment on specific staff discipline and personal matters.”

“I feel really bad for him I hope he is able to find a better job,” said Susan Reising, a concerned parent.

“There is other stuff at that school that people should get in trouble for,” said Thomas Hooks, a recent graduate of Walled Lake Western. “This isn’t that big.”

Sure, some people may not agree with his political views and many do not support Trump as a whole but tweeting things as simple as that should not be seen as such a big deal, we are all entitled to speak our minds in this sense. Going on just the things noted above it’s not as if he attacked anyone or went out of his way to be disrespectful to anyone and so, should he really have lost his job?

Kucera says he never brought this kind of thing into the classroom and honestly, it’s kind of sad to see how the situation overall unfolded. The school’s FB page seems to have since all of this happened been overwhelmed with comments from people calling the school out for taking things way too far but it does not seem that Kucera will be getting his job back.

As noted above, this did happen back in July but it’s important to be aware of as we should all be able to speak on things like this regardless of what side we are on as long as we are not hurting or disrespecting anyone, right? With Election Day just around the corner, this is not something that should be ignored or brushed off.