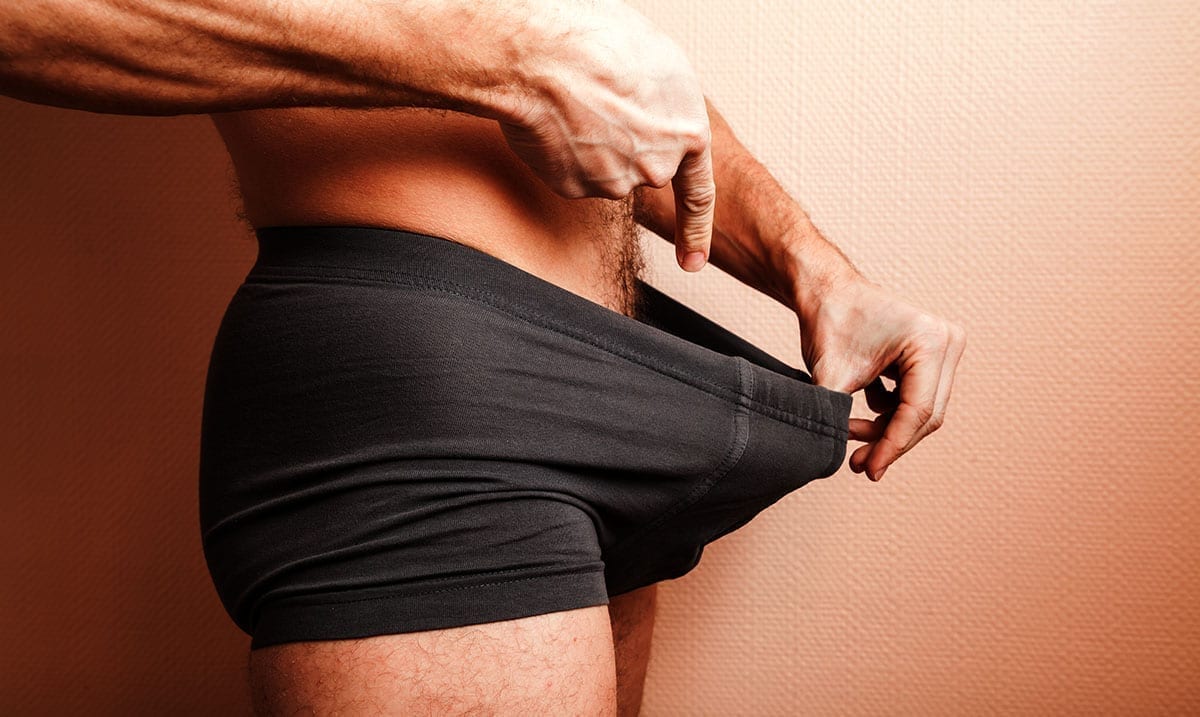 By Gerald SinclairNovember 4, 2020No Comments

Sure, we all tend to assume everyone changes their clothes daily but for some, it seems that is not a priority. Are you a man who doesn’t change his undies daily?

According to The Metro, a survey was recently carried out by OnBuy that noted one in five men do not change their underwear daily. This meaning men at around 22 percent do not change their boxers (or whatever they prefer to wear) when they get home from work each night. That being said, it seems women didn’t fare much better in all of this as they were noted at 18 percent which isn’t much less, to be honest.

While it might not sound like a big deal to some, many cringe at the thought of keeping their undies on for more than a day. This survey included almost three thousand people and well, apparently some men have such bad hygiene that they re-wear their underwear ‘more than five times before washing them.’ While that was only 1 in 20, it was quite alarming to hear. Sure, there are likely a lot of reasons that feed into this but it doesn’t make our skin crawl any less regardless of the reason, does it?

The Metro wrote as follows after talking to Dr. Cosgrove who happens to be a specialist on topics similar to this one:

Dr. Nichola Cosgrove, skincare specialist at Natura Emporium tells Metro.co.uk: ‘We have naturally occurring bacteria in our genitals that will happily stay at their normal levels as long as we use the correct hygiene products and correctly fitting underwear, wash ourselves after a particularly sweating activity etc.

‘Obviously bacteria transfers throughout the day onto our underwear, through natural sweating and also if you don’t clean yourself correctly or sufficiently after going to the toilet, normal bodily secretions and just general faecal matter transfers from breaking gas – disgusting to think about it, but very true.

‘Underwear in a way acts as a barrier to protect our clothes, as it’s easier to wash our underwear regularly than our clothes. By not changing your underwear every day you will start to have an accumulation of bacteria like Escherichia coli, staphylococcus, streptococcus, and many others that are perfectly normal and useful when they remain at their required levels.

‘However because they thrive in a warm and humid environment, they will start to multiply out of control. The effects of these can be as simple as a bad odour, a rash, excess itching, to full-on yeast infections, urinary tract infections, and potentially life-threatening staph infections.’

Dr. Nichola recommends ironing underwear if you’re really concerned about bacteria. The high heat from the steam should kill off anything dangerous that the washing cycle doesn’t.

As Dr. Cosgrove noted not washing your undergarments and re-wearing them is only promoting the growth of bacteria and that can end up making you quite uncomfortable. Excess levels of certain bacterias can be a big issue. We all need to be aware of this and well, if you’re someone who doesn’t change your undies daily, perhaps you should consider doing so. To learn more about all of this please take a look at the video below.