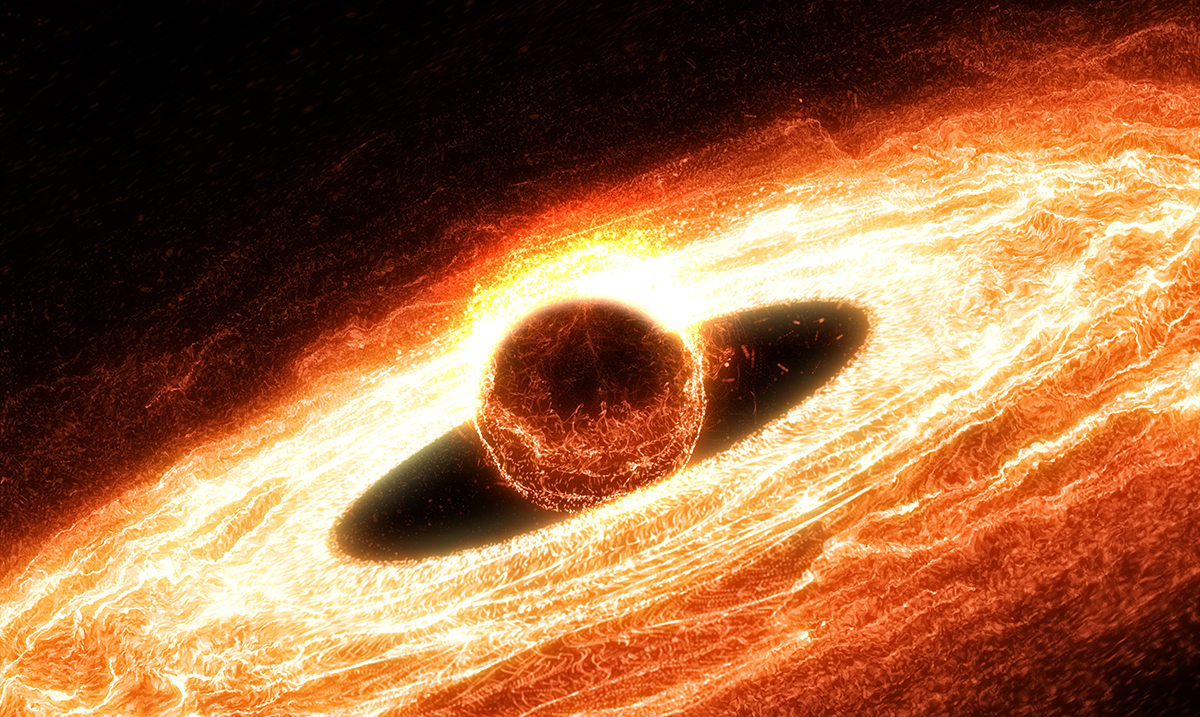 The supermassive black hole that belongs to the Milky Way is known as Sagittarius A and is over 4 million times larger than the sun. And according to NASA, it’s leaking.

Periodically, according to them, the black hole actually “burps” a “mini-jet” into space. And while the Hubble telescope has not been able to capture footage of the jet, they explain that they have found “circumstantial evidence” that the black hole is letting out huge hydrogen clouds and then splattering them.

For some time, there has been the belief that the black hole was sleeping. However, they now believe that rather than being asleep, the black hole is quite active.

“The central black hole is dynamically variable and is currently powered down,” said Gerald Cecil of the University of North Carolina in Chapel Hill. Using multiwavelength observations from various telescopes, Cecil has pieced together a puzzle that shows that the black hole is burping out gas clouds. And now, his team has published their findings in the Astrophysical Journal.

According to NASA’s press release, “By connecting the dots, Cecil next found in Hubble infrared-wavelength images a glowing, inflating bubble of hot gas that aligns to the jet at a distance of at least 35 light-years from the black hole. His team suggests that the black hole jet has plowed into it, inflating the bubble. These two residual effects of the fading jet are the only visual evidence of it impacting molecular gas. ”

Evidence that was discovered by Hubble telescopes and others shows that it’s likely the black hole had an outburst 2.4 million years ago that in turn created a pair of bubbles that glow right above our galaxy. These are known as the Fermi gamma-ray bubbles.

The new study that was carried out used Hubble data to understand the expansion velocity and composition of the gamma-ray bubbles. The images taken show an outburst so powerful that it illuminated a gaseous structure called the Magellanic Stream, which is 200,000 lightyears away from the galactic center. Even now, the gas continues to glow.

“The black hole need only increase its luminosity by a hundredfold over that time to refill the jet channel with emitting particles,” Cecil explained in a statement. “It would be cool to see how far the jet gets in that outburst. To reach into the Fermi gamma-ray bubbles would require that the jet sustains for hundreds of thousands of years because those bubbles are each 50,000 light-years across!”