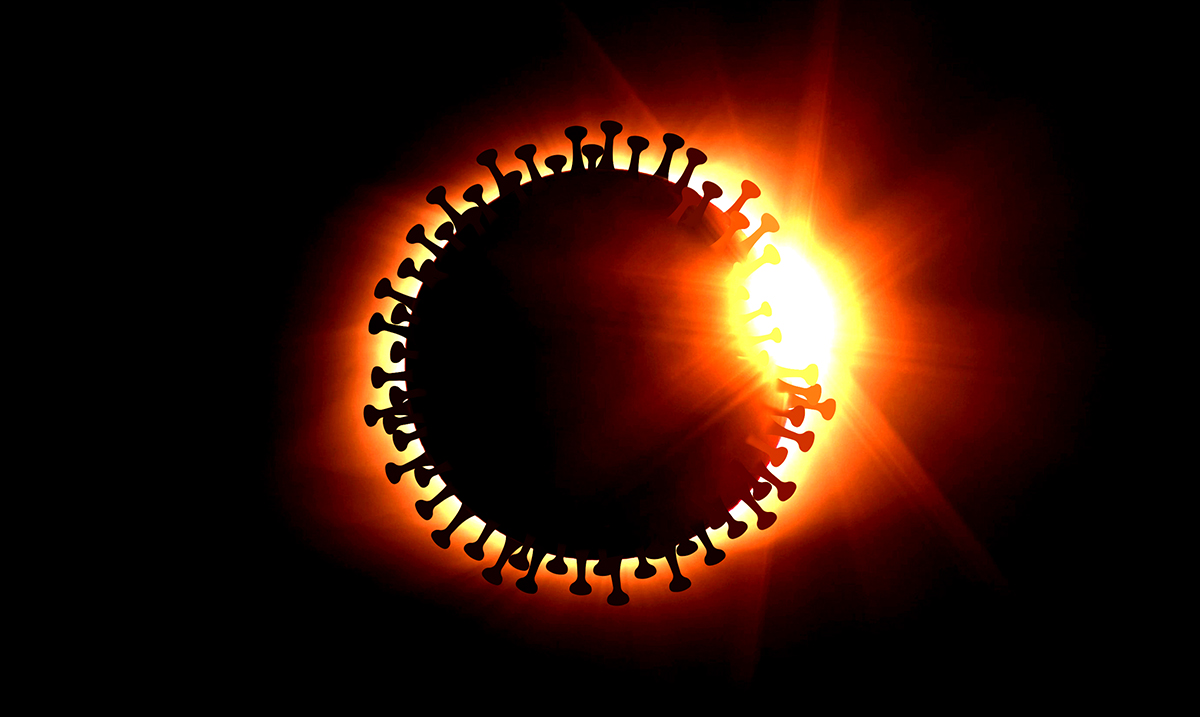 By Gerald Sinclair April 8, 2021 No Comments

While we know on some level that sunlight has an effect on the coronavirus we’re currently facing, there may be more to it than previously thought.

A study published not too long ago seems to suggest that sunlight might be able to actually inactivate covid around eight times faster than previously thought. This according to UC Santa Barbara’s mechanical engineer Paolo Luzzatto-Regis seems to work because the UVB hits the RNA of the virus and damages it. That being said, it is still more or less a theory.

This overall suggests there is a lot more going on than we realize. There is more to this that we still right now are not aware of but in time we may better understand it. I know, this might not sound like much, but it brings a lot to the table.

Part of this posting goes as follows and was published under the title ‘UBV Radiation Alone May Not Explain Sunlight Inactivation of SARS-CoV-2’:

Briefly, the theory of Sagripanti and Lytle [2, 3] considers direct photochemical damage to viral RNA, which is maximal for UVC (wavelengths between 200 and 280 nm). The effectiveness of UVC is expressed as the exposure that produces one e-fold reduction in infectious virion concentration (ie, to 37% of the initial value) at a wavelength of 254 nm, which is written as D37 [3]. Because larger D37 implies slower inactivation, D37 is effectively an inverse sensitivity. Based on genome size, for Coronaviridae, Lytle and Sagripanti estimated D37 between 2.5 and 3.9 J/m2, and D37 = 3.0 J/m2 for SARS-CoV-2 [2]; this value is used in the calculations presented here. Although no UVC reaches the Earth’s surface, longer UV wavelengths can still affect viral RNA, albeit with decreased sensitivity. To account for this, Lytle and Sagripanti [3] introduced an action spectrum, expressed as the ratio between sensitivity at a given wavelength λ and the UVC sensitivity at 254 nm. Writing this relative sensitivity as r(λ), and expressing the spectral irradiance at a given wavelength as Ee,λ(λ), one can evaluate an equivalent UVC irradiance (in W/m2) as

Moving forward I’m sure more people will be looking into this. It was also noted that UV-A could end up being more capable than other options. As time keeps moving forth, we can only hope to better understand things as a whole.

UC Santa Barbara wrote as follows on this topic:

“The theory assumes that inactivation works by having UV-B hit the RNA of the virus, damaging it,” said UC Santa Barbara mechanical engineering professor and lead author Paolo Luzzatto-Fegiz(link is external). Judging from the discrepancies between the experimental results and the predictions of the theoretical model, however, the research team felt that RNA inactivation by UV-B “might not be the whole story.”

According to the letter, the experiments demonstrated virus inactivation times of about 10-20 minutes — much faster than predicted by the theory.

“The theory predicts that inactivation should happen an order of magnitude slower,” Luzzatto-Fegiz said. In the experiments, viruses in simulated saliva and exposed to UV-B lamps were inactivated more than eight times faster than would have been predicted by the theory, while those cultured in a complete growth medium before exposure to UV-B were inactivated more than three times faster than expected. To make the math of the theory fit the data, according to the letter, SARS-CoV-2 would have to exceed the highest UV-B sensitivity of any currently known virus.

Or, Luzzato-Fegiz and colleagues reasoned, there could be another mechanism at play aside from RNA inactivation by UV-B rays. For instance, UV-A, another, less energetic component of sunlight might be playing a more active role than previously thought.

What do you think about all of this? Moving forward what direction should we be stepping into? I guess only time will tell.