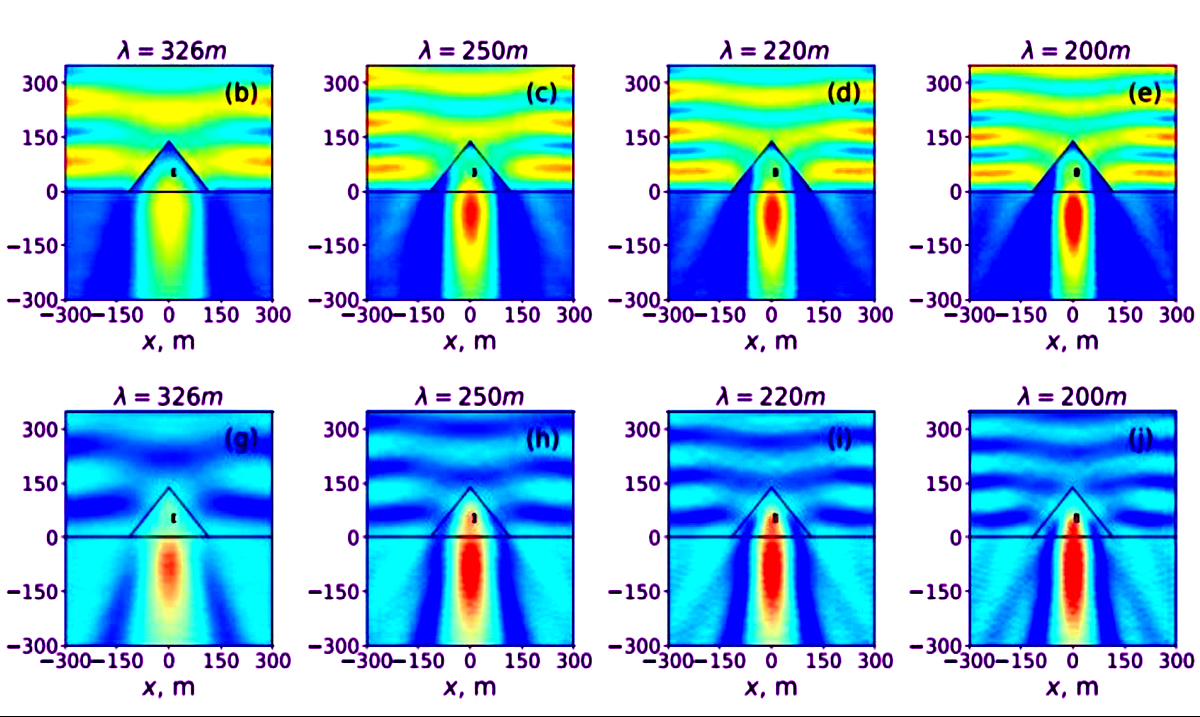 Not much is known about the pyramids in Egypt in general, but we are beginning to uncover a lot. As time passes more and more studies are bringing things to light that we otherwise would never know.

A study from 2018 that was published in the Journal of Applied Physics actually revealed that the Great Pyramid of Giza could be capable of much more than serving as a mere tomb. Under resonance conditions, the pyramid itself might be able to concentrate electromagnetic energy within its internal chambers as well as under the base. This study was carried out by an international research group and theoretical physics was used during the investigation itself. The nanoparticles that come forth because of this could be used as solar cells and so much more could end up coming forth as a result.

Resonant response of the Great Pyramid interacting with external electromagnetic waves of the radio frequency range (the wavelength range is 200–600 m) is theoretically investigated. With the help of numerical simulations and multipole decomposition, it is found that spectra of the extinction and scattering cross-sections include resonant features associated with excitation of the Pyramid’s electromagnetic dipole and quadrupole moments. Electromagnetic field distributions inside the Pyramid at the resonant conditions are demonstrated and discussed for two cases when the Pyramid is located in a homogeneous space or on a substrate. It is revealed that the Pyramid’s chambers can collect and concentrate electromagnetic energy for both surrounding conditions. In the case of the Pyramid on the substrate, at the shorter wavelengths, the electromagnetic energy accumulates in the chambers providing local spectral maxima for electric and magnetic fields. It is shown that basically the Pyramid scatters the electromagnetic waves and focuses them into the substrate region. The spectral dependence of the focusing effect is discussed.

This resonance can be induced by radio waves that range from 200 to 600 meters. Through making a model of this response the calculations ended up playing through properly. A multipole analysis was carried out from here to explain the results that these physicists came up with and distribution seemed quite interesting. While the pyramids are something we as human beings of this current time period have always been fascinated with, we are gaining more and more reason for that as each day passes.

In a press release Dr. Sc. Andrey Evlyukhin (scientific supervisor and coordinator of this research) said as follows in regards to their findings:

“Egyptian pyramids have always attracted great attention. We as scientists were interested in them as well, so we decided to look at the Great Pyramid as a particle dissipating radio waves resonantly. Due to the lack of information about the physical properties of the pyramid, we had to use some assumptions. For example, we assumed that there are no unknown cavities inside, and the building material with the properties of an ordinary limestone is evenly distributed in and out of the pyramid. With these assumptions made, we obtained interesting results that can find important practical applications.”

While to some this might not seem like much to those in the world of physics it is a great feat and a step in the right direction. What do you think about all of this? Could it be some kind of coincidence or is there more to it than that? It seems in this aspect the Egyptians themselves were way ahead of their time.