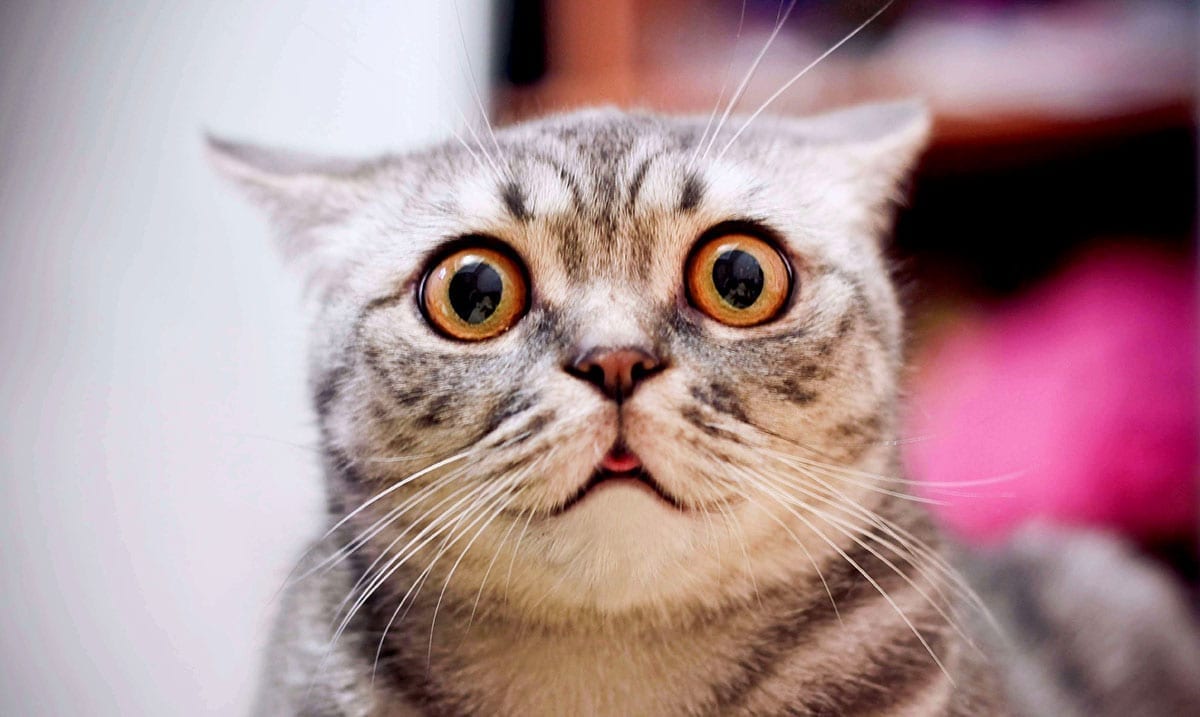 A lot of people love cats, but I am certain most of us can agree that cats are overall pretty distant compared to dogs. Yes, cats can be loving but they’re just unique in a lot of ways.

When it comes to talking to your dogs most of the time it feels like they can really understand us but cats do things differently. It however seems that when it comes to really being on the same page as your cat perhaps you should be looking to the eyes. A somewhat recent study from researchers at the University of Portsmouth seems to suggest that the slow-blink in itself might be a means of getting along better with your feline friend.

For cats, their eyes and the movements they make with them are important and so when it comes to human and cat communicating it might too hold a crucial place in building ‘rapport.’ This slow-blink or narrowing of the eyes makes the human more attractive to the cat according to a posting made by the University of Portsmouth. These findings were posted in the journal Scientific Reports and well, they’re very interesting that’s for sure.

Domestic animals are sensitive to human cues that facilitate inter-specific communication, including cues to emotional state. The eyes are important in signaling emotions, with the act of narrowing the eyes appearing to be associated with positive emotional communication in a range of species. This study examines the communicatory significance of a widely reported cat behavior that involves eye narrowing, referred to as the slow blink sequence. Slow blink sequences typically involve a series of half-blinks followed by either a prolonged eye narrow or an eye closure. Our first experiment revealed that cat half-blinks and eye narrowing occurred more frequently in response to owners’ slow blink stimuli towards their cats (compared to no owner–cat interaction). In a second experiment, this time where an experimenter provided the slow blink stimulus, cats had a higher propensity to approach the experimenter after a slow blink interaction than when they had adopted a neutral expression. Collectively, our results suggest that slow blink sequences may function as a form of positive emotional communication between cats and humans.

Cats in this study were found to be more likely to slow blink at their owners if their owners had slow blinked at them. This in itself shows that cats and people are really able to communicate on some level. While it might not sound like much, it’s pretty interesting for a lot of reasons.

The University of Portsmouth wrote as follows on these findings:

“This study is the first to experimentally investigate the role of slow blinking in cat–human communication. And it is something you can try yourself with your own cat at home, or with cats you meet in the street. It’s a great way of enhancing the bond you have with cats. Try narrowing your eyes at them as you would in a relaxed smile, followed by closing your eyes for a couple of seconds. You’ll find they respond in the same way themselves and you can start a sort of conversation.”

Dr. Tasmin Humphrey, first author of the study, said: “Understanding positive ways in which cats and humans interact can enhance public understanding of cats, improve feline welfare, and tell us more about the socio-cognitive abilities of this under-studied species.

“Our findings could potentially be used to assess the welfare of cats in a variety of settings, including veterinary practices and shelters.

“In terms of why cats behave in this way, it could be argued that cats developed the slow blink behaviors because humans perceived slow blinking as positive. Cats may have learned that humans reward them for responding to slow blinking. It is also possible that slow blinking in cats began as a way to interrupt an unbroken stare, which is potentially threatening in social interaction.”

Two experiments were conducted to explore the significance of the slow blink in cat-human communication. The first experiment included a total of 21 cats from 14 different households. Fourteen different owners participated in experiment 1. Ten of the cats were male and 11 of the cats were female, with cat age ranging from an estimated 0.45–16 years. The experiments took place in each cat’s home. The psychologist advised the cat’s owner on how to slow blink. Once the cat had settled down in one place, the psychologist asked the owner to sit approximately one meter away from the cat.

Experiment 2 included a total of 24 additional cats. Twelve cats were male and 12 cats were female, with cat age ranging from an estimated 1–17 years old. The cats included in the final analyses were from eight different households. In this experiment, the researcher, who was unfamiliar to the cat, either slow blinked at the cat or adopted a neutral face without direct eye contact. This experiment also tested which context the cats preferred to approach the unfamiliar experimenter, by them offering the cat a flat hand with palm faced upwards whilst sat or crouched directly opposite the cat. Both experiments were video recorded.

What do you think about all of this? I for one think it really highlights how different cats are from other animals and that they in many ways are sensitive to the cues we as humans send forth. How do you feel about cats? I for one am very much a dog person but still have a lot of love for cats as well.