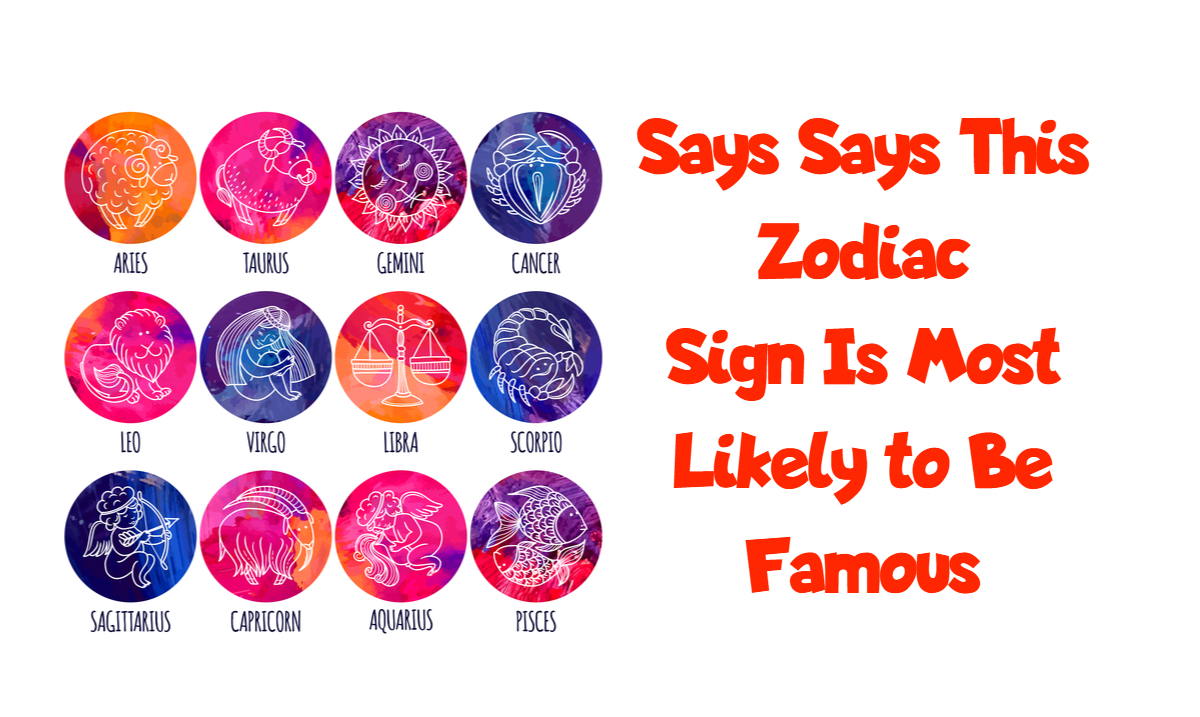 By Gerald Sinclair January 23, 2019 No Comments

While you might want to be famous, it seems unless you’re an Aquarius you might not be as likely to achieve that dream. Those born under this sign are much more likely to become a celebrity than anyone else.

A study published in the Journal of Social Sciences has revealed that when it comes to the world of those who are considered to be famous, most were born in either January or February. As the sample size increased,. the results still played through in this manner. This study began with a sample size of 100 and from there was increased two separate times.

To find any favored zodiac sign for celebrity births, a sample of 100 celebrities were randomly selected from people of different walks of life. The sample contained politicians, natural scientists, social scientists, Authors of literary works, social workers, humanitarian workers, business personnel, sports icons, singers, actors, actresses, etc. etc. from history and from the current time. The zodiac signs for the celebrities were found from their known dates of births. In the analysis of data, zodiac signs and the number of celebrities were represented as the independent x and the dependent y variables, respectively. For academic interests for the 9th grade high school juniors (at the time of the project performance), the co-authors of this article, as well as for the potentially illustrative uses in high school mathematics textbooks, bar and scatter plots were made, the line of best fit and the equation of the line were found, probabilities of occurrences of celebrities for each of the zodiac signs were calculated and the correlation coefficients between the variables were determined for the sample. It was found that the zodiac Aquarius has the largest number of celebrities in the sample and that the two variables are moderately correlated. The sample sizes which were increased to 200 and then 300. By including another 100 more celebrities to find if the trend remains unchanged. In all the three cases, Aquarius turned out to be the zodiac when most of the celebrities are born.

As noted above in the abstract, the variety of different kinds of celebrities was quite wide and yet things still played out quite interestingly. There have actually been lots of studies done regarding birthdates and this kind of thing. Those born in January have ironically also been found to grow up and be CEOs and other things of the sort as well as doctors.

When you really look at the Aquarius (the sign of which most born in January/February will have) there are some very important characteristics to note that might be driving their common celebrity status. Aquarians are very independent, progressive, and uncompromising. They love intellectual conversation, are somewhat aloof, and even great at solving problems.

That being said, if you’re not an Aquarius and you want to find success if you work hard regardless of your sign you will be able to achieve whatever you want in life. When we do our best, we reap the benefits big time. Sure, science does seem to favor January and February babies in this manner but that doesn’t mean that the month you were born in is holding you back.