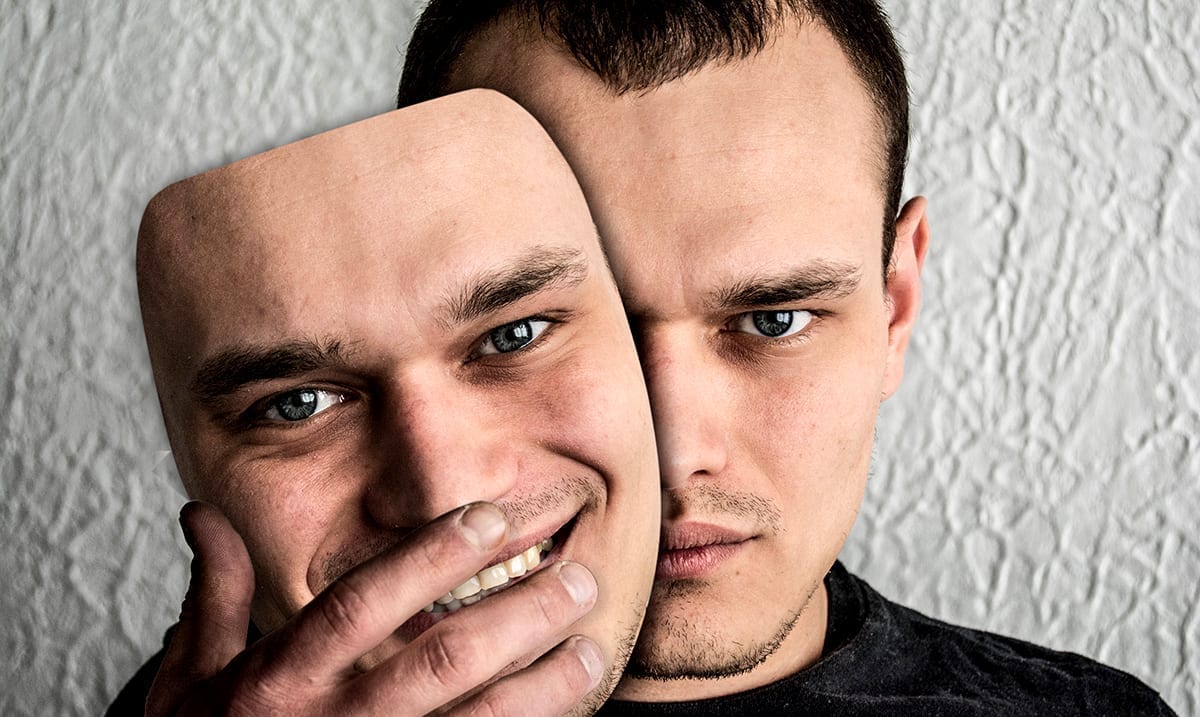 We hear about and see more and more people who don’t want to take the time to wear masks in public and other things of the sort which overall sounds quite silly and has garnered many of them the title of ‘Karens’ but why are people fighting guidelines so harshly? While most would assume when people’s lives are in danger we would all come together to help in any way we could, that does not seem to be the case, does it?

Well, it seems there is more going on with those who refuse to abide by guidelines during times like these than you’d expect. One study from December of this year actually suggests these people could be more narcissistic than most and hold truer to the dark triad than those who are willing to cover their faces without much complaint and so forth. This study correlated the dark triad traits with less prevention overall and more hoarding as a whole. This meaning those with these traits would be more likely to buy up all the toilet paper to avoid running out even if it meant others had to go without all the while not bothering with regular sanitizing and face-covering because they don’t want to.

In a nationally representative sample from Poland (N = 755), we examined the relationships between the Dark Triad traits (i.e., psychopathy, Machiavellianism, and narcissism) and collective narcissism (i.e., agentic and communal) on the one hand, and behaviors related to the COVID-19 pandemic at (1) the zero-order level, at (2) the latent variance level, and (3) indirectly through health beliefs about the virus (i.e., the health belief model) on the other. We focused on preventive and hoarding behaviors as common reactions toward the pandemic. Participants characterized by the Dark Triad traits engaged less in prevention and more in hoarding, whereas those characterized by collective narcissism engaged in more hoarding only. Coronavirus-related health beliefs mediated patterns of prevention (fully) and hoarding (partially) in the latent Dark Triad (Dark Core) and collective narcissism. However, specific beliefs worked in opposite directions, resulting in a weak indirect effect for prevention and a null indirect effect for hoarding. The results point to the utility of health beliefs in predicting behaviors during the pandemic, explaining (at least in part) problematic behaviors associated with the dark personalities (i.e., Dark Triad, collective narcissism).

Now, while that might not sound like much it’s not the only study of its kind another study also found that people who were uninterested or annoyed by practices like social distancing and so forth to help lessen the number of cases we’re seeing were more likely to have traits of things like meanness and neuroticism. There really does seem to be a link between the dark triad in itself and being unwilling to conform during times like we’re facing now with COVID-19.

The conclusion for the second study noted above goes as follows:

In summary, early in the pandemic, prosocial traits likely facilitated SD and hygiene, and antagonistic traits likely detracted from adaptive behavior and promoted harm to people’s health. Distinctly antagonistic persons may have disregarded or acted contrary to public-health appeals for altruistic behavior.

The results do not mean that it is mostly irresponsible and inconsiderate people who spread viruses. The correlations were often small, and the traits’ scientific conceptualizations are not quotidian judgments about character. The results do not mean that people who contract a disease like COVID-19 have maladaptive traits. The findings do invite further research on personality in public health.

While most participants were complying, they were not happy about having to do-so. That having been said, those who did not want to or had no part in it were linked to more psychopathic personality traits, and that in itself is quite mind-blowing. All of this having been said, we cannot say for sure that everyone who doesn’t want to comply is a narcissist or has psychopathic traits so of course, more research in this area and others needs to be done.

What do you think about this? Do you think there is actually a link here or are those researching just reaching a bit far on this one? I honestly believe there is likely a link between this kind of thing and those with darker personality traits within reason.