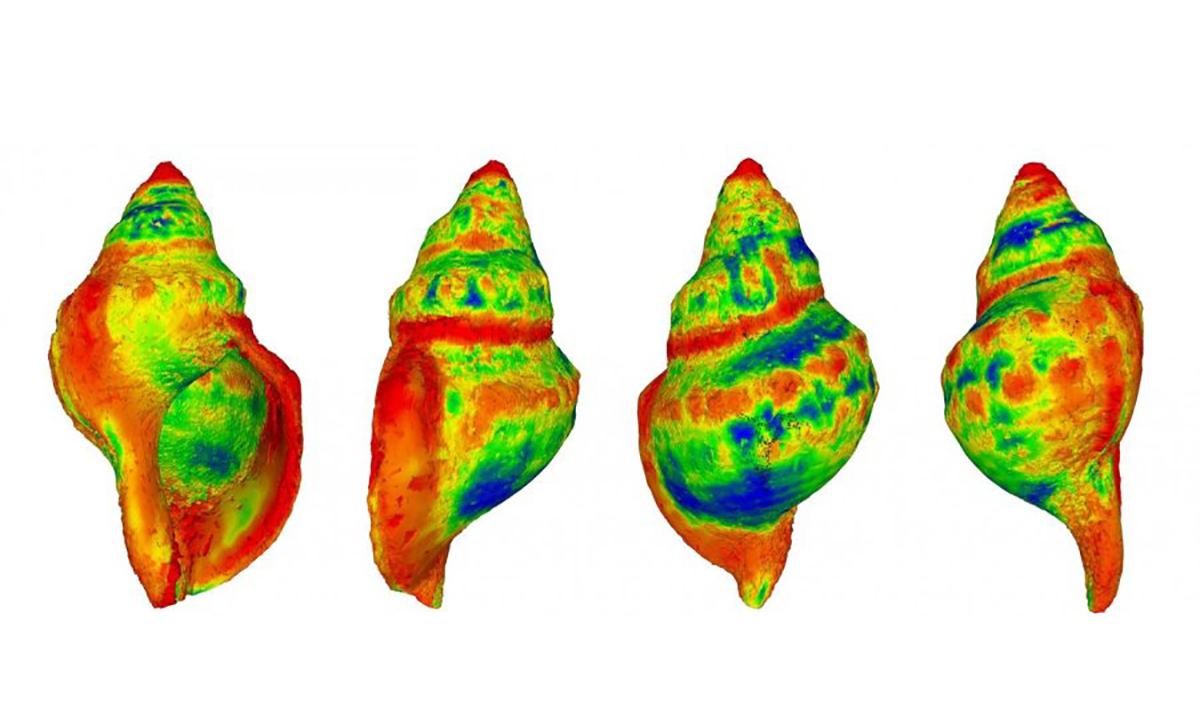 Study Finds that Sea Snails Will Dissolve Within Our Oceans, As They Become More Acidic

By Gerald Sinclair October 17, 2018 No Comments

As the ocean becomes more and more acidic, the way of life for all marine animals is changing. These little snails are in for much more than they might realize.

Shelled marine creatures, according to a recent study, might be in more danger than you’d think. Researchers from several different Universities in the UK and in Japan worked together to assess the impact of rising carbon dioxide levels on their shells and found that a negative impact would ensue. The thickness of their shells was going down and through this, the structure was weakening.

Ocean acidification is expected to negatively impact many calcifying marine organisms by impairing their ability to build their protective shells and skeletons, and by causing dissolution and erosion. Here we investigated the large predatory “triton shell” gastropod Charonia lampas in acidified conditions near CO2 seeps off Shikine-Jima (Japan) and compared them with individuals from an adjacent bay with seawater pH at present-day levels (outside the influence of the CO2 seep). By using computed tomography we show that acidification negatively impacts their thickness, density, and shell structure, causing visible deterioration to the shell surface. Periods of aragonite undersaturation caused the loss of the apex region and exposing body tissues. While gross calcification rates were likely reduced near CO2 seeps, the corrosive effects of acidification were far more pronounced around the oldest parts of the shell. As a result, the capacity of C. lampas to maintain their shells under ocean acidification may be strongly driven by abiotic dissolution and erosion, and not under biological control of the calcification process. Understanding the response of marine calcifying organisms and their ability to build and maintain their protective shells and skeletons will be important for our understanding of future marine ecosystems.

Basically, they are in danger and as these levels rise their shells will begin disappearing. Many fish or marine animals with shells might see this kind of change depending on which part of the ocean they are in. These effects are based on increased stress that comes from the pH levels in the water being too low.

“Ocean acidification is a clear threat to marine life, acting as a stressor for many marine animals. Here we found that the ability of the triton shells to produce and maintain their shells was hindered by ocean acidification, with the corrosive seawater making them smoother, thinner, and less dense. The extensive dissolution of their shells has profound consequences for calcified animals into the future as it is not something they can biologically control, suggesting that some calcified species might be unable to adapt to the acidified seawater if carbon dioxide emissions continue to rise unchecked.”

Using CT scanning devices these researchers were able to measure thickness and other things of the sort. They noted an average reduction of about 178mm and could be onto something. In the future, we assume based off most models that the Earth’s oceans will become quite acidic which means this study is very important.

Jason Hall-Spencer from the University of Plymouth noted as follows:

“Our study clearly shows that increasing carbon dioxide levels cause seawater to become corrosive to shellfish. As these calcified animals are a fundamental component of coastal marine communities, ocean acidification is expected to impact shellfish fisheries.”

What do you think about all of this? Perhaps we need to look more into these sea snails and how to save them. Things like this are quite horrifying.

(Image Via: Ben Harvey/University of Plymouth)