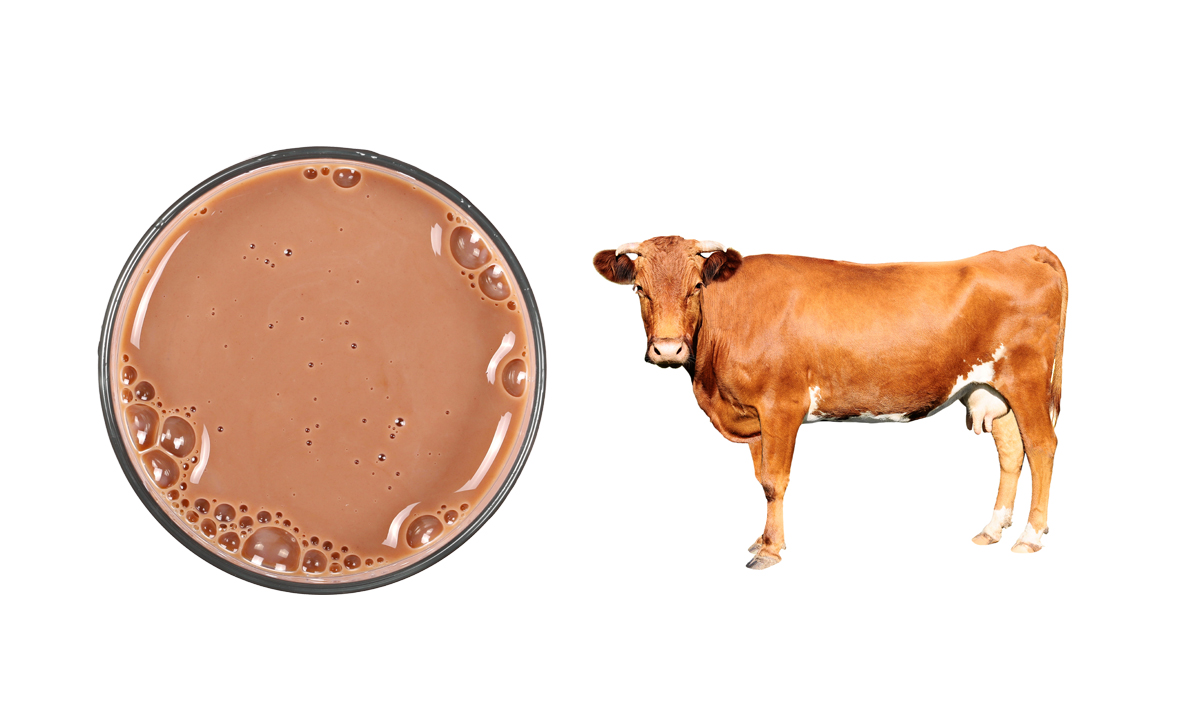 A recent study left me completely astounded and even a bit frightened. In the study, carried out by the Innovation Center for U.S. Dairy, it was discovered that a whopping 7% of Americans believe chocolate milk comes from brown cows.

In the study, the Innovation Center for U.S. dairy took a survey from more than 1000 adults 18 and up and ended up finding out the strange beliefs people held about the milk they were drinking. And while believing that chocolate milk comes from brown cows is pretty odd, that doesn’t even get close to some of the other strange information gathered by the study.

To put that 7%  into perspective, if you went to a gathering of 100 people, 7 of them would have a deep-seated belief that brown cows supplied the chocolate milk at the reception table. If you take that proportion and calculate the numbers, that is around 16.4 million Americans that hold this belief, excluding children.  If you are surprised by this, just imagine how surprised someone would be if they purchased a brown cow only to find the milk came out as basic white milk, when they were expecting luscious chocolate instead! Another 48% were completely unsure of where chocolate milk came from at all.

The study also found that 37% of people still drank milk straight out of the carton, while 29% purchase chocolate milk for their children to drink themselves. Another quarter of Americans have made a quick 6:00 a.m trip to the store just to purchase milk, while 95% of Americans had some form of cheese in their refrigerator.

To those of you reading this that are a part of the 7% that believe chocolate milk comes from brown cows, the Innovation Center had a message, “Some milk questions and myths may make us smile. But we realize we need accurate information to make the best voices for ourselves and our families about what we eat.”

And while it would be beyond cool for cows to be able to flavor their milk with chocolate, vanilla, or whatever other flavors of milk can be imagined, unfortunately, it is biologically impossible. The good news, though, is that you can flavor your milk, and they sell the syrups and powders at most local grocery stores.

And while this finding may surprise you- it has become increasingly normal for people to have a misunderstanding of where their food actually comes from and the processes that bring their food and drink to the table.

A study carried out by the USDA in the 1990s found that 1 out of 5 adults didn’t understand that hamburgers were made from beef. Others were entirely naive to the agricultural processes in general.

“Indifference about the origins and production of foods became a norm of urban culture, laying the groundwork for a modern food sensibility that would spread all across America in the decades that followed,” says writer and historian Ann Vileisis, “Within a relatively brief period the average distance from farm to kitchen had grown from a short walk down the garden path to a convoluted, 1,500-mile energy-guzzling journey by rail and truck.”

With citizens having little to do with the production and processing aspects of the food industry and most only looking at food from a consumer’s point of view, the odd beliefs start to seem a little less odd.

However, I truly hope that no one thinks sour cream comes from pissed-off cows. That one would just take the cake (so to speak) for me.