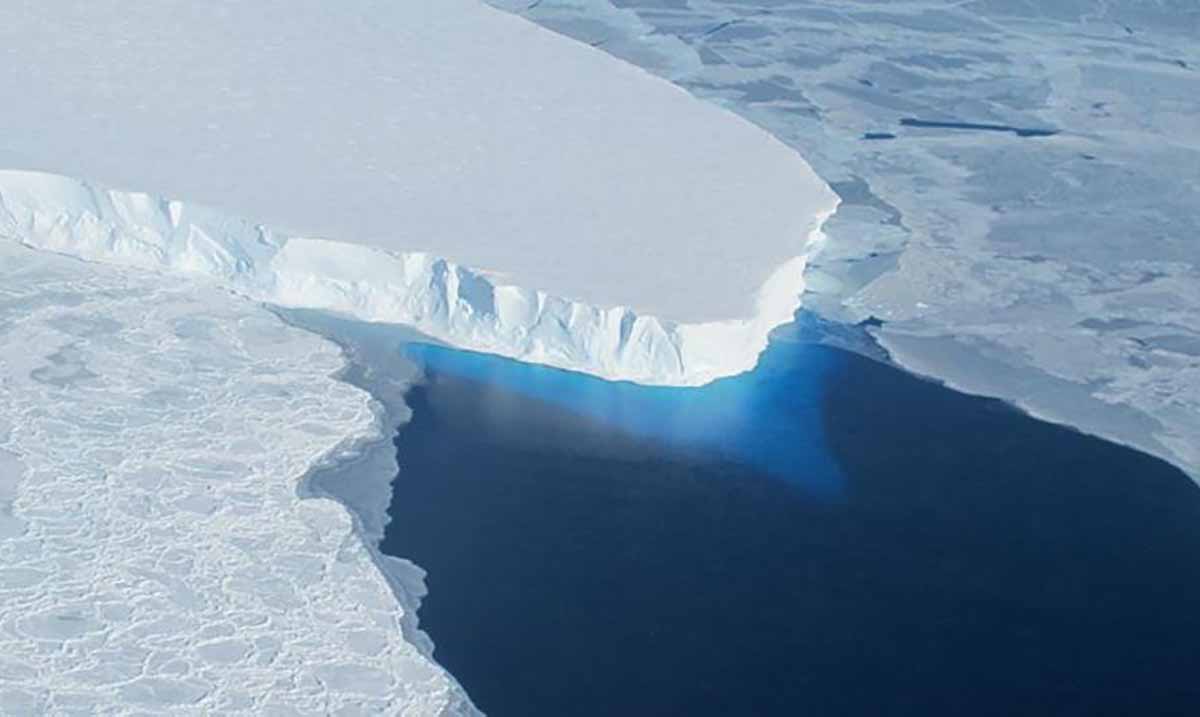 The Thwaites glacier, otherwise known as the ‘Doomsday Glacier,’ could be melting much faster than scientists previously thought, according to a study. To reach their conclusions, the researchers used a submersible known as ‘Ran’ to observe the underside of the glacier.

What they found was that the warmer waters flowing beneath the ice sheet were wearing away at the glacier much faster than previously thought. In turn, cracks and fissures were developing on the glacier. Unfortunately, once the glacier collapses, it could cause a massive rise in the global sea levels, which is where the ‘Doomsday’ glacier gets its name.

The Thwaites glacier is the widest on Earth, spanning 80 miles and running as deep as 2,600 to 3,900 feet. Not only is the ocean’s warming temperatures causing Thwaites to melt from below, but it is also causing it to become more unstable. Put simply, as the glacier begins to weaken, it becomes far more prone to surface fractures that can spread. If you think of a car window, it helps to put things into perspective.

Since 2000, Live Science reports that the Thwaites glacier has already lost 1,000 billion tons of ice, causing its annual ice loss to more than double in the last 30 years. If the entire glacier were to fall apart right now, it would cause the global sea level to rise by 2 feet, and Ted Scambos ITGC (International Thwaites Glacier Collaboration) lead coordinator says “And it could lead to even more sea-level rise, up to 10 feet [3 m] if it draws the surrounding glaciers with it.”

The Thwaites glacier isn’t just the doomsday glacier because of its size, it’s also because it works as a barrier between the ocean and the other glaciers. If it melts, it could cause an entire ripple effect that could bring down various ice masses throughout Antarctica.

The ITGC plans to continue to monitor the glacier and analyze changes moving forward, to keep the powers that be prepared for whatever move comes next.