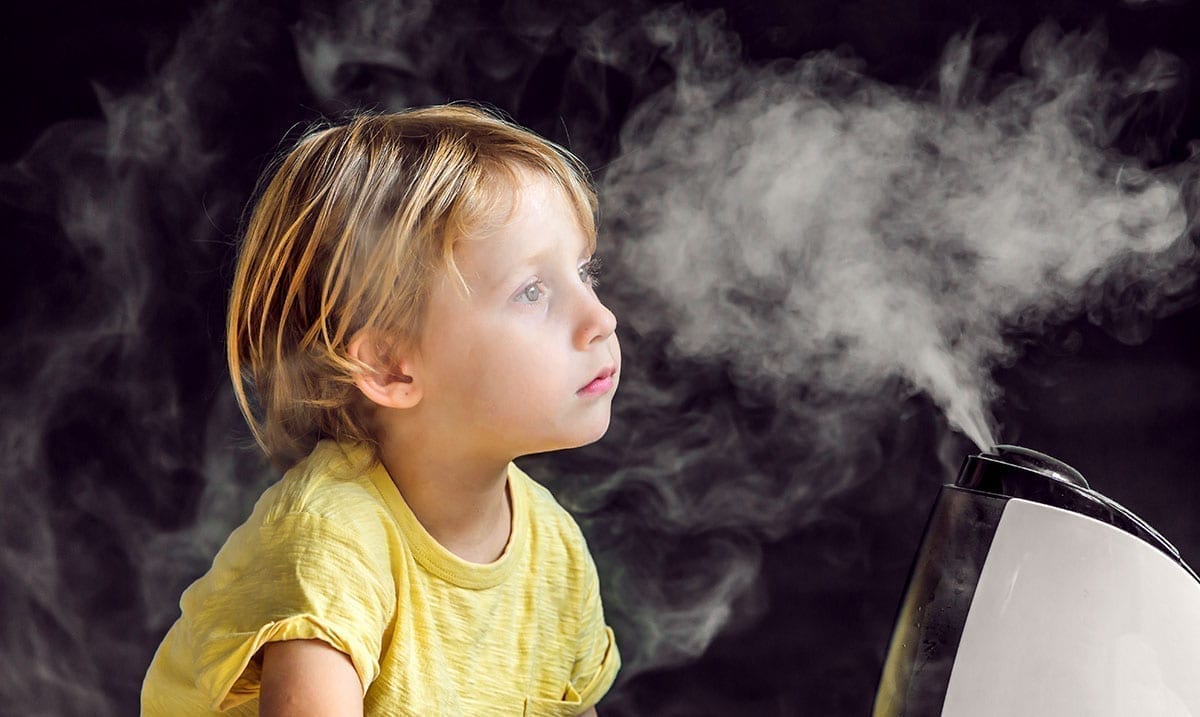 While we are facing a lot of worry regarding the coronavirus we should also be working to protect ourselves from the flu. The flu can be quite dangerous as well and does still take many lives each year.

After diving down a rabbit hole in regards to the flu I came across two specific studies that really got me thinking. While you might not have a humidifier going right now, perhaps you should consider getting one. These two studies note that lower humidity seems to be better for the flu spreading overall and that high humidity makes is seemingly less likely to become ill from the flu.

The older of these two studies was published in PLOS ONE and titled “High Humidity Leads to Loss of Infectious Influenza Virus from Simulated Coughs” and it basically looked at the role of humidity overall with regard to the aerosol transmission of influenza itself. For this study, researchers coughed nebulized influenza into an examination room and from there monitored how things progressed. Their results found that keeping rooms humid overall (the inside of your house) can significantly reduce the infectivity of aerosolized influenza itself.

Now, the other study coming from researchers at Yale University also seemed to find something quite similar through their research. This study being much more recent really stood out to be above all others I was looking at. It went over how cold temperatures and low humidity promote the transmission of the flu virus itself. Sure, we already knew this to an extent but it does take things a step further.

Basically through their research, these people were able to find that low humidity actually hindered the immune response of the animals they were testing on. This meaning they were at an increased risk in more ways than most would assume. While this study was not done with human test subjects it did find that low humidity prevented cilia which removes viral particles and mucus from airway cells.

Science Daily wrote as follows on the topic:

The researchers found that low humidity hindered the immune response of the animals in three ways. It prevented cilia, which are hair-like structures in airways cells, from removing viral particles and mucus. It also reduced the ability of airway cells to repair damage caused by the virus in the lungs. The third mechanism involved interferons, or signaling proteins released by virus-infected cells to alert neighboring cells to the viral threat. In the low-humidity environment, this innate immune defense system failed.

The study offers insight into why the flu is more prevalent when the air is dry. “It’s well known that where humidity drops, a spike in flu incidence and mortality occurs. If our findings in mice hold up in humans, our study provides a possible mechanism underlying this seasonal nature of flu disease,” said Iwasaki.

While the researchers emphasized that humidity is not the only factor in flu outbreaks, it is an important one that should be considered during the winter season. Increasing water vapor in the air with humidifiers at home, school, work, and even hospital environments is a potential strategy to reduce flu symptoms and speed recovery, they said.

As noted above this is not the only factor but it could be a sign that having a humid house might not be a bad thing. Whether you’re someone who always gets the flu or someone who has never had it before, it’s important to be aware of the things you can do to help protect yourself and the people who matter the most in your life.