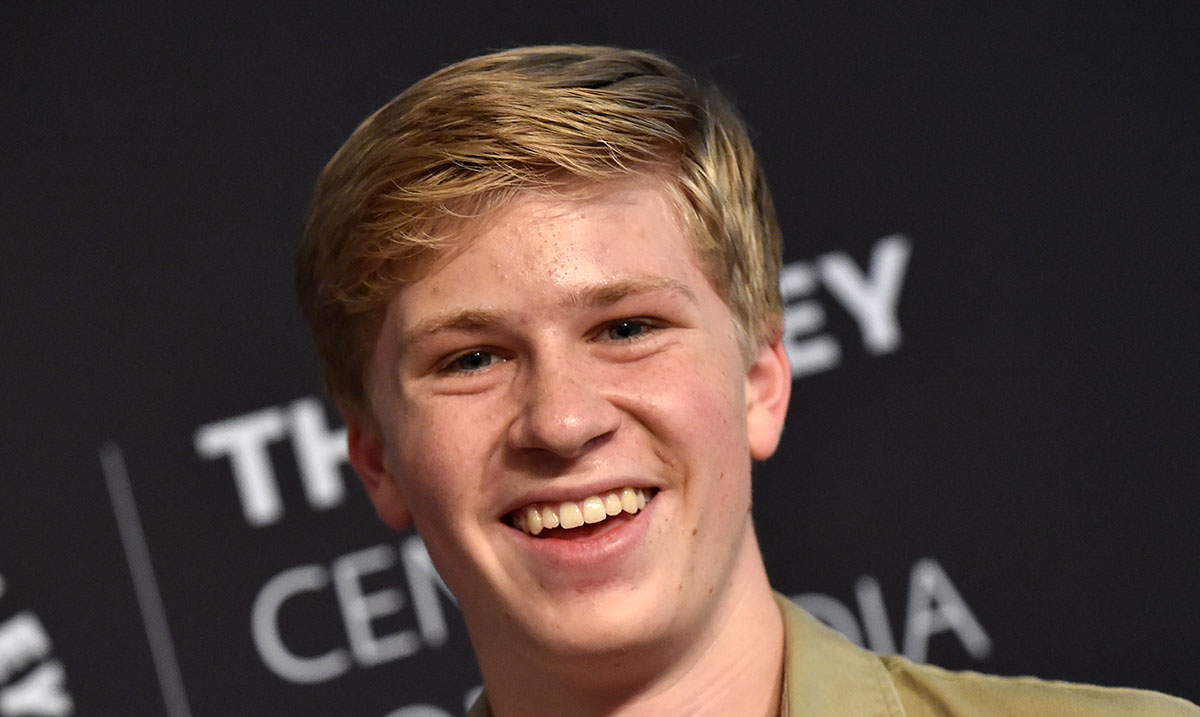 Steve Irwin is a name almost everyone knows and with good reason. He throughout the years worked in the world of wildlife conservation and helped make almost everyone love even the biggest scaled critters.

While Steve passed back in the early 2000s his legacy lives on through his wife and children who are also very rooted in the world of wildlife conservation. His son Robert Irwin who looks almost identical to his father is not only extremely smart but also talented as he has won many awards for his photography. Robert photographs animals and has brought forth some of the most amazing photographs of creatures most of us will never have the privilege of seeing.

Today’s one of the best days of the year.. #WorldLizardDay! 🦎

If you’ve seen his Instagram, you know exactly what I am referring to. There is no denying his skill as a nature photographer. He has photographed everything from Tigers to Sea Turtles and some of the images he has manage to catch are so up close and personal that it is slightly terrifying.

In his ‘About’ on Robert Irwin Photos as follows is written:

Robert Irwin is an award-winning nature photographer and wildlife warrior who travels the world in search of incredible images of wildlife and wild places that have inspired many.

From a very young age, Robert has been fascinated with the natural world. Alongside his family, he has taken part in conservation initiatives and filming projects to spread a message of conservation, and the Irwins are the owners of Australia Zoo. His photographs have been featured in photography galleries around Australia as well as news publications world-wide. He also has his own photography gallery and photography retail range at Australia Zoo. Furthermore, he has judged the National Geographic Kids Photo Contest and Crikey Magazine Photo Competition yearly and has been recognized in many photography competitions. These include being selected as Highly Commended in the Wildlife Photographer of The Year Awards, highly honored in Nature’s Best Windland Smith Rice International Photography of Year competition 2018 and 2019, the junior runner up in the Australian Geographic Nature Photographer of Year competition 2016 and a finalist in 2017, 2018, and 2019, won the Wondai Regional Art Gallery Peoples Choice Award and a winner in the Glass House Mountains Rotary Calendar Photographic Competition 2017.

Robert is also the leading photography contributor to the Australia Zoo Crikey magazine. He has also embarked upon many photography expeditions around the globe from the Savannah of Africa to the mountains of New Zealand, the wilderness of Europe and everywhere in between.

Robert uses his passion for photography to contribute to wildlife conservation. He has raised tens of thousands of dollars for the Irwin’s non-profit organization Wildlife Warriors by auctioning canvas prints at events around the world. He has also met with world leaders such as his royal highness Prince Charles to Discuss the protection of natural habitat.

Below you will see a few of my favorites that Robert has managed to capture but all of his work is truly mind-blowing. If you like these then please feel free to check out the video at the end of this article from the YouTube Channel Lovely Pets who took the time to compile 90 of his photographs together to really showcase how amazing his skills are. Which image is your favorite?

The #GreatBarrierReef is a beautiful, thriving ecosystem. With so much sad news surrounding the destruction of this Iconic Australian landmark, we’ve got to focus on the fact that there is still hope! Yes, coral bleaching and many other human-caused pressures have taken their toll, but if we can act now to preserve the reef and other vital habitats like it, we’ll still have gorgeous natural wonders like this on our planet. #LadyElliotIsland

Found this shot back in the archives just in time for #WorldLionDay!! A big male like this guy is by far one of the most awe-inspiring animals on the planet!

A bit of tiger love to brighten up your day! ☀️