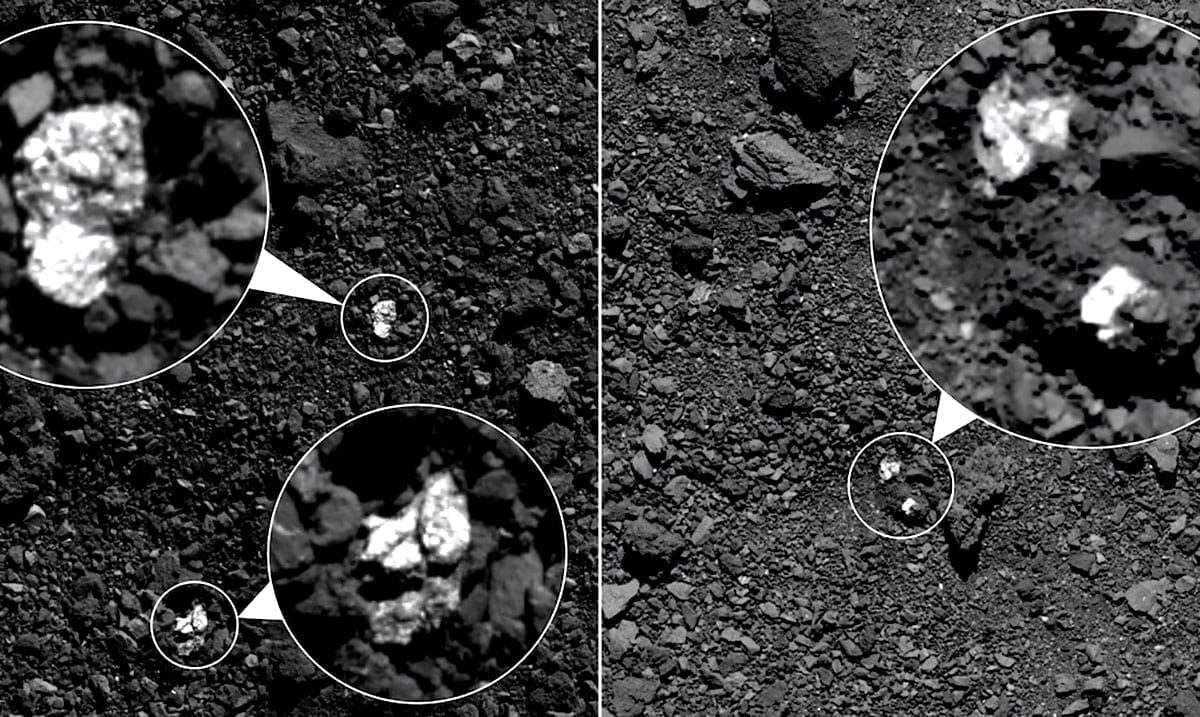 By Gerald SinclairOctober 23, 2020No Comments

Just days ago the samples NASA has spent so much time working to get have been collected. Touching down on asteroid Bennu was no easy feat and took two whole years but now, the samples we’re waiting for are heading back to Earth.

Things like this really show just how amazing science is getting as time passes and things of that sort. Technology is advancing and as time moves forth, so much is happening all over the world and in space. Just a few years ago, I would have never thought something like this would have been possible.

NASA wrote as follows on this event:

This well-preserved, ancient asteroid, known as Bennu, is currently more than 200 million miles (321 million kilometers) from Earth. Bennu offers scientists a window into the early solar system as it was first taking shape billions of years ago and flinging ingredients that could have helped seed life on Earth. If Tuesday’s sample collection event, known as “Touch-And-Go” (TAG), provided enough of a sample, mission teams will command the spacecraft to begin stowing the precious primordial cargo to begin its journey back to Earth in March 2021. Otherwise, they will prepare for another attempt in January.

“This amazing first for NASA demonstrates how an incredible team from across the country came together and persevered through incredible challenges to expand the boundaries of knowledge,” said NASA Administrator Jim Bridenstine. “Our industry, academic, and international partners have made it possible to hold a piece of the most ancient solar system in our hands.”

At 1:50 p.m. EDT, OSIRIS-REx fired its thrusters to nudge itself out of orbit around Bennu. It extended the shoulder, then elbow, then wrist of its 11-foot (3.35-meter) sampling arm, known as the Touch-And-Go Sample Acquisition Mechanism (TAGSAM), and transited across Bennu while descending about a half-mile (805 meters) toward the surface. After a four-hour descent, at an altitude of approximately 410 feet (125 meters), the spacecraft executed the “Checkpoint” burn, the first of two maneuvers to allow it to precisely target the sample collection site, known as “Nightingale.”

Ten minutes later, the spacecraft fired its thrusters for the second “Matchpoint” burn to slow its descent and match the asteroid’s rotation at the time of contact. It then continued a treacherous, 11-minute coast past a boulder the size of a two-story building, nicknamed “Mount Doom,” to touch down in a clear spot in a crater on Bennu’s northern hemisphere. The size of a small parking lot, the site Nightingale site is one of the few relatively clear spots on this unexpectedly boulder-covered space rock.

“This was an incredible feat – and today we’ve advanced both science and engineering and our prospects for future missions to study these mysterious ancient storytellers of the solar system,” said Thomas Zurbuchen, associate administrator for NASA’s Science Mission Directorate at the agency’s headquarters in Washington. “A piece of primordial rock that has witnessed our solar system’s entire history may now be ready to come home for generations of scientific discovery, and we can’t wait to see what comes next.”

“After over a decade of planning, the team is overjoyed at the success of today’s sampling attempt,” said Dante Lauretta, OSIRIS-REx principal investigator at the University of Arizona in Tucson. “Even though we have some work ahead of us to determine the outcome of the event – the successful contact, the TAGSAM gas firing, and back-away from Bennu are major accomplishments for the team. I look forward to analyzing the data to determine the mass of sample collected.”

All spacecraft telemetry data indicates the TAG event executed as expected. However, it will take about a week for the OSIRIS-REx team to confirm how much sample the spacecraft collected.

This mind-blowing event was also captured somehow and the footage was posted to NASA’s YouTube channel. While the event was streamed live, the CG animation of the touchdown itself is quite fascinating no matter how many times you watch it. With the SamCam imager taking photos ever 1.25 seconds, this is quite the video even if it’s short. I know, 9 seconds might not seem like much but that for these researchers was their only shot at getting this sample and setting off back to our planet.

To see this in action take a look at the video below. This in itself is a huge feat and it’s magnificent to think about considering how far we’ve come as time has continued to pass. Who knows what this sample will reveal once it finally makes its way back here to planet Earth in the coming years.