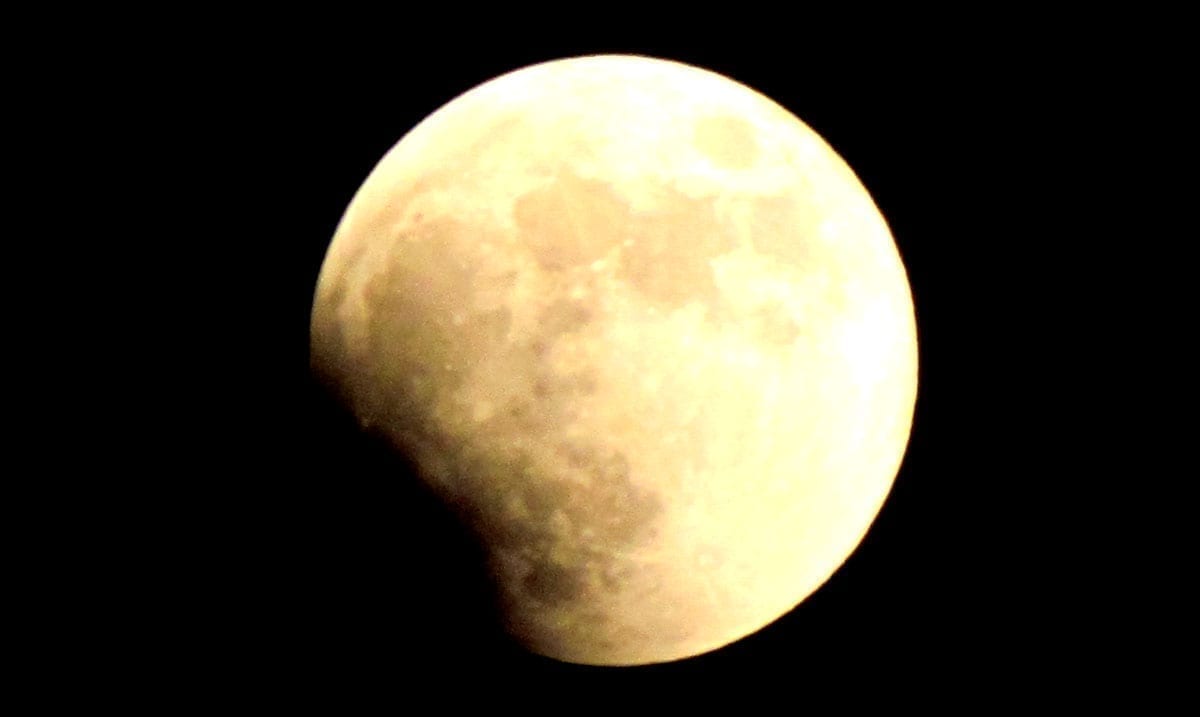 Soon The Full Moon Will Be Passing Through Earths Shadow

As we continue to move through November we’re getting closer and closer to the night of the full moon. This full moon is going to be especially interesting as it will also be a penumbral lunar eclipse.

For those who do not know, a penumbral lunar eclipse is something that happens from time to time. Basically, during this kind of celestial event, the moon itself passes our planet’s shadow. During this, the moon looks a bit faded.

Earth Sky wrote as follows explaining what a penumbral lunar eclipse is:

In a penumbral lunar eclipse, only the more diffuse outer shadow of Earth – the penumbra – falls on the moon’s face. This third kind of lunar eclipse is much more subtle, and much more difficult to observe, than either a total or partial eclipse of the moon. There is never a dark bite taken out of the moon, as in a partial eclipse. The eclipse never progresses to reach the dramatic minutes of totality. At best, at mid-eclipse, very observant people will notice a dark shading on the moon’s face. Others will look and notice nothing at all.

According to Time and Date, you have to look to the sky around 3 or 4 am to really see this interesting even in EST time. While it might not sound like much, it’s quite an interesting event. The moon itself will always be a sight to see but when celestial events like this come about during the full moon, it is all the more special.

Live Science wrote as follows covering the up and coming moon/eclipse duo:

Unless you’re a seasoned skywatcher, it may be challenging to see November’s penumbral eclipse, which will be visible in North America (as long as there aren’t cloudy skies), because the penumbral shadow will appear as a dim veil. “The dimming of the moon during this eclipse will probably not be noticeable without instrumentation, but for spacecraft at the moon such as the Lunar Reconnaissance Orbiter (LRO), the reduction in solar power will be noticeable,” NASA wrote in a statement.

November’s full moon, known to many as the beaver moon, comes late in the month this year because October had two full moons; the second moon, a blue moon, was the first time in 76 years that a full moon was visible across the U.S. on Halloween. Other names for November’s full moon include the cold moon, frost moon, winter moon, oak moon, moon before Yule and child moon. The full moon will also be celebrated during Kartik Purnima (a Hindu, Sikh and Jain cultural festival, celebrated differently by each culture), Karthika Deepam (a festival of lights observed by some Hindus), Tazaungdaing Festival Moon (observed by Bhudists in Myanmar, formerly Burma), and Ill Poya (celebrated in Sri Lanka), NASA reported.

Will you be taking the time to watch this or is it something you’re going to be skipping? I for one already have my telescope out and ready. Things like this really warm my soul.