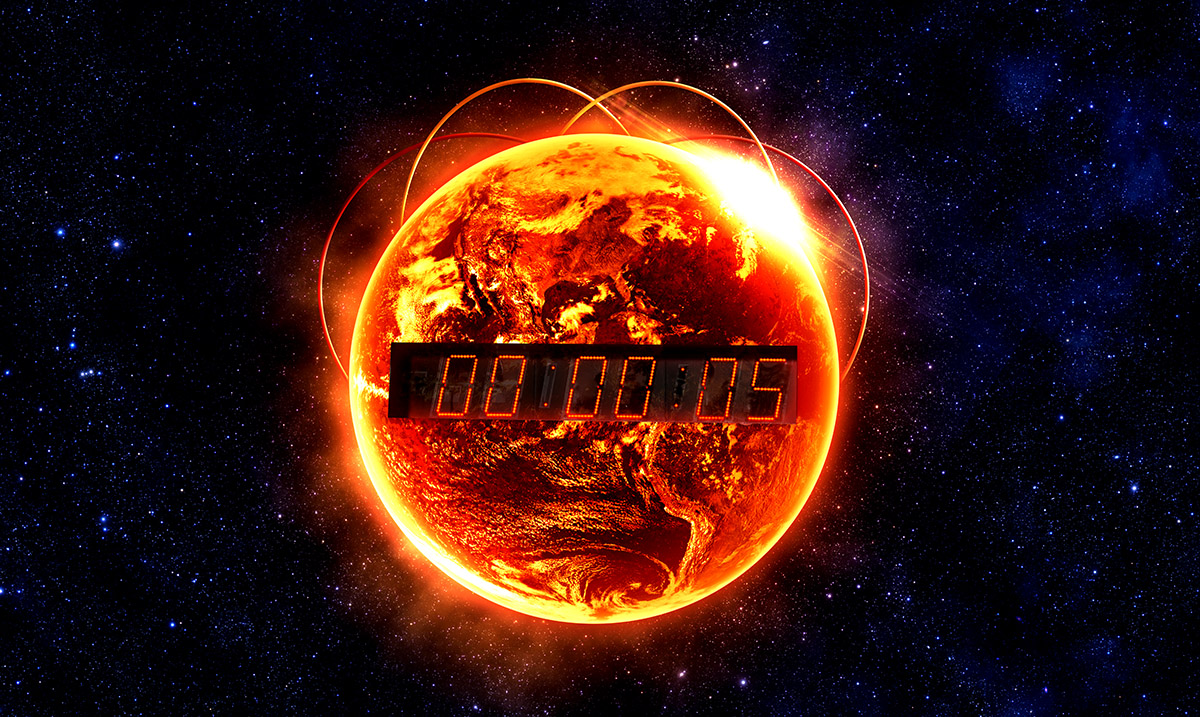 Some Scientists Think Time Is Slowing Down – And Will Eventually Stop

The idea of time itself stopping seems like something straight out of a science fiction film, right? Well, what if it were actually somewhat possible and depending on how you look at it quite likely?

According to Big Think, back in 2018 a team of scientists looked at the concept that time might be slowing down and found some pretty interesting things in the process. You see, while the universe is forever expanding we also assume that in that it is also speeding up. That being said, this brings us to the question that instead of speeding up, what if it’s actually slowing down?

Professor Jose Senovilla and several colleagues took the time to search for answers to this question and it seems they think that time is actually slowing down to the point that it could eventually come to a complete halt. It is also interesting to note that this theory rules out dark energy as ever having existed at all.

Their findings were published in Physical Review D and gone over on several science sites breaking things down as a complex version of the string theory. While still speculative and not set in stone the conclusions this theory brings forth are not quite as positive as we might want for them to be. While more would need to be evaluated overall, the theory itself is quite in-depth and mind-blowing when taken in properly.

Futurism.com wrote as follows on the topic:

This hypothesis is but one means of explaining dark energy — the mysterious “anti-gravitational” force that’s responsible for causing the accelerating expansion of the universe and driving the galaxies away from each other at an ever-increasing speed. Many have tried and failed, to come up with a reasonable origin for such a force, but one of the more interesting ideas (a very controversial one, I might add) puts forth a very interesting question: “what if we’re looking at it backward? ” What if the universe itself isn’t expanding an at an ever-increasing speed, but time is actually slowing down, where it will eventually cease to exist entirely?

This theory suggests that the fourth dimension of the universe (time) is slowly degrading into a new spatial dimension. If this were the case, the distant stars we perceive as moving away from us at an ever-increasing speed are merely giving off that impression that they are accelerating.

“Our calculations show that we would think that the expansion of the universe is accelerating,” says Prof Senovilla. “The theory bases its idea on one particular variant of superstring theory, in which our universe is confined to the surface of a membrane, or brane, floating in a higher-dimensional space, known as the “bulk”. In billions of years, time would cease to be time altogether.” “Then everything will be frozen, like a snapshot of one instant, forever,” Senovilla told New Scientist magazine. “Our planet will be long gone by then.”

Interestingly enough, the idea isn’t entirely hogwash. According to the most accepted model of cosmology that aims to explain the inception of our universe, time itself (along with the other dimensions that comprise the entirety of space/time and all four dimensions) came into being during the big bang. Therefore, it can also disappear — which is just the reverse effect. No need to worry about it happening anytime soon though. In the event that there actually is something to this hypothesis, there is still quite a bit of time left (about five billion years) before the clock strikes midnight for the final time – leaving everything in the universe, including you and I, frozen in the vastness of space forever.

That all having been said, it doesn’t necessarily mean everything would end up frozen in time forever. It could hold another dimension entirely where lost time is going. Some physicists believe this could be exactly what we’re facing but as noted above we are still not quite concrete in any of this. Perhaps as time passes we will become more and more aware of the truth and able to figure things out. What do you think? Could this kind of thing actually be happening and if so, how does it make you feel?