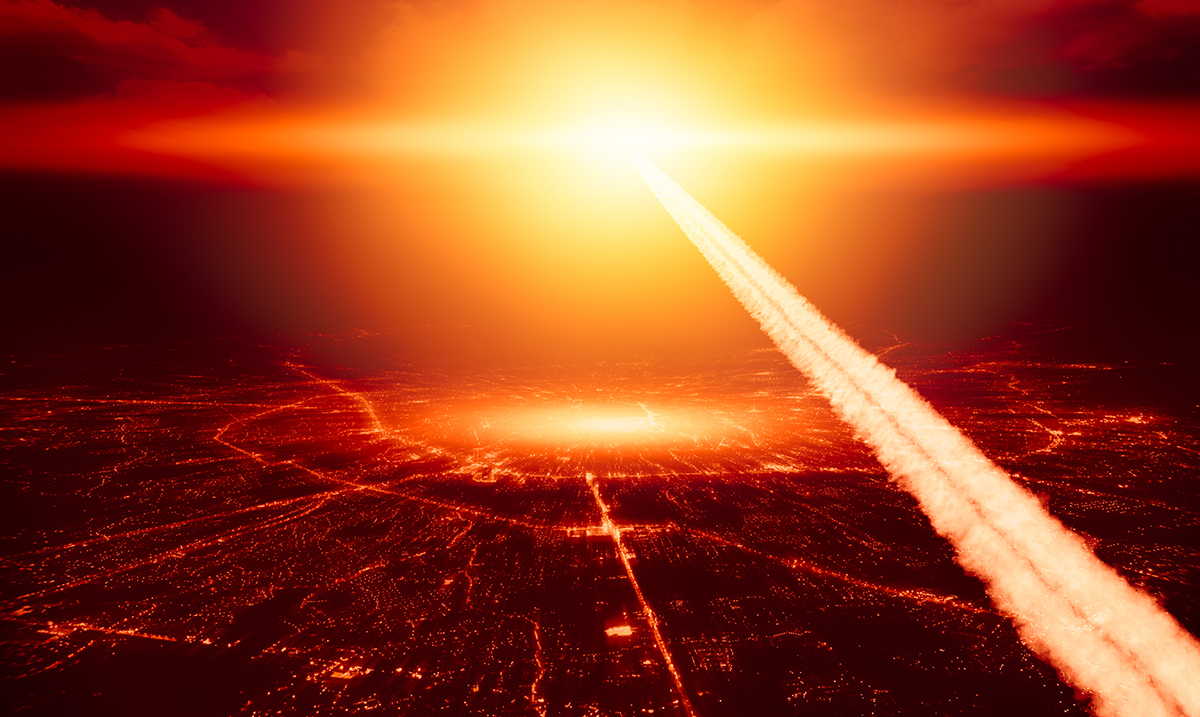 Some Scientists Believe Humanity Could Prevent Asteroid Apocalypse With Nukes

In a recent study, scientists from the University of California set out to explore that very topic. To do so, they took a recent Netflix movie that is titled “Don’t Look Up,” to a whole new and more reality-based level to examine what we would do in a similar scenario.

For those of you who haven’t watched the film, it is a story about two astronomers who discover a planet-killing comet that is set for impact in a year. When they go to the powers that be, no one takes them seriously, and when they do, they royally mess the entire situation up, pushing them even closer to their fate.

Lead author and professor of physics at UC Santa Barbara, Philip Lubin explained to the Sun, “Our reason for writing the paper was to ask: ‘Could one prevent a catastrophe of this nature,” and continuing, “It’s a serious attempt to look at whether humanity has reached a point where we could prevent what happened to the dinosaurs 65 million years ago.”

Their paper was published just a few weeks ago and includes their analysis of what would manifest if a collision was on course for planet Earth.

While a 7-mile wide asteroid may not sound like much, such a collision would almost certainly destroy the planet, killing almost all the life on it.

Currently, NASA’s backup plan is similar to the DART mission, which tracks the trajectory of a near-Earth object (NEO) and then interferes by using spacecraft to deflect it.

Unfortunately, according to Lubin, if we only had months, we wouldn’t be able to stop it using diverting techniques.

“What we point out is that we easily possess enough nuclear devices to take apart a large object like the one in ‘Don’t Look Up’,” he explained to the Sun.

“Our nuclear arsenals are designed to essentially threaten other nations – but those same devices could be used to protect us.”

In the paper, Lubin and his co-authors suggest taking apart an object with javelin-like “penetrators” that would be loaded with nuclear warheads. This device could be launched using NASA’s Space Launch System (SLS).

Once the object was detonated, it would be much smaller than before. However, the radioactive debris would fall onto Earth, due to gravity.

Lubin explains that while this may not sound optimal, it’s much better than the alternative.

“In the case of a 10km (6.22 miles) asteroid, you’re talking about an existential threat that’s going to kill billions of people,” he explained.

In the past, a 12 km asteroid wiped out the dinosaurs, as well as 80% of all life on planet Earth.

And since asteroids and other NEOs have impacted our planet before, Lubin asserts that it only makes sense for us to prepare for others. “It’s the nature of our natural world that we get hit by comets and asteroids because there are many around,” he said.