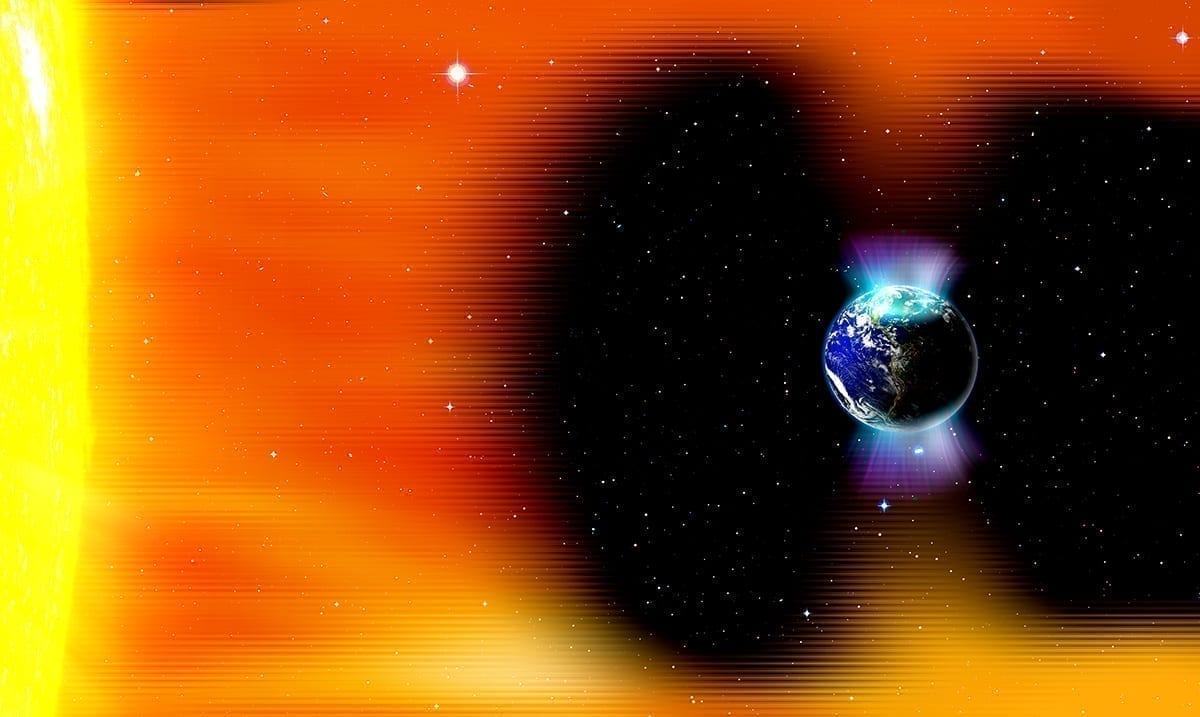 Solar Wind Seems To Be Drawn To Earth’s North Pole

By Gerald Sinclair January 21, 2021 No Comments

We know that the North Pole is interesting and that there is a lot to learn about it but there could be more to learn about it than most would expect. Apparently, solar wind is drawn to it and while we are seemingly sure of this, we have little to no clue why.

Universe Today actually wrote on this topic recently, and it got me thinking big time. You see, according to Universe Today solar wind, in general, is more attracted to the North Pole than it is the South even though they are both magnetic poles as a whole. This is quite odd and well worth being aware of if you like science and things of that sort.

Universe Today wrote as follows going over a study that broke the topic down a bit:

Likely the most well-known result of the Earth’s magnetic field are the Aurora Borealis and Australis (Northern and Southern Lights). When chargers particles from the solar wind run into the Earth’s magnetic field, they can occasionally elicit spectacular light displays. For years now, scientists have thought that the charged particles that cause those displays were sent in equal numbers toward the north and south pole. However, recent research from a team led by scientists from the University of Alberta, have shown that there are actually more charged particles heading north rather than south. The question now is why?

The data the scientists used was collected by the Swarm satellite constellation – a set of 3 satellites that have been observing the Earth’s magnetic field since 2013. One thing it noticed in that time is that the Earth’s magnetic south pole is “further away from the Earth’s spin axis than the magnetic north pole” says Ivan Pakhotin, the paper’s lead author. This leads to differences in reflection of a type of electromagnetic waves known as Alfvén waves, which eventually causes differences in how the North and South poles interact with the solar wind.

This measured asymmetry could mean any number of things. For one, the chemistry taking place in the upper atmosphere could vary dramatically between the North and South poles, which could have significant climate impacts down on the ground. But also, it could mean a discrepancy between the two Auroras.

This in itself suggests that space weather overall could actually be worse in the North than it would be elsewhere. Sure, more research needs to be done and we don’t quite understand all of this right now but perhaps in time, we will.

The Express also weighed in on this interesting body of research and wrote as follows:

Experts had assumed the particles hit both the North and South Pole evenly, but new research suggests otherwise.

Researchers from the University of Alberta, Canada, used data from ESA’s Swarm mission to discover space weather unusually, but clearly, prefers to go to the north of our planet.

The discovery is a bit of a mystery, but it may be to do with the axis of Earth, the researchers stated in the journal Nature Communications.

Study lead author Ivan Pakhotin said: “Because the south magnetic pole is further away from Earth’s spin axis than the north magnetic pole, an asymmetry is imposed on how much energy makes its way down towards Earth in the north and south.”

“There seems to be a differential reflection of electromagnetic plasma waves, known as Alfven waves.”

“We are not yet sure what the effects of this asymmetry might be, but it could also indicate a possible asymmetry in space weather and perhaps also between the Aurora Australis in the south and the Aurora Borealis in the north.”

What do you think about all of this? Why do you think this is happening? These findings are making some very monumental suggestions when you really break them down and maybe someday we will understand them on a deeper level. To learn more on this topic take a look at the video below.