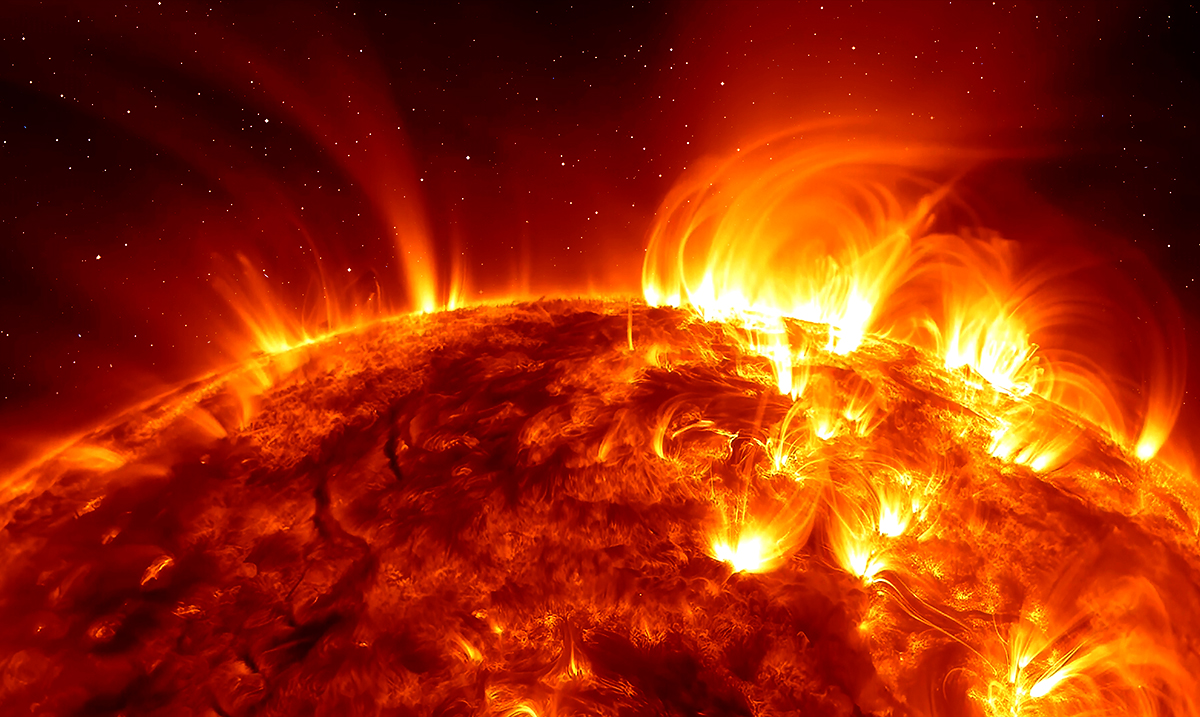 Solar Storms Will Knock Out Our Global Internet And Electrical Systems, Scientists Explain

While we don’t often think about what happens on the surface of the sun as a threat to our planet, the fact of the matter is, that it could be. Regularly, solar storms take place on the Sun, causing radioactive material to hurtle towards our planet. If a large enough storm was to happen- it could have big implications for us on Earth.

During a solar storm, eruptions known as coronal mass ejections take place. While not all of these head in the direction of Earth, the ones that do come into contact with our electromagnetic field.

When the radioactive particles that are emitted from a coronal mass ejection interact with our magnetic field, they can cause satellite disruptions, and electrical power grid malfunctions and are responsible for the Northern and Southern lights.

Typically, the effects are mild, however, scientists have recently started warning us of what would happen when they aren’t.

David Wallace is an electrical engineer who works at the University of Mississippi. In an article he wrote for the Conversation, he brought up a very good point about the Carrington Event.

The Carrington Event was a massive geomagnetic storm that took place in September of 1859. During the Carrington Event, telegraph systems around the world failed ‘catastrophically’ and some telegraph operators reported electrical shocks and even fires.

According to Wallace, “With the ever-growing dependency on electricity and emerging technology, any disruption could lead to trillions of dollars of monetary loss and risk to a life dependent on the systems. The storm would affect a majority of the electrical systems that people use every day.”

He goes on to explain that the currents induced by such an event would flow into the power grid, causing large-scale power outages.

Even as recently as 1989, he notes that a solar storm caused the Hydro-Quebec electrical grid to collapse, leaving 5 million people without power.

Additionally, internet services would go down, and satellites that currently are floating in orbit could come tumbling down to the ground.

Just recently, there were a few satellites that did just this, as a result of a MILD solar storm.

Wallace is not alone in his warning. Last year, at the Sigcomm 2021 event, researcher Sangeetha Abdu Jyothi, who is a professor at the University of California, Irvine, presented a paper that he wrote.

According to Jyothi, “Our infrastructure is not prepared for a large-scale event.”

Part of the reason we are so unprepared is that these events are so rare. And since the last major event was in 1989, it’s easy to see that much has changed since then.

Now, the entire world is reliant on the internet. And if a massive solar storm were to knock out the power and internet, it could cost billions of dollars per day.

Jyothi explains in her paper that long undersea internet cables make up the global internet. Spaced at 30-90 miles, these repeaters are considered vulnerable to geomagnetic storm events. And if one single repeater went down, the entire system of cables would be rendered useless.

“The economic impact of an Internet disruption for a day in the US is estimated to be over $7 billion,” she writes. “What if the network remains non-functional for days or even months?”

Additionally, she explains that without proper preparation, we would have just 13 hours to prepare for it to arrive. And that is scary to consider when you begin to realize that we are not properly prepared as it stands.