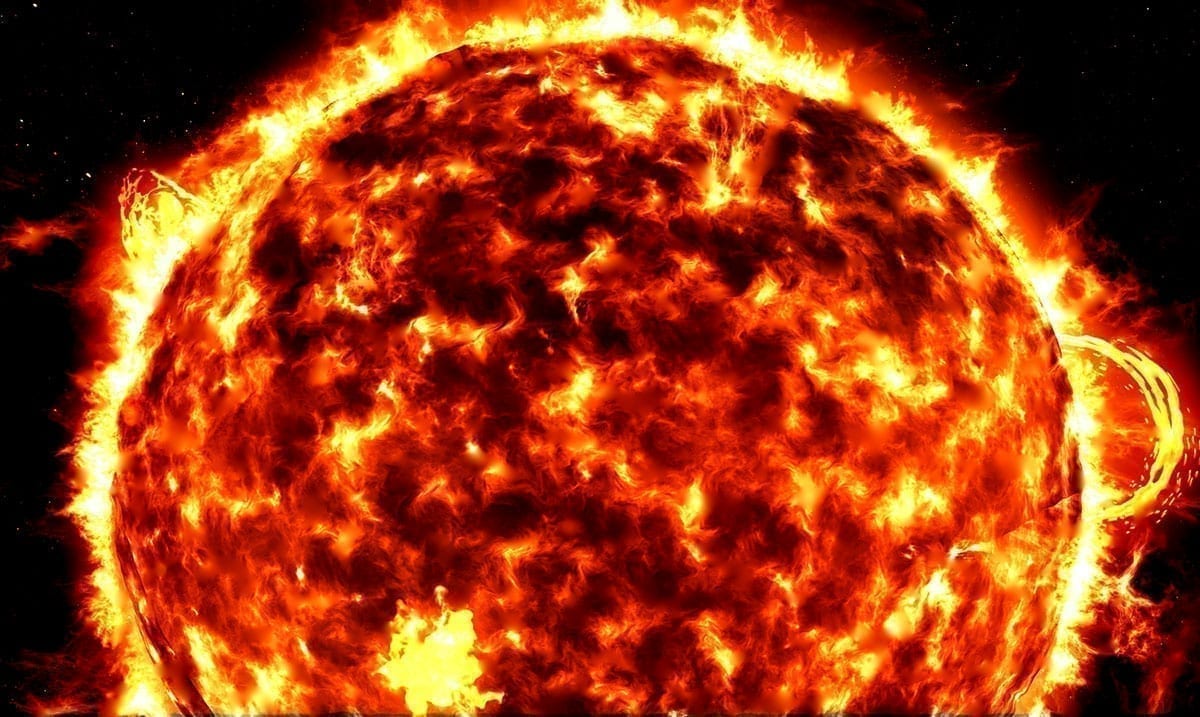 Solar Flareup Might Be Headed Right For Earths Magnetic Field

By Gerald SinclairAugust 21, 2020No Comments

The sun is always doing something and while not everyone realizes this, flares and things of that nature do happen. Actually, when something happens on the sun, it can affect us here on Earth in some ways.

While most of the time things overall happening on the sun hold no serious effects over us but when bigger Coronal Mass Ejections and things like that happen magnetic storms here on Earth can end up occuring. For those who do not know Coronal Mass Ejections or CMEs are “large expulsions of plasma and magnetic field from the Sun’s corona. They can eject billions of tons of coronal material and carry an embedded magnetic field (frozen in flux) that is stronger than the background solar wind interplanetary magnetic field (IMF) strength.”

NOAA wrote as follows breaking down what CMEs are:

The more explosive CMEs generally begin when highly twisted magnetic field structures (flux ropes) contained in the Sun’s lower corona become too stressed and realign into a less tense configuration – a process called magnetic reconnection. This can result in the sudden release of electromagnetic energy in the form of a solar flare; which typically accompanies the explosive acceleration of plasma away from the Sun – the CME. These types of CMEs usually take place from areas of the Sun with localized fields of strong and stressed magnetic flux; such as active regions associated with sunspot groups. CMEs can also occur from locations where relatively cool and denser plasma is trapped and suspended by magnetic flux extending up to the inner corona – filaments, and prominences. When these flux ropes reconfigure, the denser filament or prominence can collapse back to the solar surface and be quietly reabsorbed, or a CME may result. CMEs traveling faster than the background solar wind speed can generate a shock wave. These shock waves can accelerate charged particles ahead of them – causing increased radiation storm potential or intensity.

Important CME parameters used in analysis are size, speed, and direction. These properties are inferred from orbital satellites’ coronagraph imagery by SWPC forecasters to determine any Earth-impact likelihood. The NASA Solar and Heliospheric Observatory (SOHO) carries a coronagraph – known as the Large Angle and Spectrometric Coronagraph (LASCO). This instrument has two ranges for optical imaging of the Sun’s corona: C2 (covers distance range of 1.5 to 6 solar radii) and C3 (range of 3 to 32 solar radii). The LASCO instrument is currently the primary means used by forecasters to analyze and categorize CMEs; however, another coronagraph is on the NASA STEREO-A spacecraft as an additional source.

According to Inverse NOAA using its prediction models actually was able to note that there was a CME coming our way, though it’s not exactly on path for us, it is somewhat on path for our planet’s magnetic field. As of today, the 20th of August this CME will possibly end up creating minor geomagnetic storms, and depending on how that plays out auroras may end up being quite visible. I know, that might not sound like much but it is interesting to be aware of. It seems like there is always something fascinating going on in space.

Inverse wrote as follows on this specific storm breaking down how minor it actually is:

The coronal mass ejection in question resulted from a B1-class solar flare, which is rather weak relative to explosive flares. That’s also why it is taking several days for the ejection to reach Earth’s direction — it could take less than a day for a very powerful solar flare to reach us.

As a result, NOAA predicts that the resulting geomagnetic storm will be at a category G1 or a minor storm. Minor geomagnetic storms may have very faint effects on power grids and satellite operations, or they may have no effect at all.

Ultimately, these storms have no real effect on us on Earth, nor will they cause a disruption of Earth’s magnetic field.

Instead, observing solar flare-ups and the shock waves they create in the Sun’s atmosphere teaches us more about our elusive star and its lifecycle, which scientists are still curious about.

No, this magnetic storm won’t influence or affect us but magnetic storms overall are something not everyone is even aware of. They are for those wondering a magnetic storm is ‘a disturbance of the magnetic field of the Earth’ (or any other celestial body depending on where you’re discussing them in regard). During this kind of thing be it hours or days depending on how things last “The Sun sometimes emits a strong surge of solar wind called a coronal mass ejection. This gust of solar wind disturbs the outer part of the Earth’s magnetic field, which undergoes a complex oscillation. This generates associated electric currents in the near-Earth space environment, which in turn generates additional magnetic-field variations — all of which constitute a “magnetic storm.”