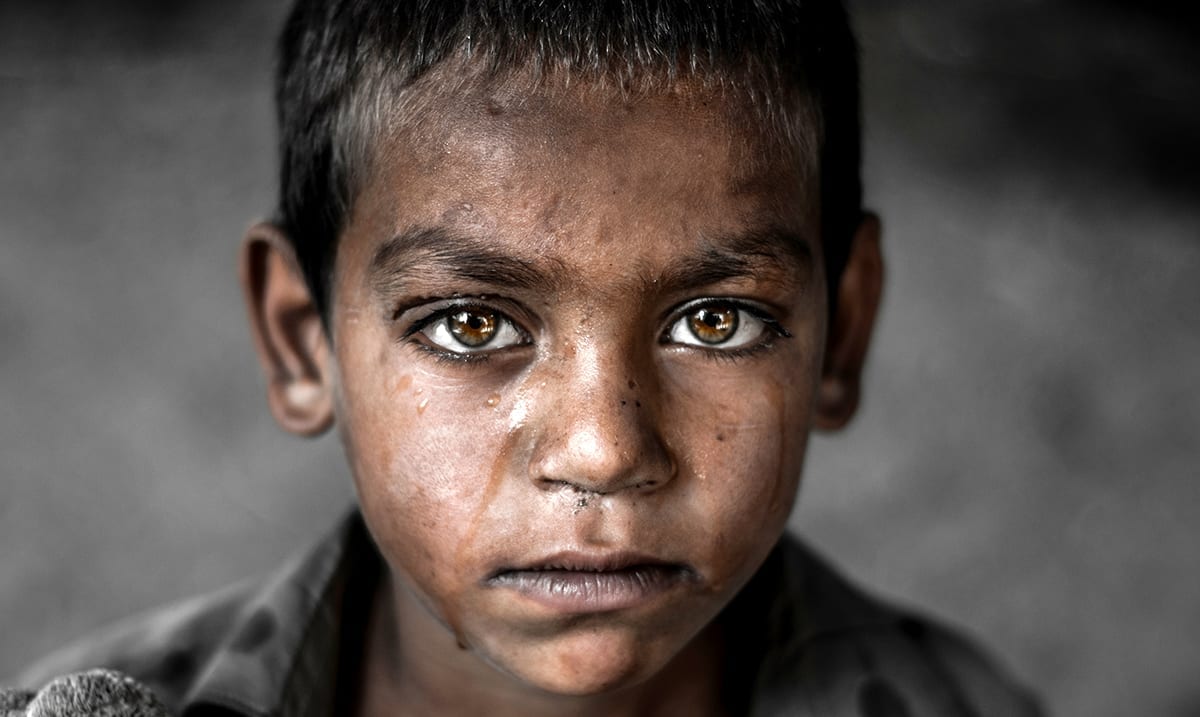 Society Is Trying To Fight Homelessness With Inhumanity

There are tons of homeless people all across the world and the way most treat them is disgusting, to say the least. Homeless people are still people and regardless of what they’re going through, we all need to try and treat them better.

Throughout the years I have seen post after post of people showing just how cruel those with homes can be. Some places set spikes out in public places so the homeless don’t even have a safe place to lay their heads at night, and I am honestly tired of it. Rather than spending all of our time creating things to prevent the homeless from sitting and sleeping where they can be seen, we need to be helping them to make sure they have a roof over their heads and food in their bellies.

We should not be degrading these people or treating them like they are ‘less than.’ These people are still human, and we need to respect their human rights as a whole. Homeless people are going through rough times, and they are vulnerable in ways most of us could never imagine. They don’t know what they’re going to wake up to or if they will make it through each night.

Domestic violence and evictions are displacing families, particularly in eastern Brooklyn and the South Bronx. The Institute for Children, Poverty & Homelessness’s report noted that nearly 12,700 families, with some 10,750 children under 5, lived in city shelters at the end of 2018, a 55% increase from 2011. Although data shows domestic violence directed 30% of households into the shelter system — and evictions, 25% — the trajectory often includes multiple stressors, according to Chloe Stein, the principal policy analyst for the institute. “These triggers of homelessness don’t occur in a vacuum,” Stein said, noting the report culled data from the city and U.S. Census Bureau and pulled from interviews with families in city shelters. “These families were experiencing trauma on top of trauma, where they were experiencing violence, then lost their job, and then they were kicked out of their homes.” . DM for submissions! . #homeless #homelessness #antihomeless #hostiledesign #designagainsthumanity #defensivearchitecture #baddesign #hostilearchitecture #unpleasantdesign #sansdomicilefixe #sdf #latecapitalism #neoliberalism #urbanism #urbanplanning #gentrification #cityscaping #woodworking #newyork #nyc #brooklyn

A post shared by Cities Fighting The Homeless (@citiesfightingthehomeless) on Aug 4, 2020 at 4:33am PDT

The Guardian wrote as follows on how homeless are treated like criminals and well, it’s important for all to read:

Homeless people are some of the most vulnerable members of society – 28% of homeless adults are severely mentally ill, 22% are physically disabled, 15% have suffered domestic violence and 3% are HIV positive. But instead of recognizing them as victims who deserve our support and compassion, a growing number of cities are treating them as criminals who need to be punished.

In a recent report, the National Law Center on Homelessness and Poverty found that between 2011 and 2014, city-wide bans on camping in public increased by 60%, loitering, loafing, and vagrancy laws by 35% and bans on sleeping in vehicles by 119%. Some cities are even preventing people from sharing food with the hungry. And as we saw last November, when police in Fort Lauderdale arrested a 90-year-old man for feeding the homeless, local authorities are serious about enforcing these laws.

It’s no coincidence that while we are seeing an increase in laws that demonize the homeless, we are also witnessing an alarming number of attacks targeting people living on the streets: between 2012 and 2013, there was a 23% increase in violent crimes against the homeless. When law enforcement officers and policymakers – those who should be setting our collective moral compass – treat society’s most vulnerable with such contempt, is it any wonder that some people set out to rid the world of “the most foul vagrants,” as one New Yorker described homeless people on the Peek-a-Boo website?

But even those who don’t think we have a collective duty to help homeless people should be worried by this trend. Study after study shows that the criminalization of homelessness is not only morally questionable – it is an expensive and ineffective way of dealing with the issue.

Research from Rethinking Homeless found that chronically homeless people cost taxpayers $31,065 a year in incarceration, emergency room, and hospitalization charges. Providing those same people with permanent supportive housing costs on average $10,051 per year. By adopting this type of “housing first” policy, the state of Utah has managed to reduce chronic homelessness by an incredible 72% since 2005, with important cost-savings for the community. The same targeted strategies have helped reduce veteran homelessness across the country by 33% since 2009.

Criminalization not only costs more – it actually exacerbates the problem, creating a “revolving door” situation where homeless people go from the streets to prison, and then back again. The criminal records and fines they come back with make it more difficult for them to get the housing and employment they need to escape their situation and become self-efficient, reinforcing their marginalization.

Before 2019 ends, I want you guys to know about #hostilearchitecture or #antihomeless architecture . In America and around the world the stigma against the homeless is horrifying. Shelters are overfilled! Sometimes rough sleeping is the only option. Those arm rests on park benches aren’t for arm resting. They are to make sure the people society stigmatizes as under caste. This post isn’t holding purpose to protest (you can if you want to lol) but really to make others aware of their own privilege and see discrimination in plain sight. And as others believe that the minimum wage going up is great, it actually isn’t without the cost of living staying the same. Homelessness isn’t by choice, anyone can become victim of it in their lifetime!!! It’s because the price of living is so high. Not all homeless people are drug addicts are drunks, some are honest people who hit a rough patch. Due to America’s disproportionate wealth distribution and cost of living being unfit for a working class income it is fairly easy to fall in the cracks. Some people even are LGBTQ thrown out of their homes!!! This holiday season let’s be aware and show love to those who don’t have homes to get back to and please show empathy!! Because one day it could be you looking for a park bench to sleep on . #antihomelessarchitecture #antihomelessspikes #hostilearchitecture #minimumwage #workingclass

Yes, there are shelters for homeless people but those shelters are often way too full or have requirements that not everyone can meet. The more we push the homeless out and condemn them the fewer safe places they have to go. I know, it’s hard to see but have some compassion. In places where there are more and more people, homeless numbers are going to be high and until we do something to get those who have nowhere to go a place to go, things will never get better.

Next time you see someone on the street, rather than trying to ignore them or rush by them, treat them like a human being. Most of the time even just speaking with them for a few minutes can change their days. They are used to being treated like animals when we show them that we know they are no different than us, we help give them hope if nothing else.